Shortly after purchasing the first comtoise clock, I came across this one at a very good price. The movement is complete, with a wonderful dial, but all the other parts are missing. These parts include the pendulum, weights, weight cords and hooks, and a key.

The clock is marked Gaspard Decloitre à St. Martin d'estreaux. I was not able to find any other clocks by this maker, or in this French village. Saint-Martin-d'Estréaux (as it is now written), is a commune of around 890 inhabitants (2012) in central France. The only interesting landmark in this small village is a war memorial dedicated to the lives lost in the first World War.

Here are the photos of the clock when I received it. One of the first things I did was to clean the enamel dial, which had dirt and sticker residue on it.

In this first photo, notice how the clock was packed. I made the suggestion to the seller that she put cardboard behind the dial to keep it from getting crushed. What she came up with was to wrap a cylinder of cardboard (taller than the front) around the bell, and she also placed a double layer of cardboard over the front of the clock. The clock arrived in perfect shape, and I couldn't be happier. 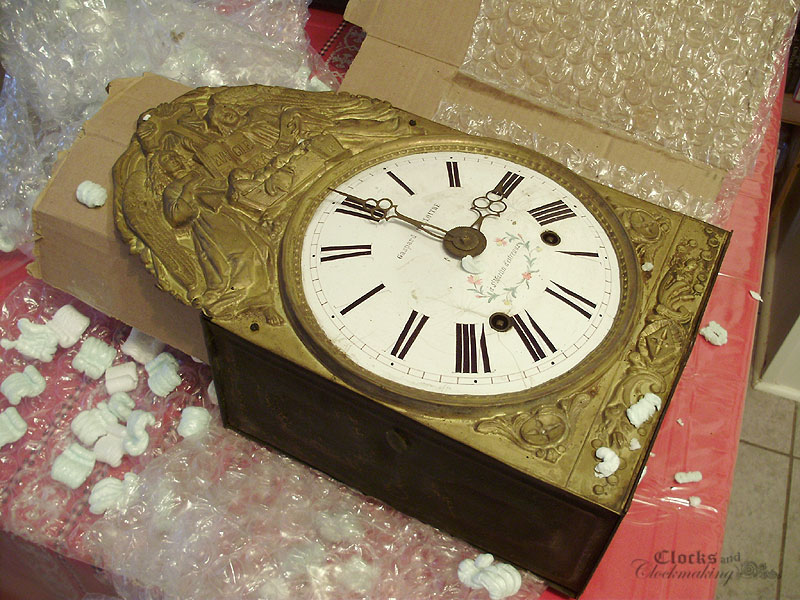 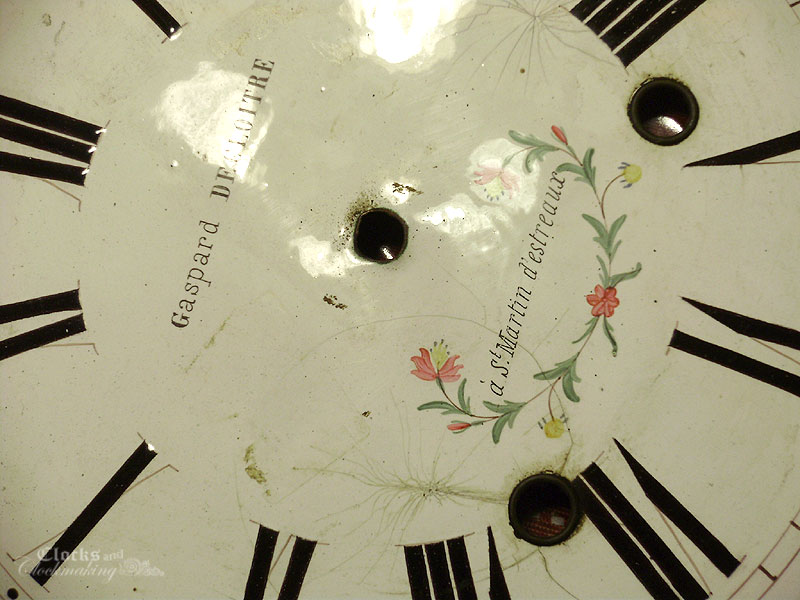 The rest of the "before" photos show the clock with the dial cleaned, but everything else "as is". The clock is much larger than the previous one. This clock is 19" tall, and 11" wide, while the previous comtoise was 16" x 10". 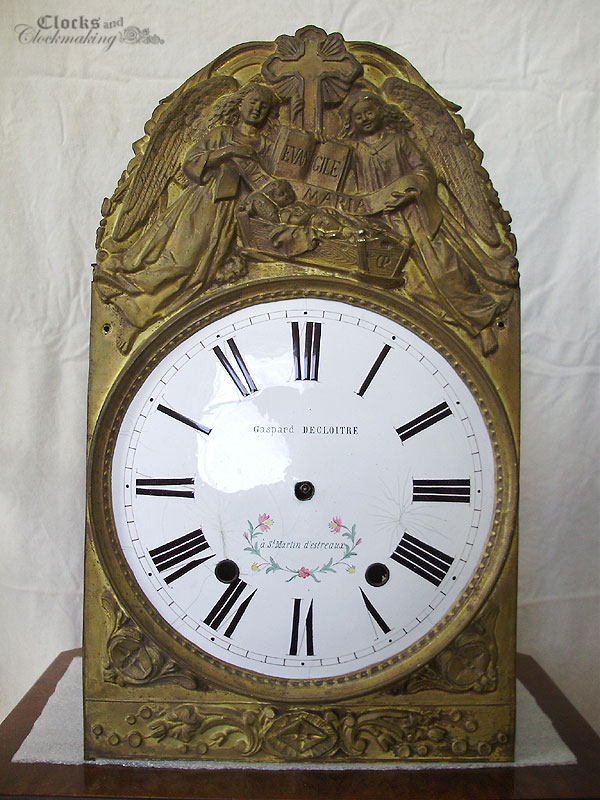 The movement on this one was absolutely filthy, with lots of rust on the lower half. 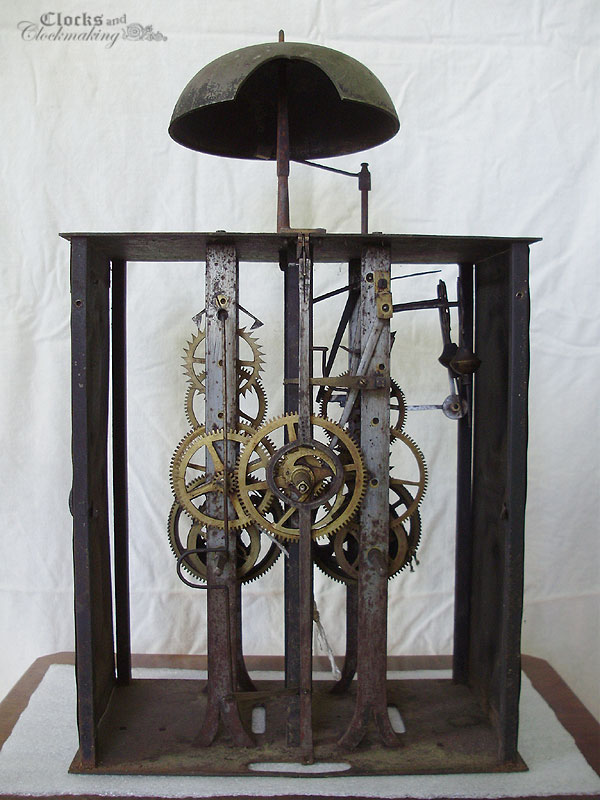 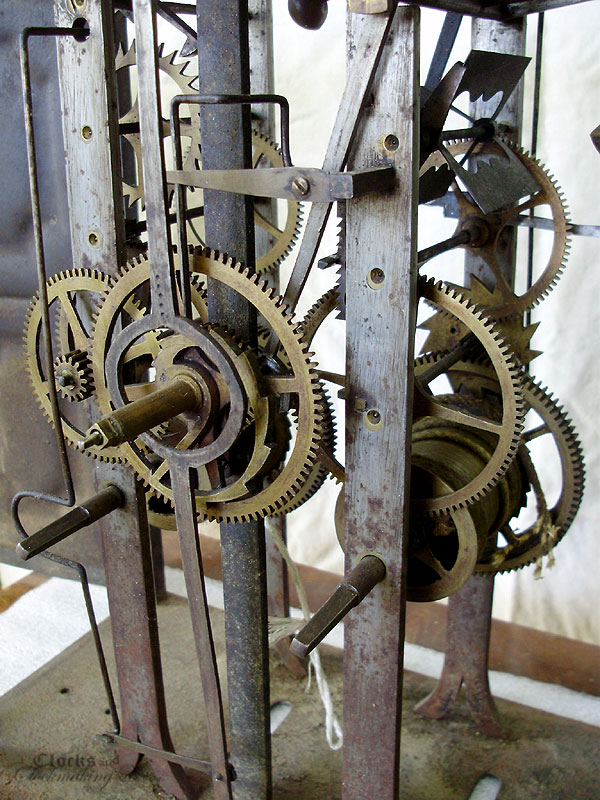 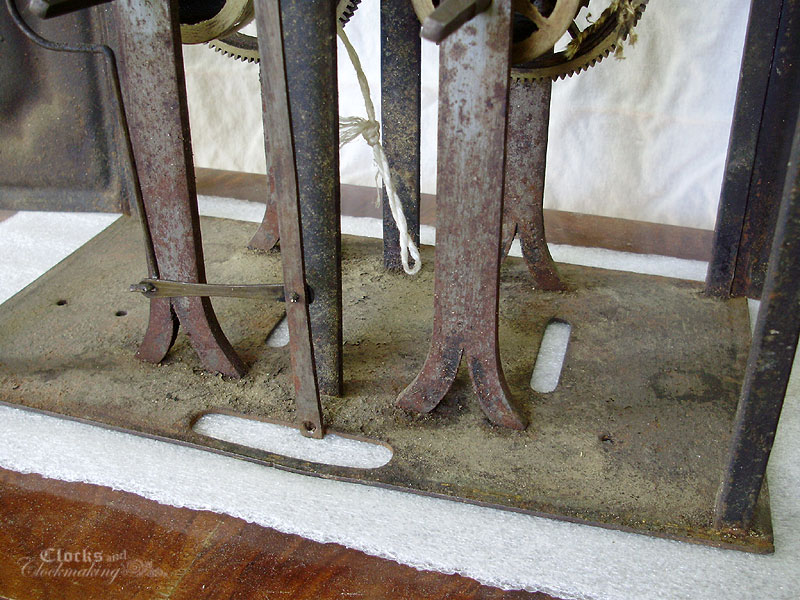 I believe the bell may have been dropped and partially broken. 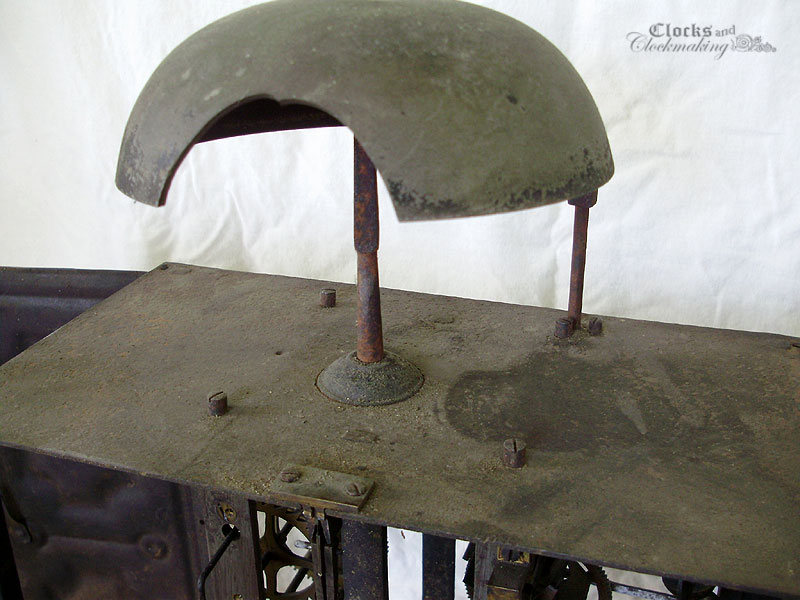 Notice the bent levers on the detent. 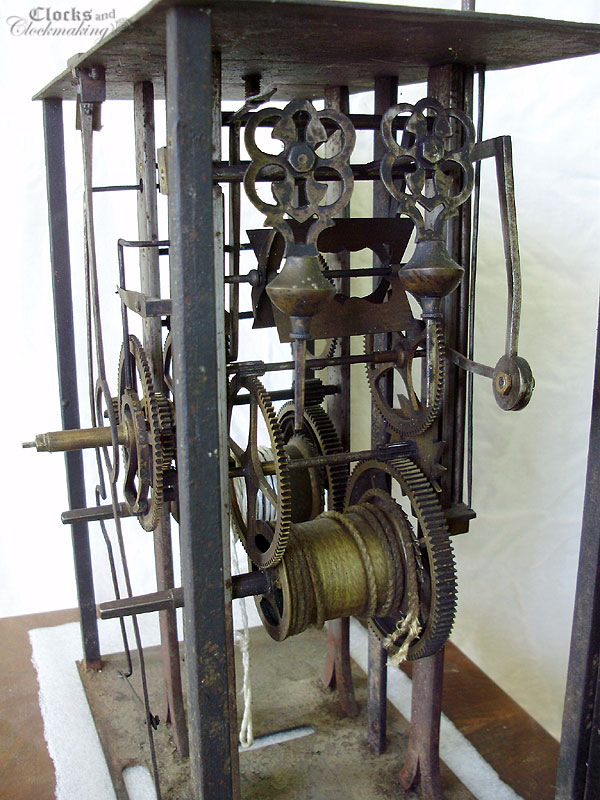 Note the completely blackened and filthy gear teeth and crossings. 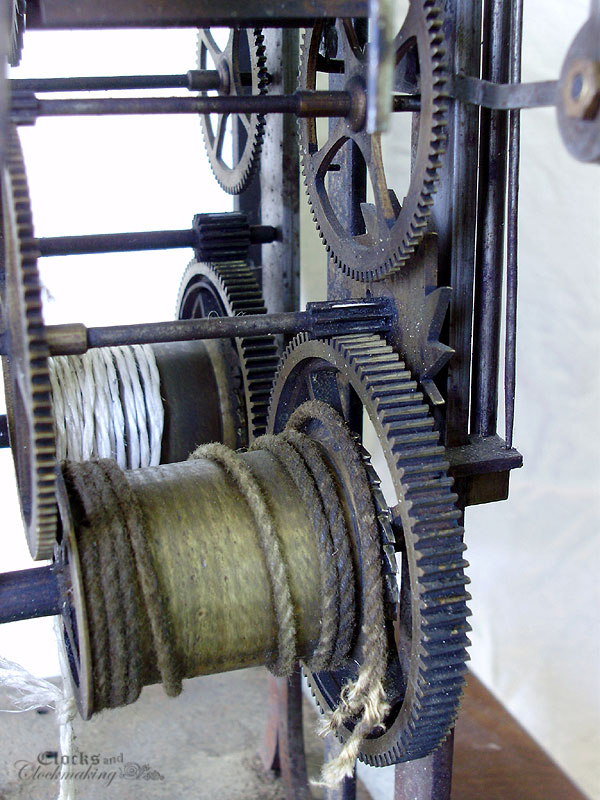 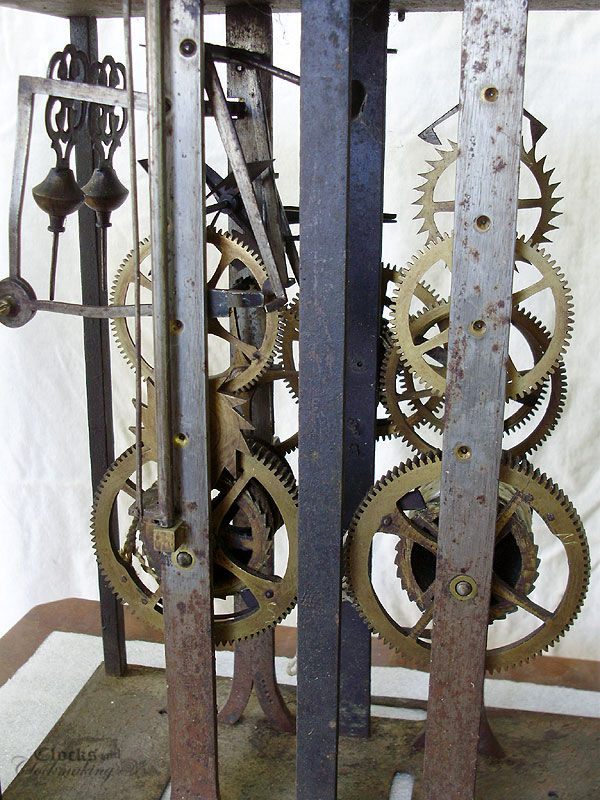 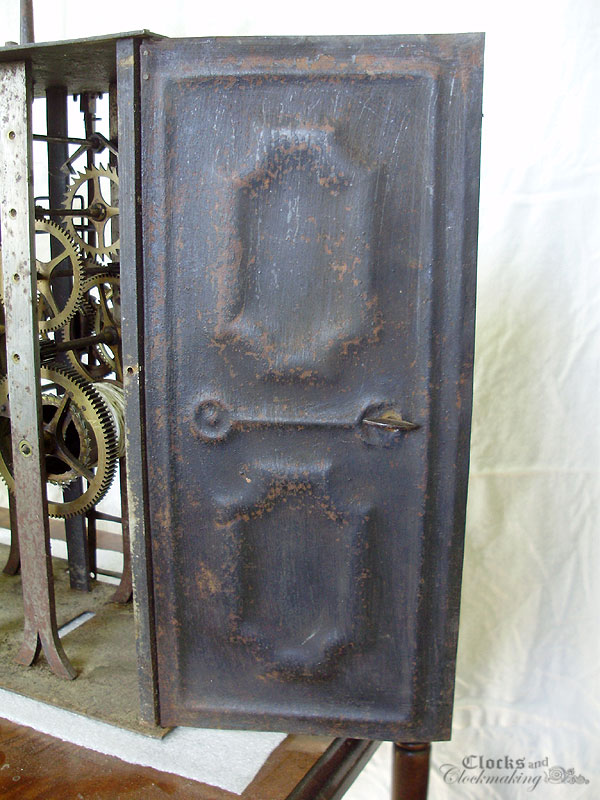 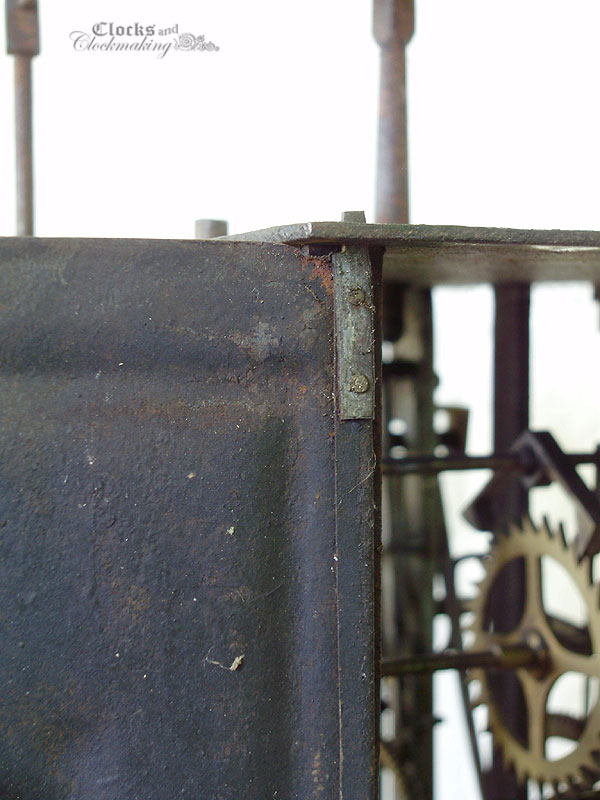 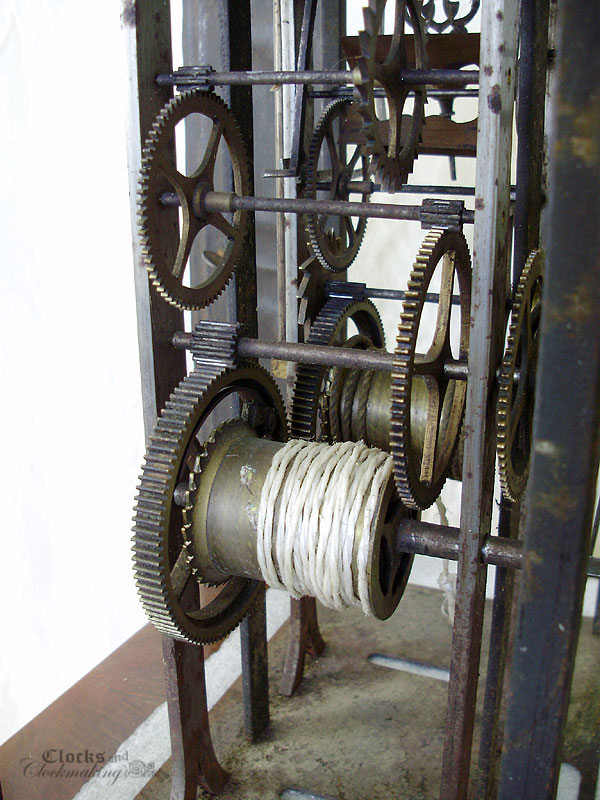 You can see spider webs in between the frames. 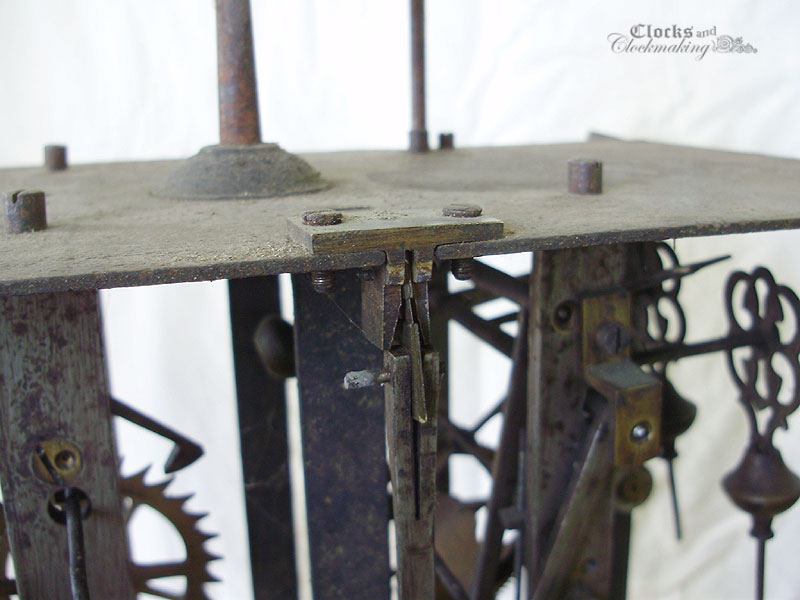 Heavy pitting on the base. 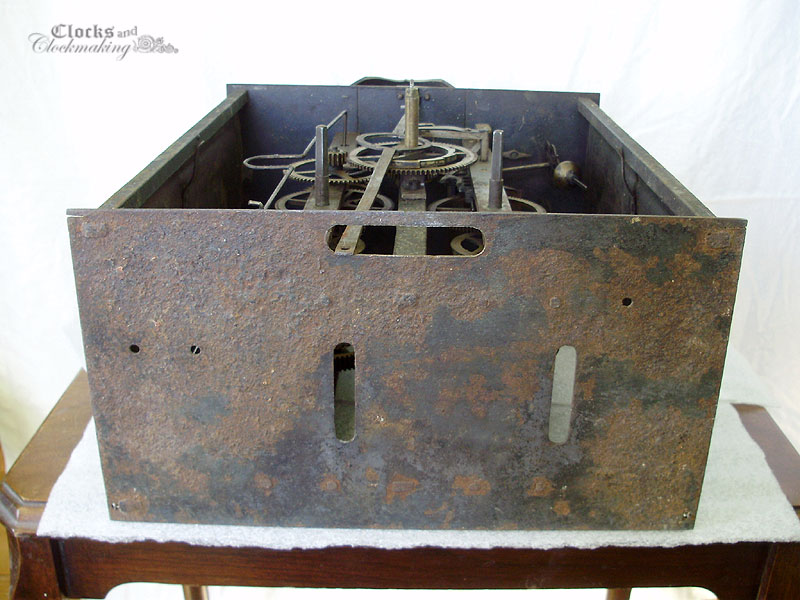 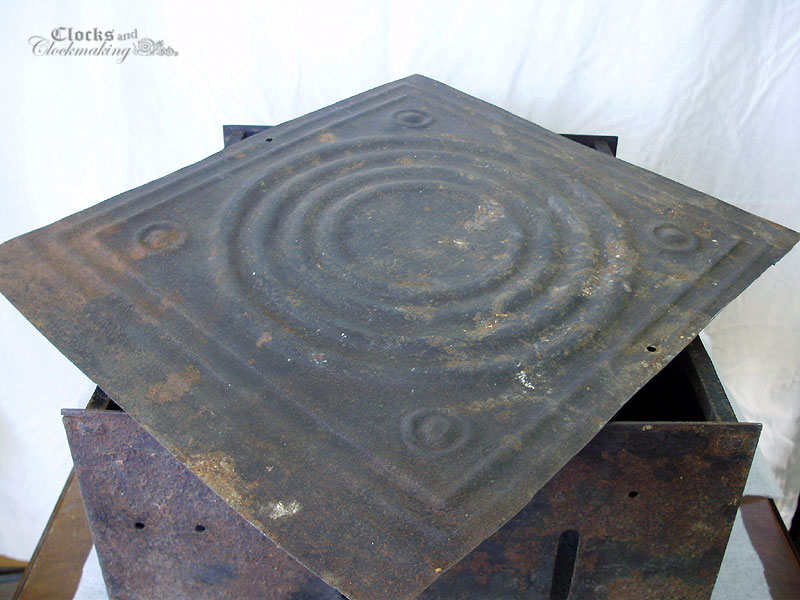 Part 2 will show the various repairs to the clock.
Posted by JC at 6:23 AM