Here's a beautiful clock that I purchased recently online. Do I need more clocks? No. But this one cost me less than the price to ship it here, so I couldn't resist. 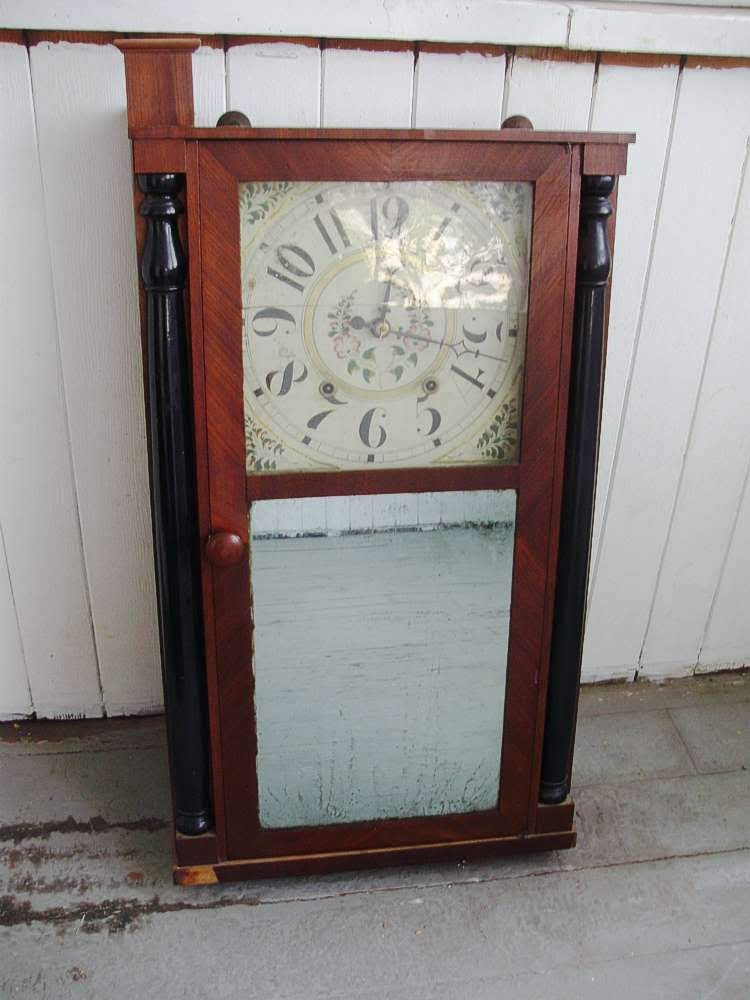 As sold, the clock was missing the splat, the right-hand return and chimney, some glue blocks, the weights, and the hands (these hands were stolen off another one of my clocks). Additionally, the original dial glass is cracked horizontally, but still held in place with the original putty.

When I bought the clock, I had assumed that the large door knob was a later addition that was covering a keyhole, but that wasn't the case. The knob is in fact, original, and I was able to find a few other Williams, Orton, Preston's & Co. clocks with the same knob. 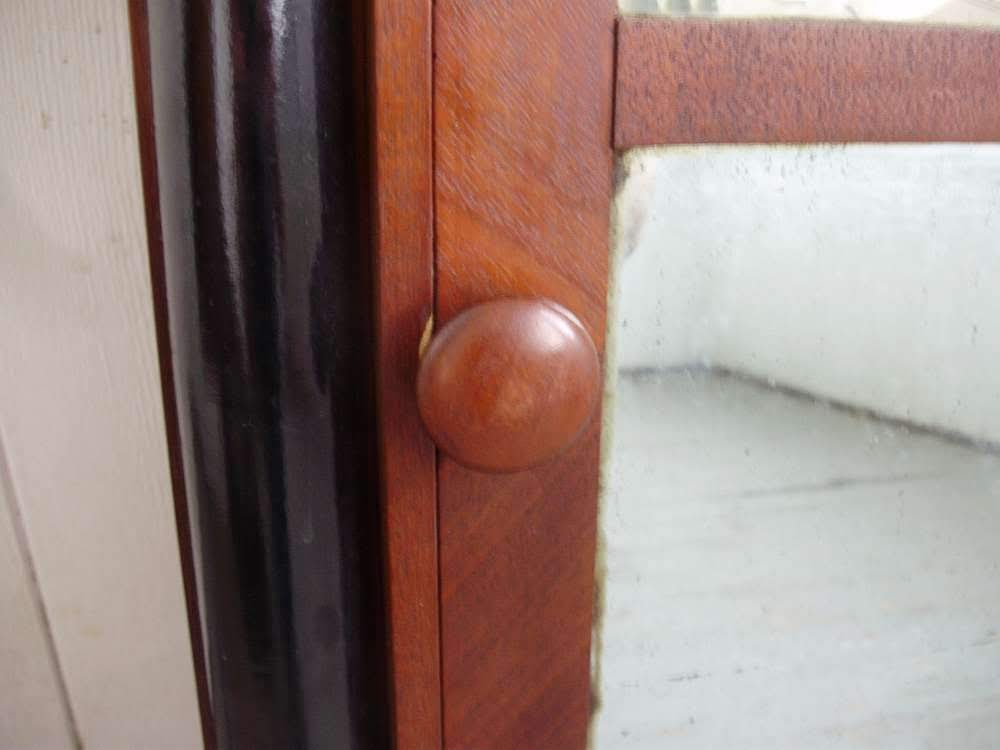 The label is in nice, but worn and torn condition: 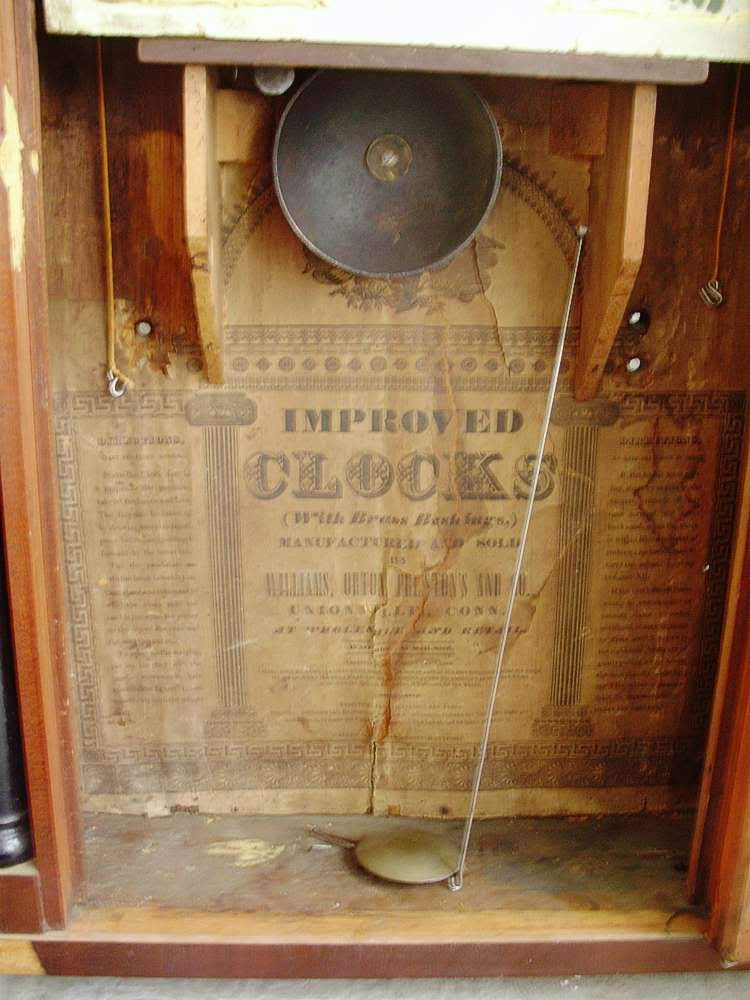 By far the nicest feature of this clock is the dial. Beautiful flowers, raised gilded gesso decoration, and an overall bright and clean condition: 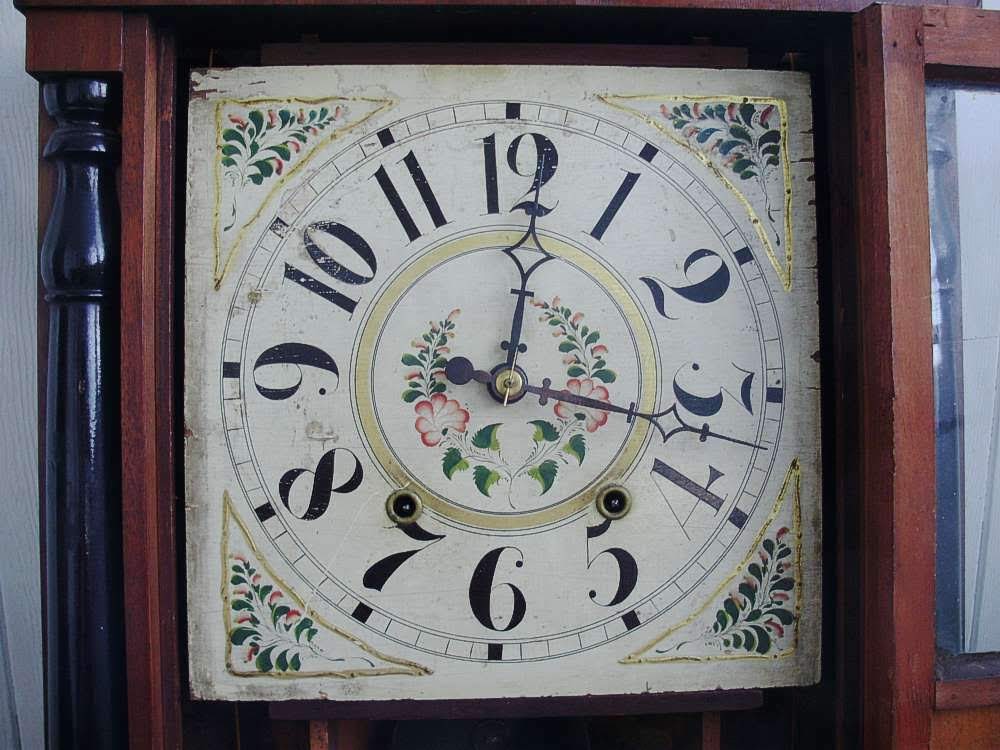 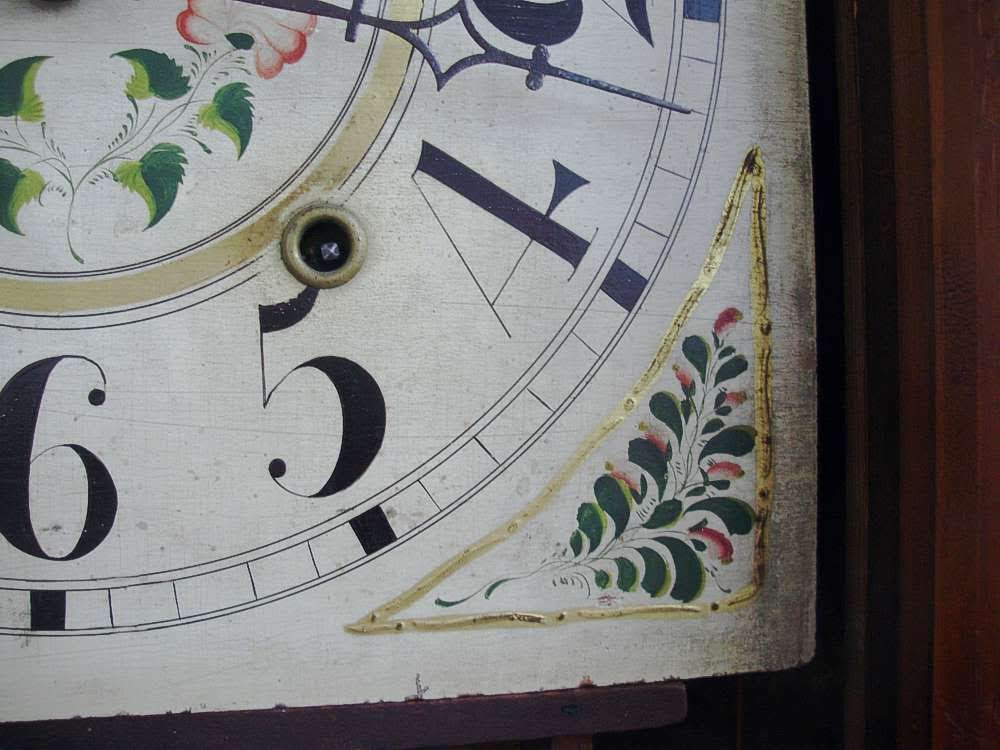 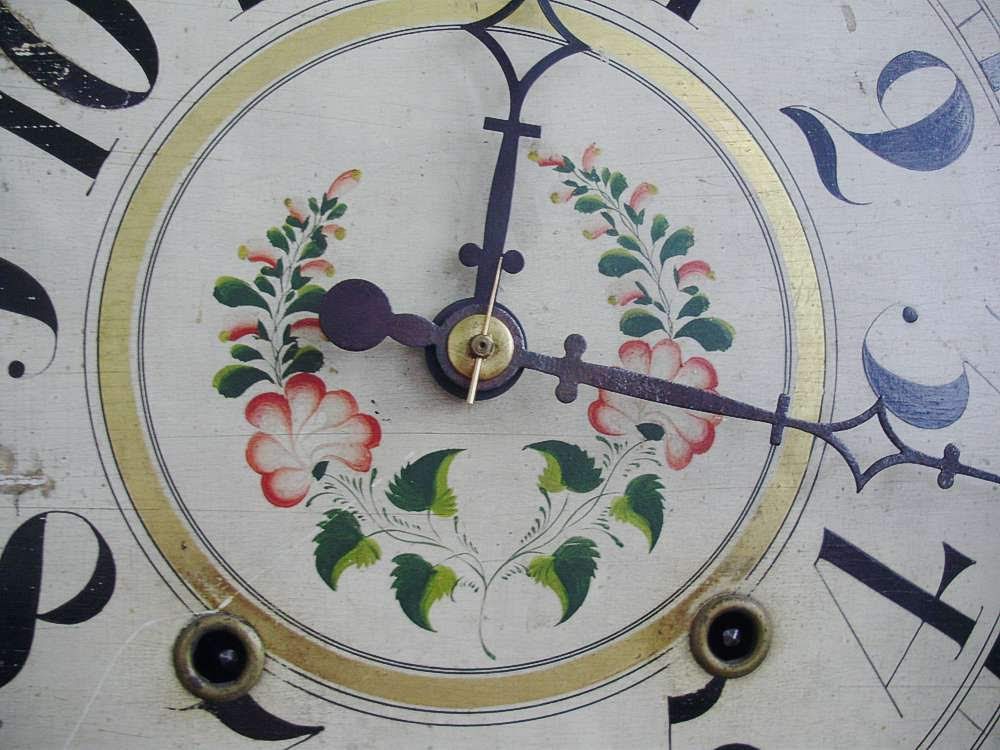 You can see that the door was never fitted with a Terry style lock, however, it uses the same kind of Terry lock disc to lock the door: 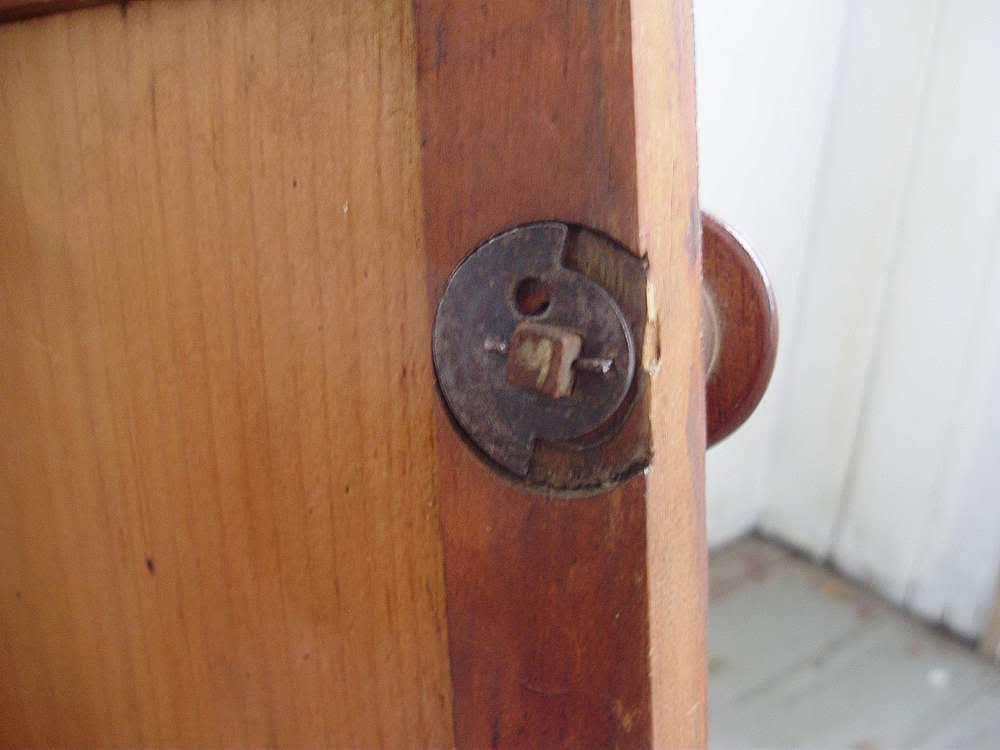 The left side chimney and return had previously been reglued and nailed in place (with 3-4 old square nails at various angles). There was also some veneer damage: 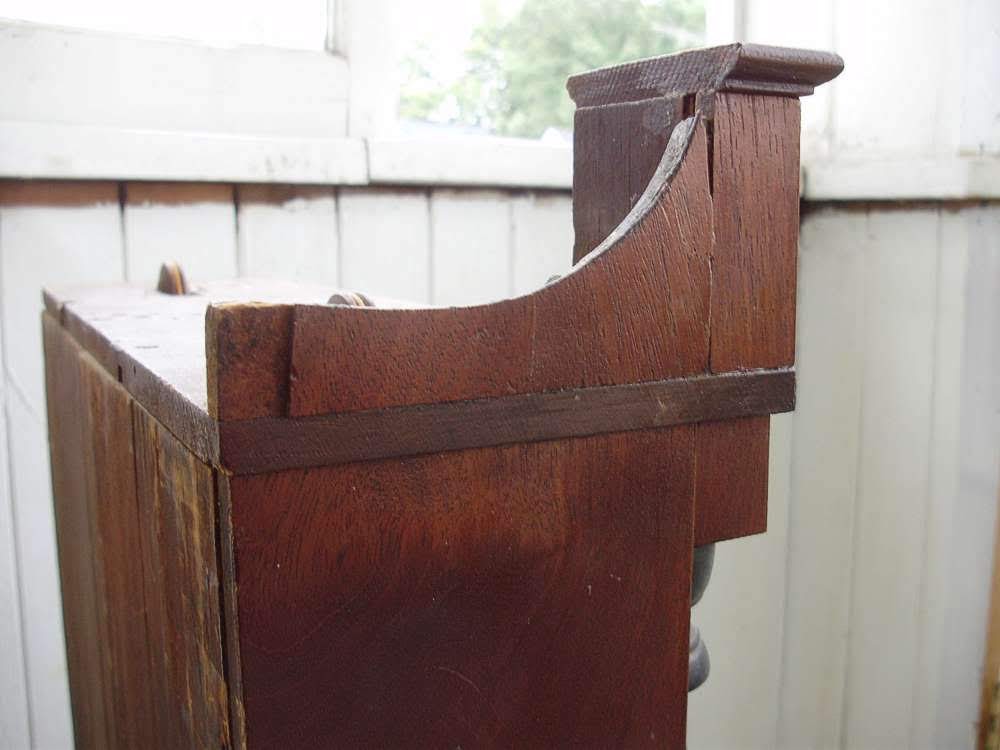 I believe the clock originally had a reverse painted glass, but it has been fitted with a mirror since at least September 26th 1885, because there are a number of penciled notes on the pine board behind the mirror. The reason I believe that the mirror isn't original is because there are faint traces of old putty around the edges of the door. The current mirror is old and thin, and I plan to leave it as-is. 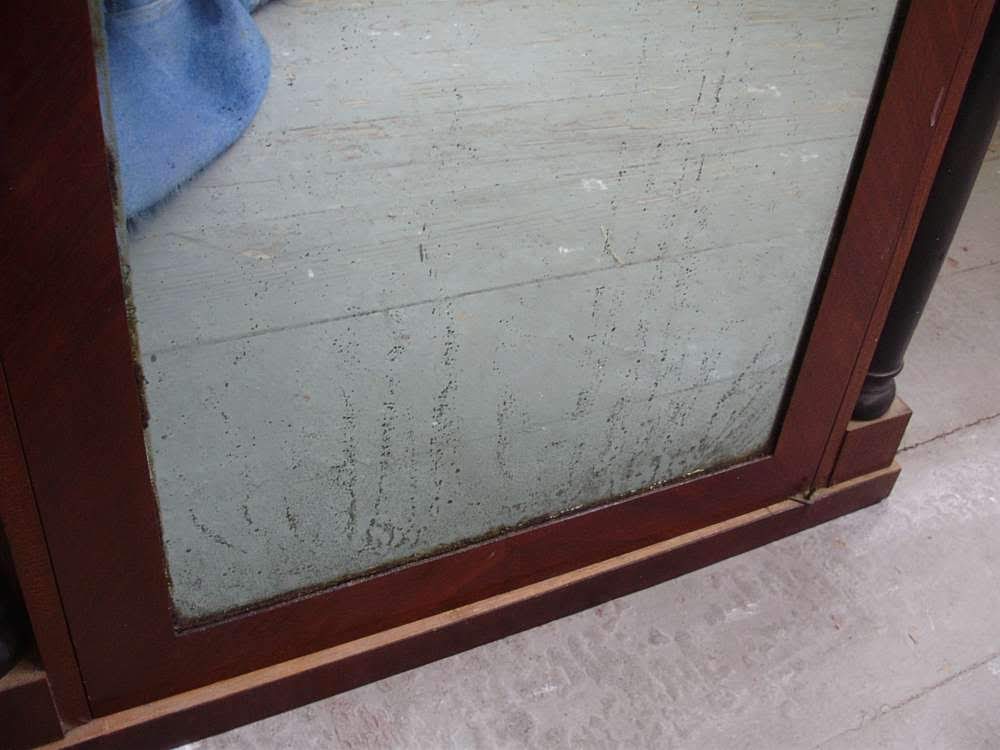 The tops of these clocks generally give you a good idea of what's missing. The missing top elements at the front are clear, but there is also a faint rectangular outline around the pulleys, which suggests that it had rectangular wooden blocks with a trapezoidal side profile. I'll try to make copies of those. Alternatively they may have been tin covers, but usually they have a different shape. 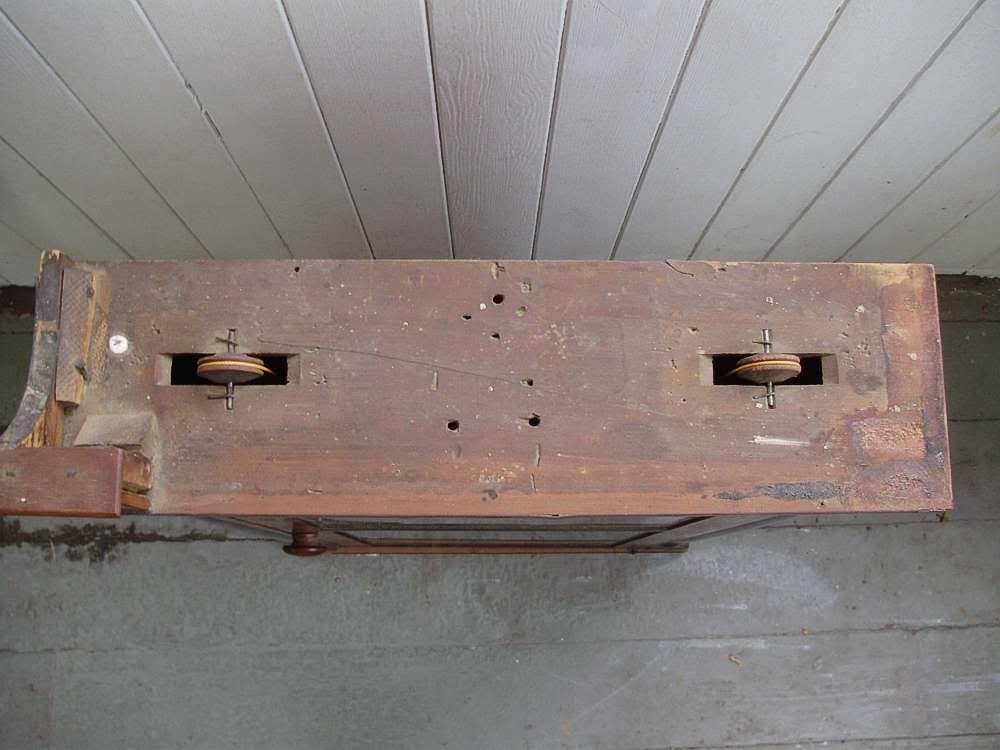 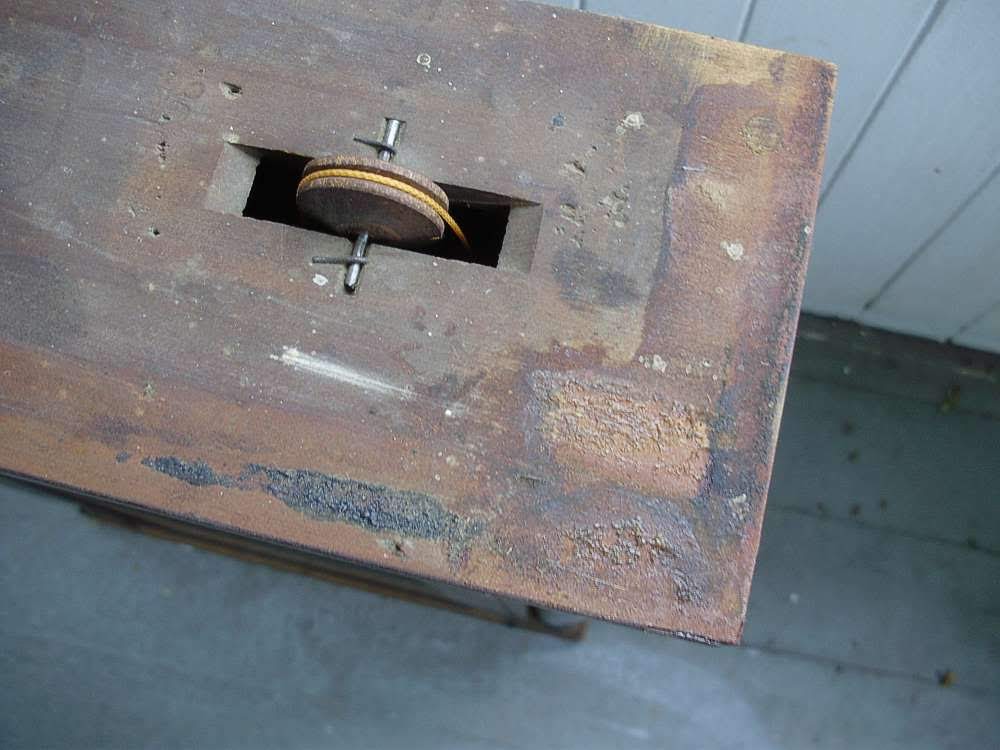 Here, some of the added nails can be seen. There are three clearly visible, with one missing on the large triangular block, and 2 deeply seated in the thin edge of the side return. 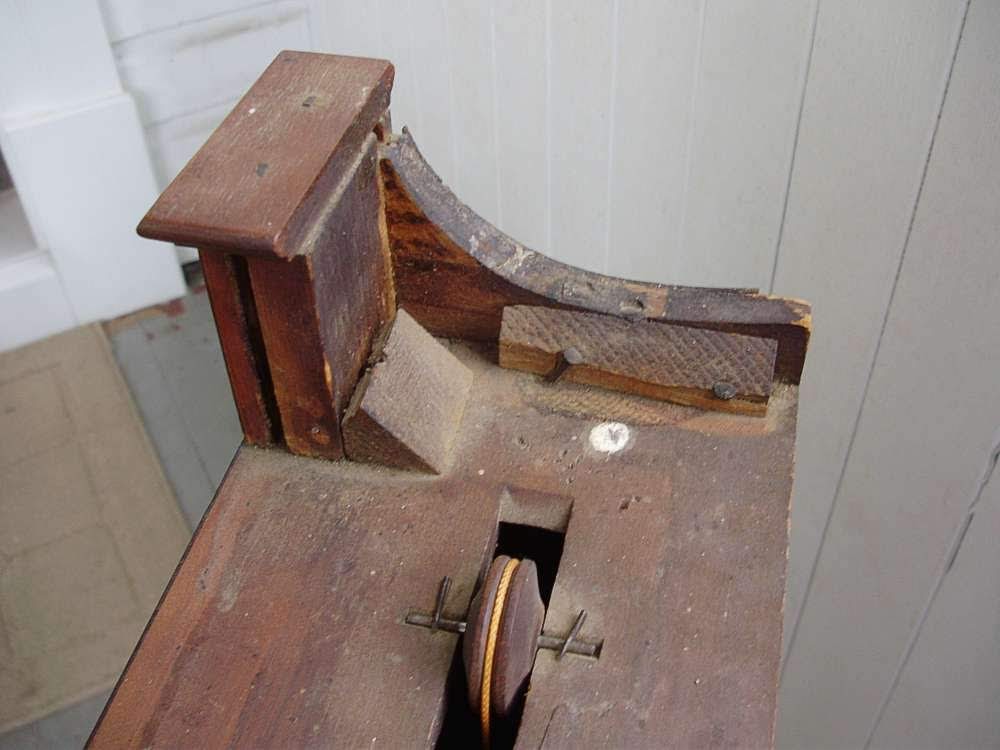 The clock largely needs just a few veneer repairs, a new top crest, chimney, and return, and some general servicing/cleaning.
Posted by JC at 5:59 PM