I happened to notice the other day that one of my clocks (a beautiful William S. Johnson Ogee from around 1845) was simply making a "clunk" sound rather than striking. I opened the door to find the gong wire sitting in the bottom of the case. I've never had this happen on any of my other clocks, but this isn't the first time I've had to repair a wire gong. 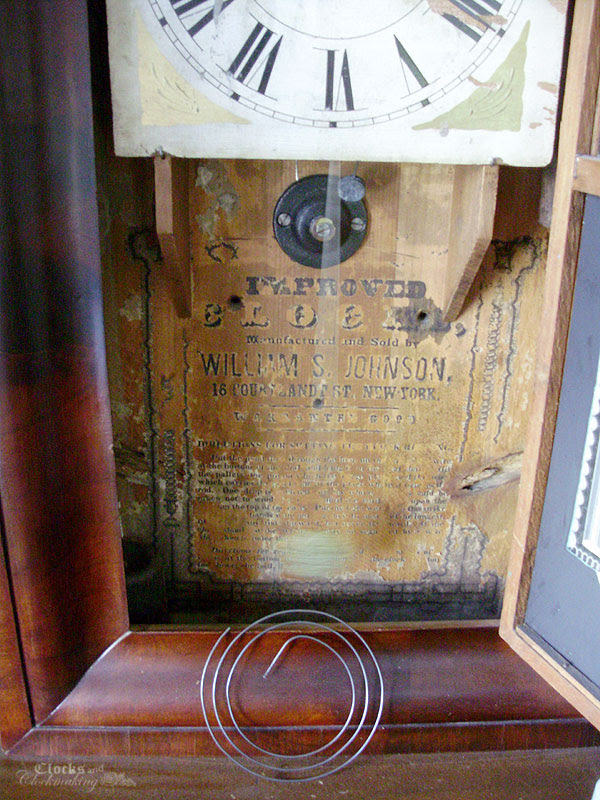 Since this is an easy and simple repair, I thought I would post a quick tutorial.

Spiral wire gongs are simple devices used in clocks, and they have been around since the late 1700s, I believe. They vary widely in quality from thick, heavy Victorian ones (found largely in English and German bracket clocks) to thin wiry ones found in Vienna clocks and American clocks. The sound they produce depends on the wire gauge, as well as the length, quality and hardness of the steel wire. The wire can be square, rectangle, oval, or round. Some wire gongs sound incredibly beautiful and mellow, while others sound absolutely terrible.

The gong on this particular clock has a very nice sound. The link at the beginning includes a sound file on the web page.

Unfortunately I didn't have enough lighting in this photo, so it's blurry, but you get the picture. The gong wire snapped off the brass hub right at the edge. This could have been caused by bending or adjusting the gong too much (in the past), and then eventual metal fatigue at the joint from all the thousands of hammer blows inflicted over the past 11 years since I've owned the clock (the clock was bought in 2005), and all the ones before that. For fun, here's the quick math: 156 hammer blows per day, x 365 x 11 = approximately 626,340 hammer blows over the past 11 years. Unrelated, but fun to think about: this math also means that I've wound this clock daily approximately 4015 times. 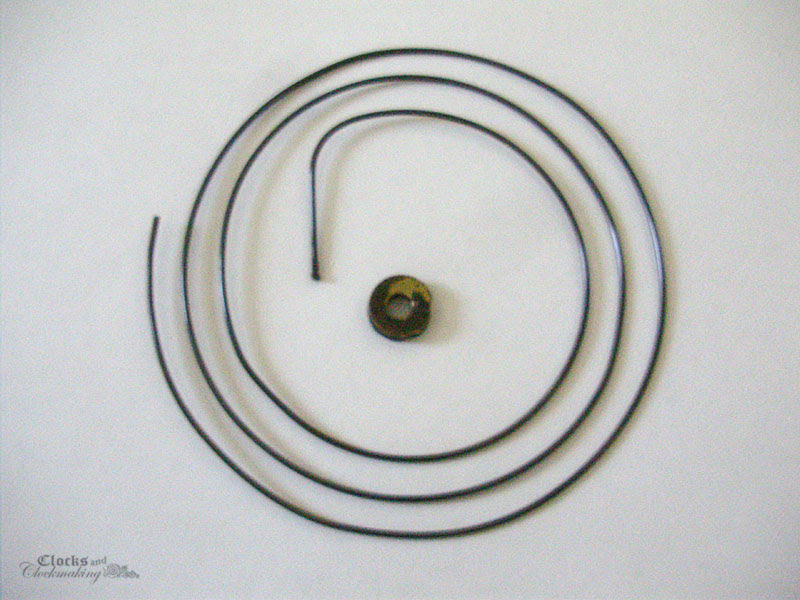 To repair a gong, you CANNOT and SHOULD NOT ever use solder. Solder will deaden and potentially ruin the sound. The wire needs to attach to the hub by purely physical means. This is done very simply by a friction fit, and a punch mark.

To do the repair, simply mount the hub into a small vise, and drill a hole into it for the gong wire to pass. The hole doesn't need to be tight, but you want the fit to be as close as possible. My wire was 0.055" diameter, and the hole I drilled was 0.054". With the wire coaxed into the hole, align it into a parallel plane, and on the back side make a small punch mark with a centre punch. That's it. Done. This is about a 5 minute repair. 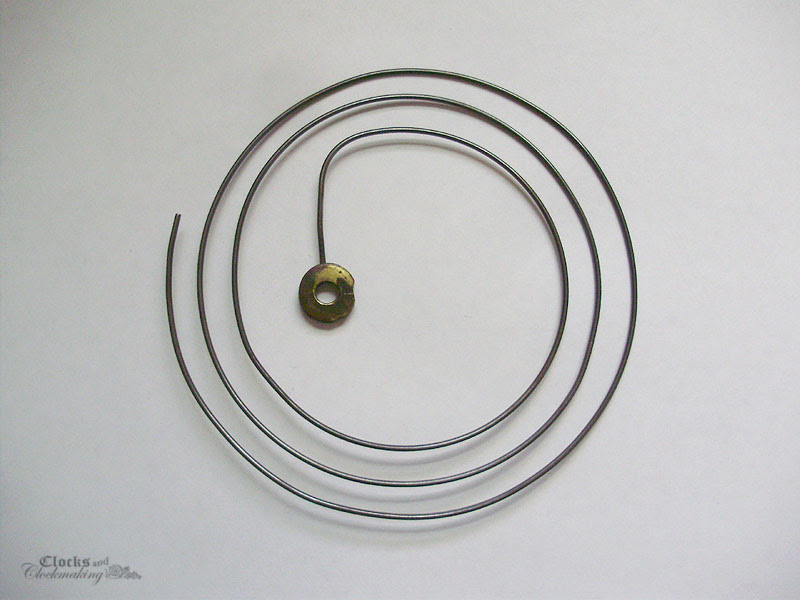 You can see the old wire stub here. If it hadn't broken cleanly to the surface, any protruding stub can be filed down flat to the surface, or if you're able, the stub can be punched through the centre, and removed, and a brass pin can be used to plug the hole. Be warned, however, that these wires are usually set into the hubs very securely, so you may do more harm than good trying to remove the old steel stub. 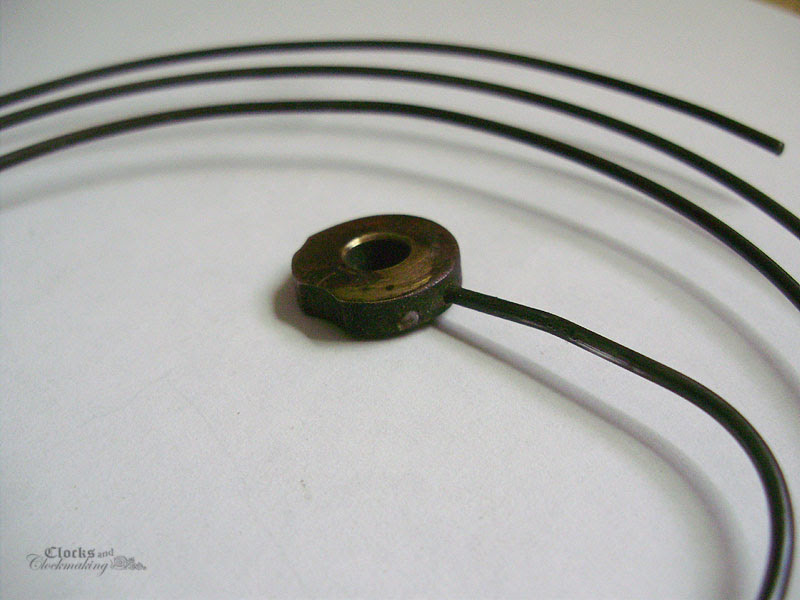 Here you can see the punch mark on the reverse side. Nothing too crazy. This is extremely secure, and the gong wire will not slip out or lose its position. 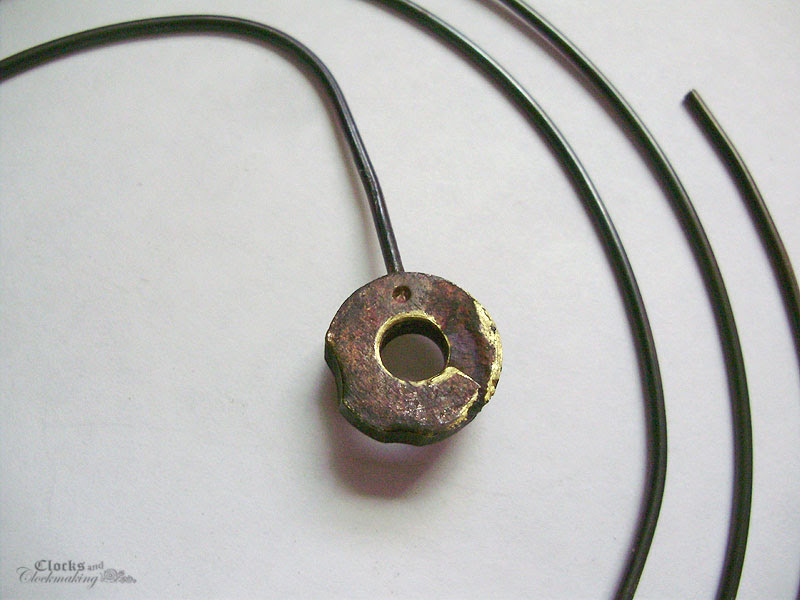 Sounds exactly like it did before, the only difference is that I've lost about 1/8" on the length. 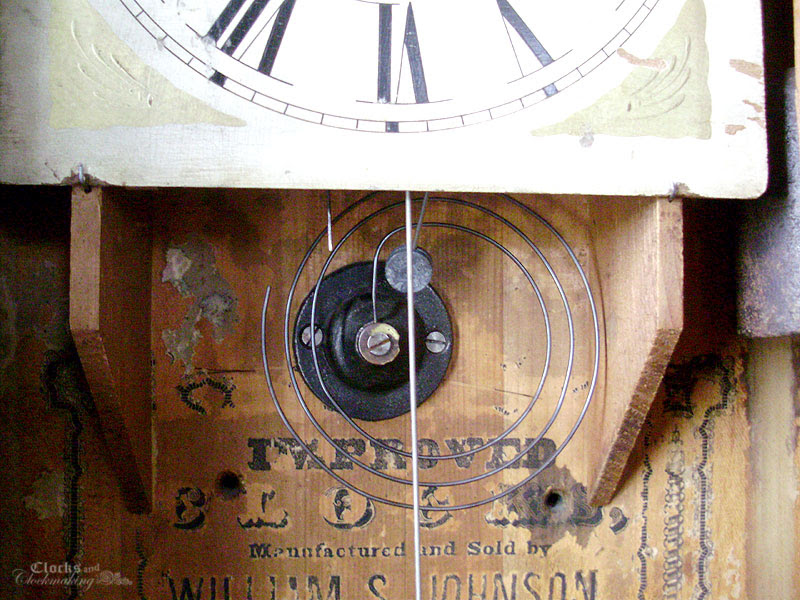