I've decided to do a whole bunch of veneer repairs on multiple projects all in one shot. It's always a pain to have to prepare and heat the hide glue (which I always prepare "fresh" from scratch). It's messy, time sensitive, and I usually hate having to do all the prep work. That said, once everything is ready to go, it's pretty simple to just start gluing all your pieces down. Most of the veneer patches are small chips, and don't need clamping (just masking tape pulled down tightly), while any long edges do need clamps to set up nice and flat.

The projects that I dragged out currently include the Birge & Fuller Column & Cornice (I'd like to get that one done soon), a Seth Thomas wooden works case (just the case - this was a junker that came with no door, movement, or dial, and I've been assembling parts for it for years. It's a nice early one that I don't see too often), the "Mystery" (Attributed to Elbridge Atkins) wooden works case, a beautiful crotch mahogany box (probably a tea box) which needs a lot of patches (almost every corner), and I was also going to work on my long neglected Waterbury Steeple clock, but when I took it out, I noticed it's rosewood. I have ordered some rosewood, so I'll work on that one once that comes in. 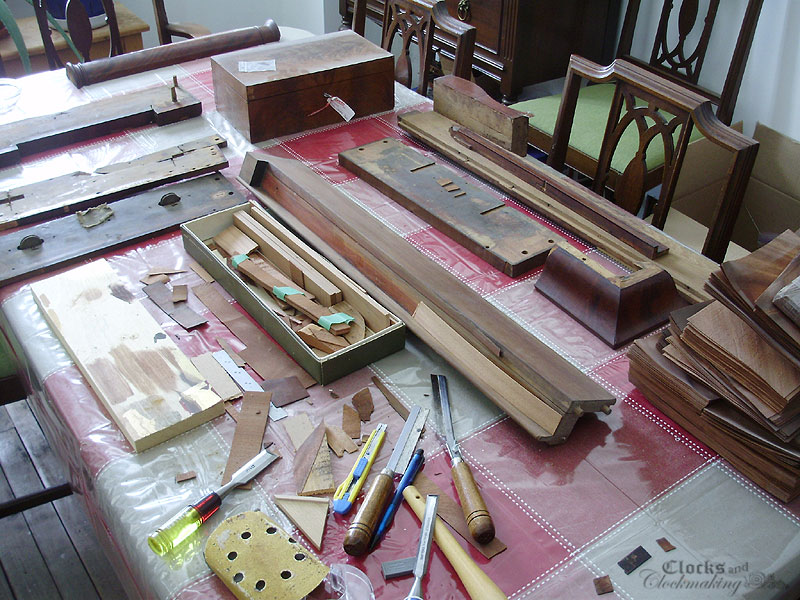 I've mixed the glue, and it's ready to use (it's waiting in the fridge), and right now I'm cutting all the little sections of veneer that I need for 90% of the patches. Some of the boards have splits or large breaks, and those need to get glued before they can be veneered. Everything else (that I can) is getting trimmed and fitted so I can do it all in as few "sessions" as possible.

Here you can see several of the patches ready for gluing. Many are just temporarily held in their spots with tape. 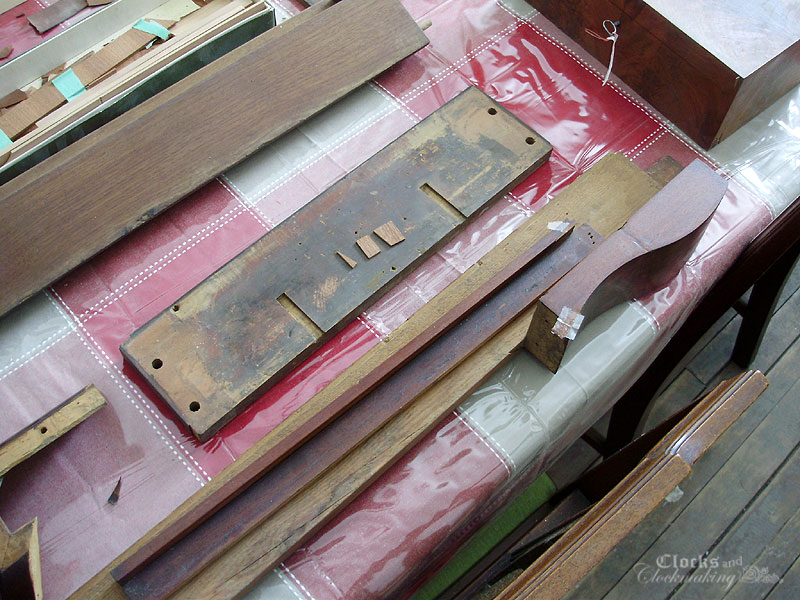 Two top boards being trimmed of broken chunks, and ready for patches. 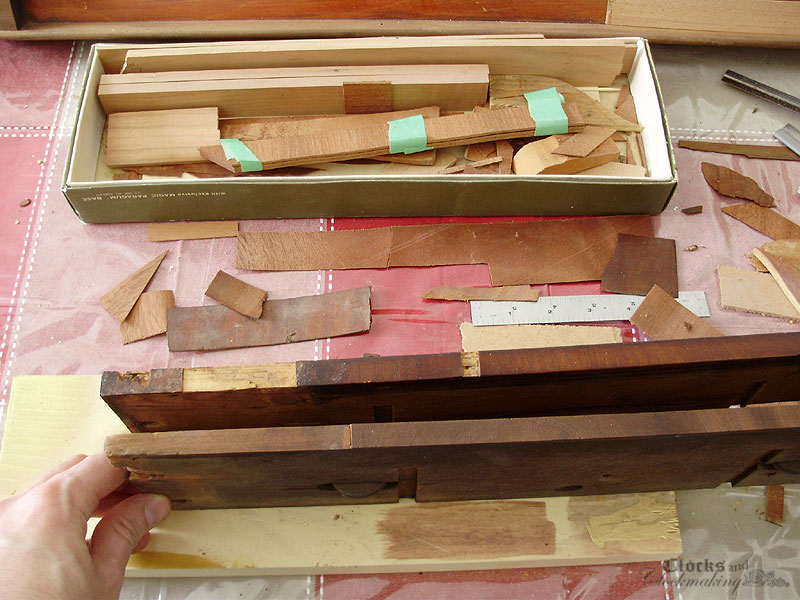 
Side note: The mirror clock is on hold until I receive the movement, which is on the way.
Posted by JC at 12:57 PM