This is a clock that I purchased very cheaply on eBay back in summer of 2009. Since moving to my new house back in early 2010, this has been one of MANY clocks that has just been sitting patiently, waiting to get the royal treatment.

I chose to work on this clock over others because the fragile (broken) door was not with the case (I had it sitting elsewhere), and I've been carefully moving it around in the basement for 3 years, and I thought I could get the clock restored fairly quickly. 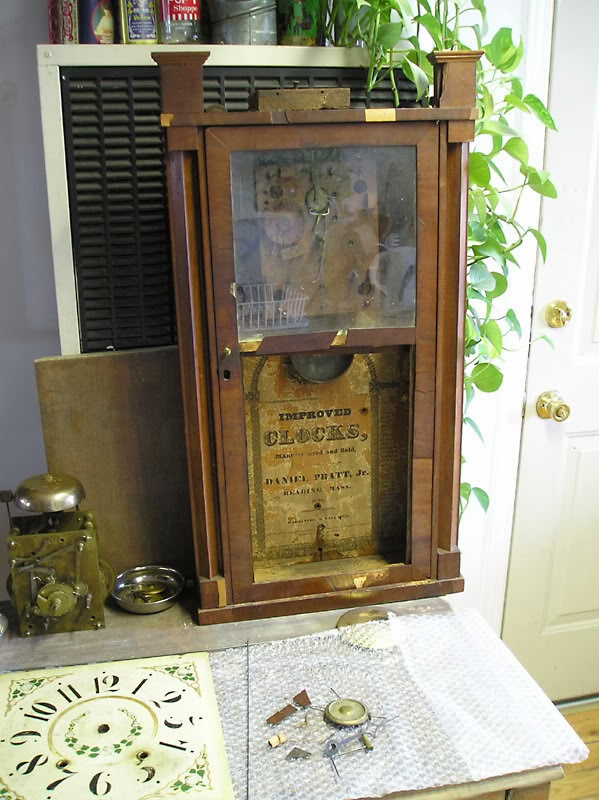 The clock was inexpensive due to its horrible condition, however, it had a lot of potential: it had the original dial, pendulum, key, and movement; and most of the case elements were still there. 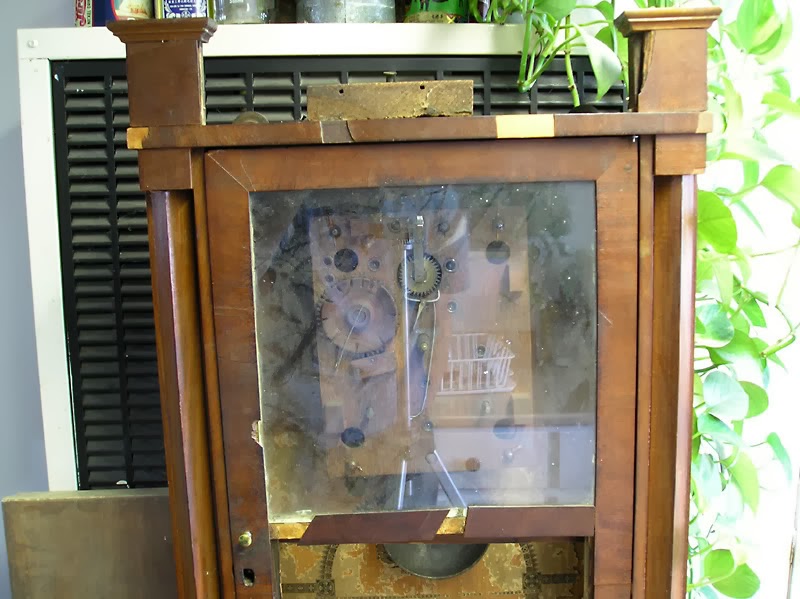 The main issues with the case involved a large break to the door, a missing splat, and several veneer repairs. 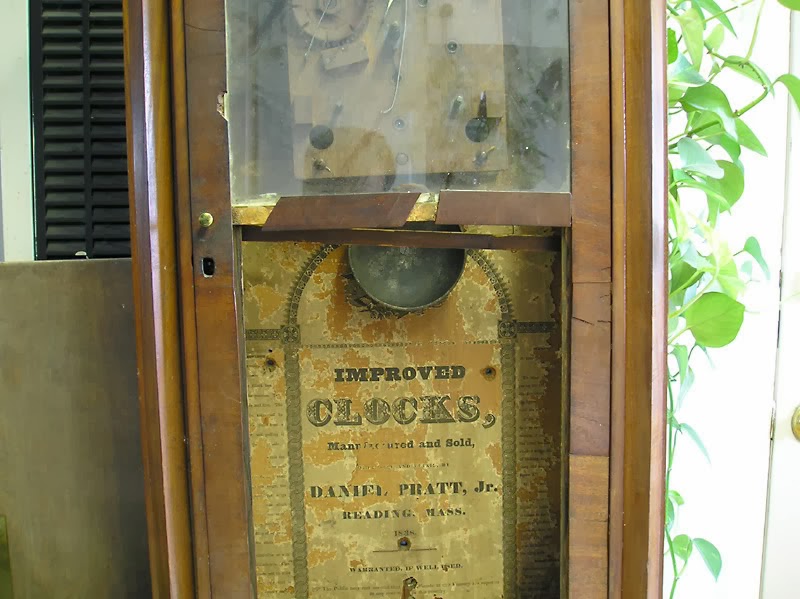 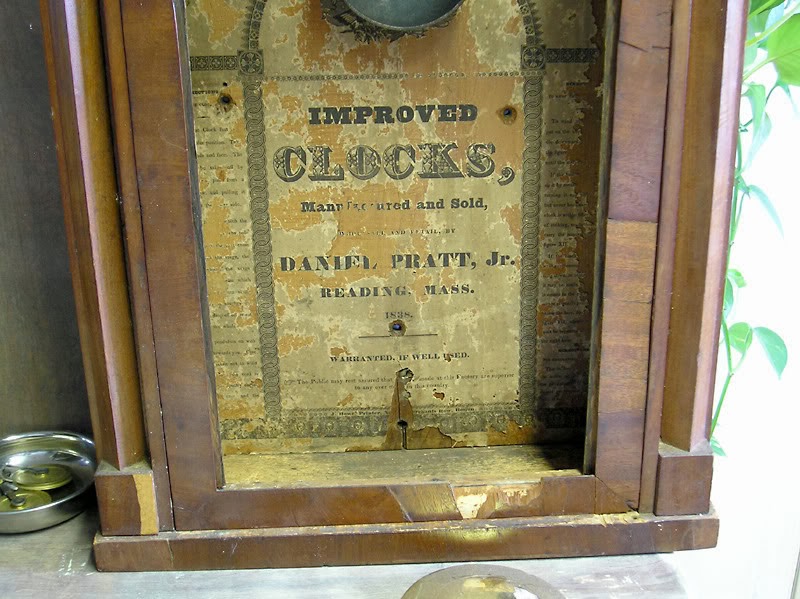 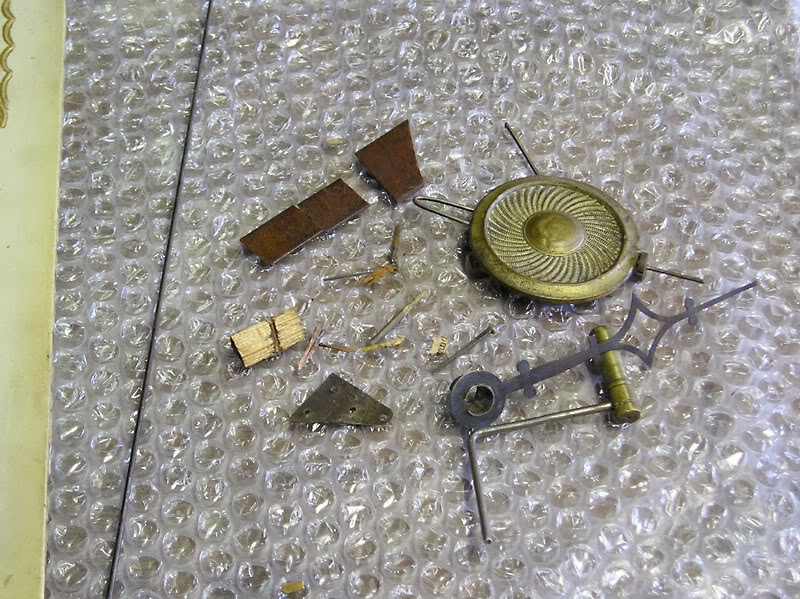 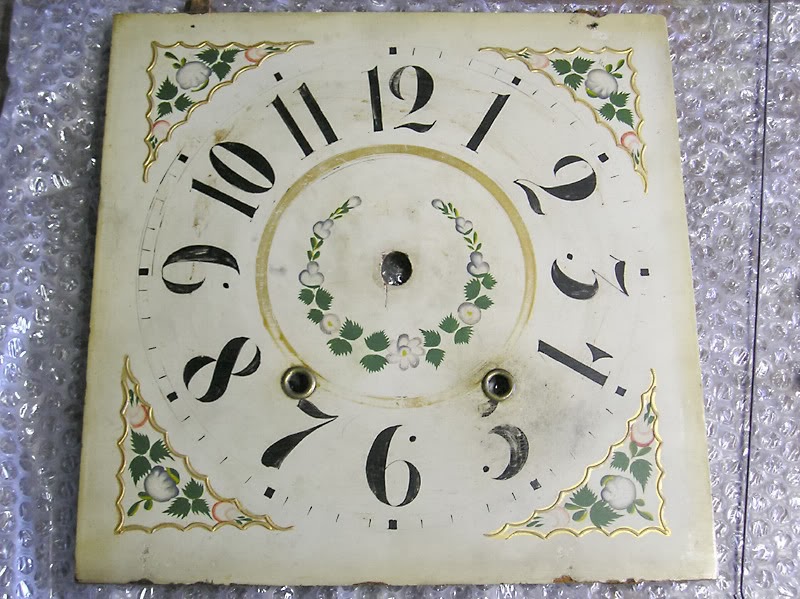 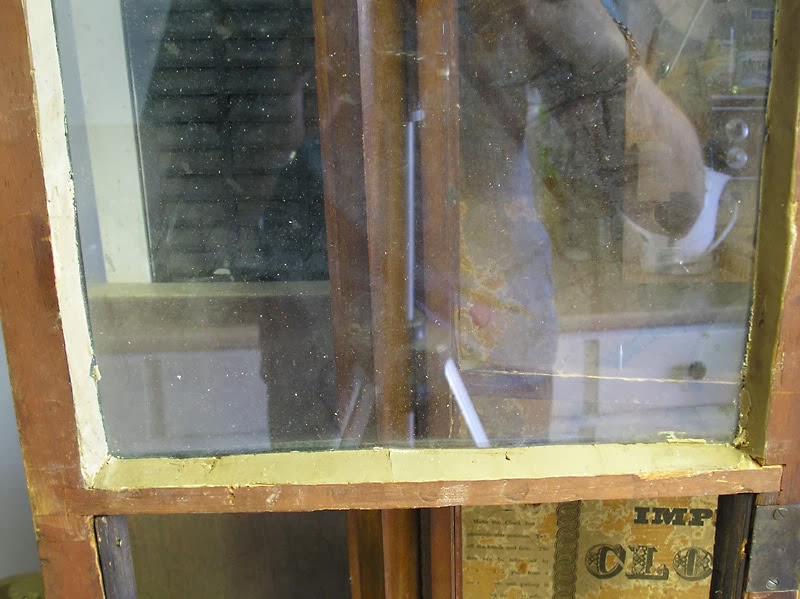 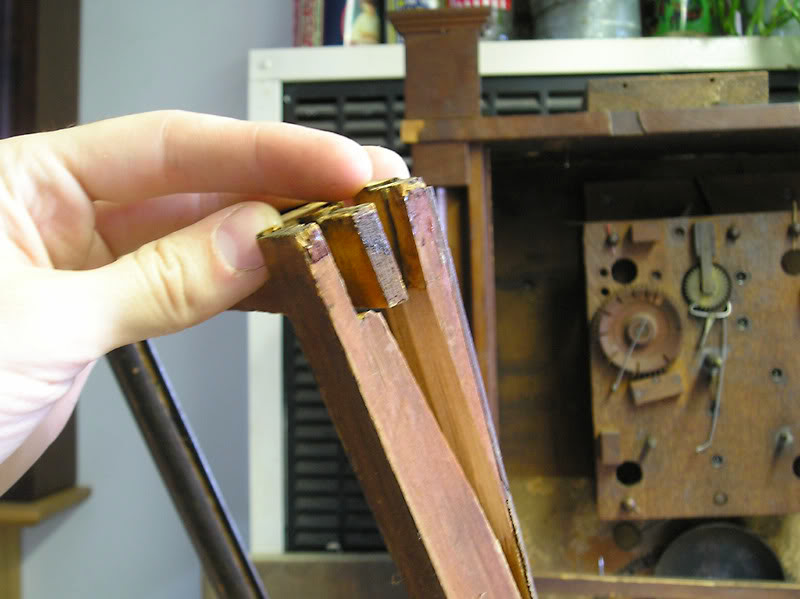 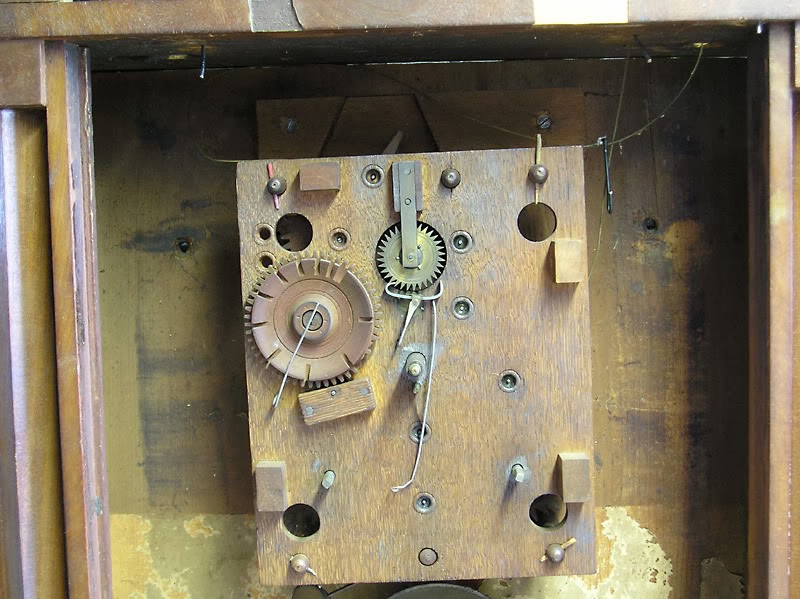 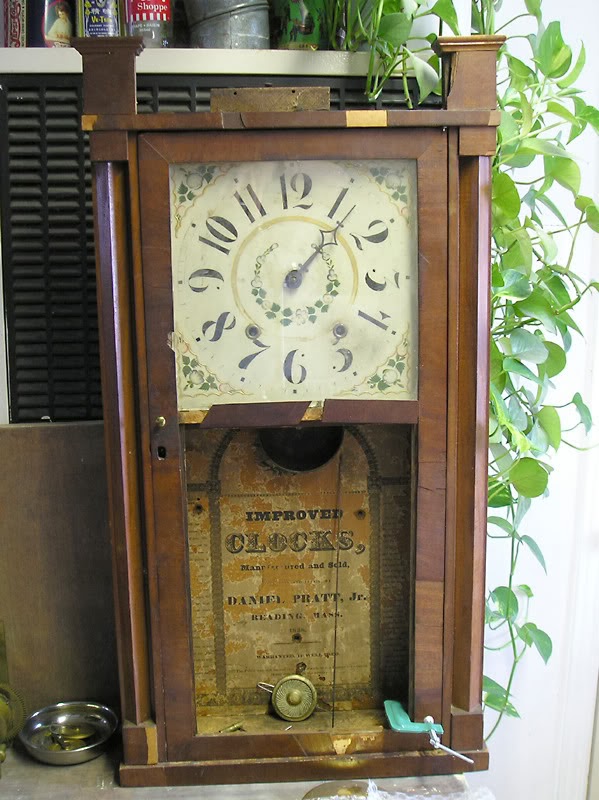 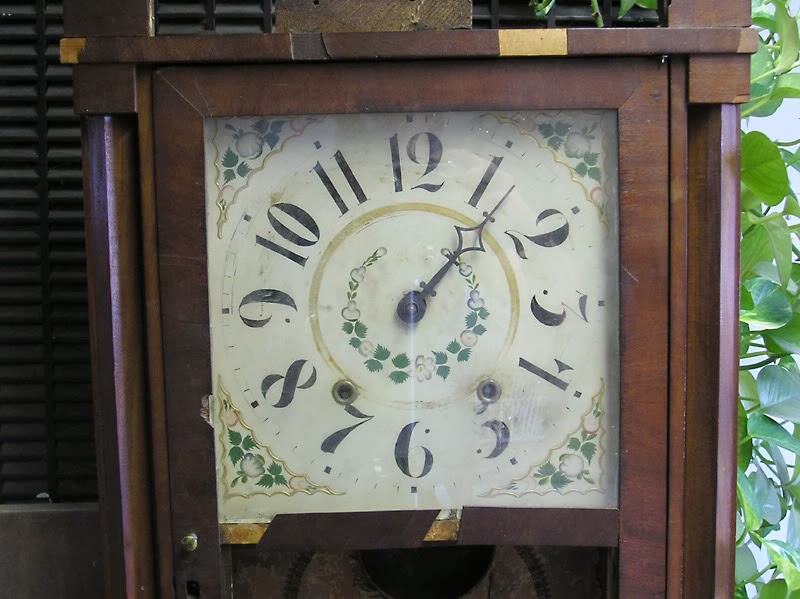 Part of the reason I liked this clock was for the dial, which has colour-painted floral motifs (rather than simple gold corners), and unusual triangular columns. I have not seen too many wooden works clocks with triangular columns, since the more popular designs included turned half-columns with black and gold stencilled decorations, and a matching top splat.
Posted by JC at 8:24 PM