French comtoise (sometimes called Morbier) clock pendulums tend to be large, bulky, and quite fragile. The bobs tend to be made from very thin hammered or pressed brass, and it's very common to see these all buckled or caved-in. They CAN be repaired (as shown below), but the procedures involve uncrimping the edges, and this can only be done once, maybe twice at the most, as the brass will then be too fragile to bend again.

In this post I will show 2 examples of comtoise pendulums that I repaired, but I have done 3 of these so far (see the part 2 post where I explain the same procedure: https://jcclocks.blogspot.ca/2015/03/comtoise-clock-restoration-part-2.html)

Here is pendulum No.1 before:

This pendulum was in fairly decent shape, except for some rust, bad rivets, and the buckles in the bob. 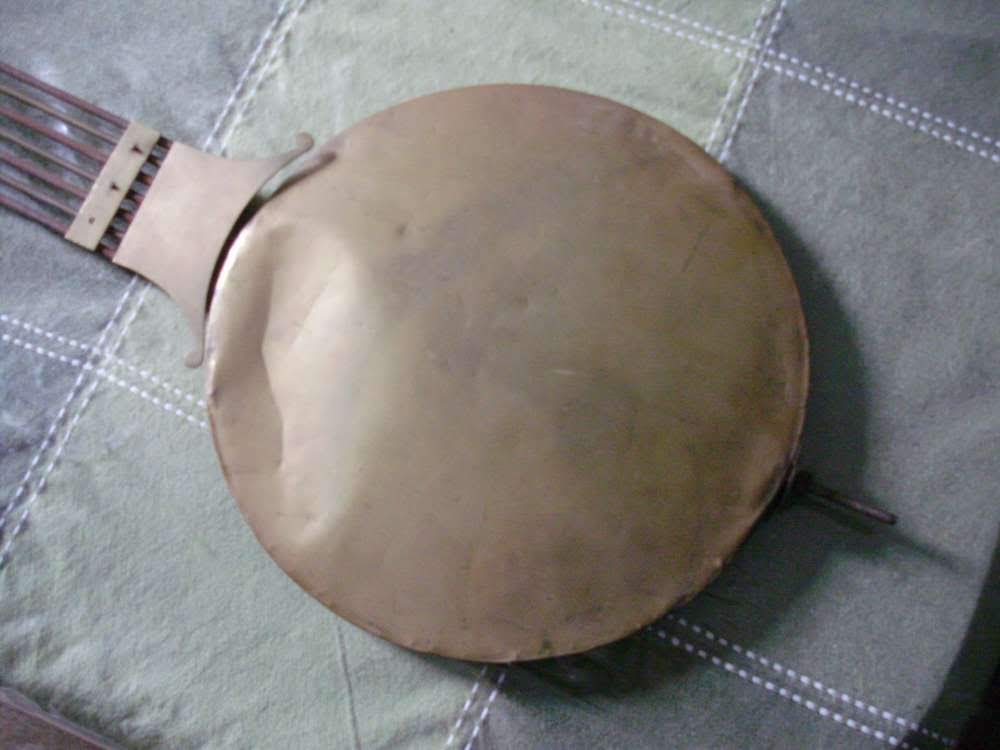 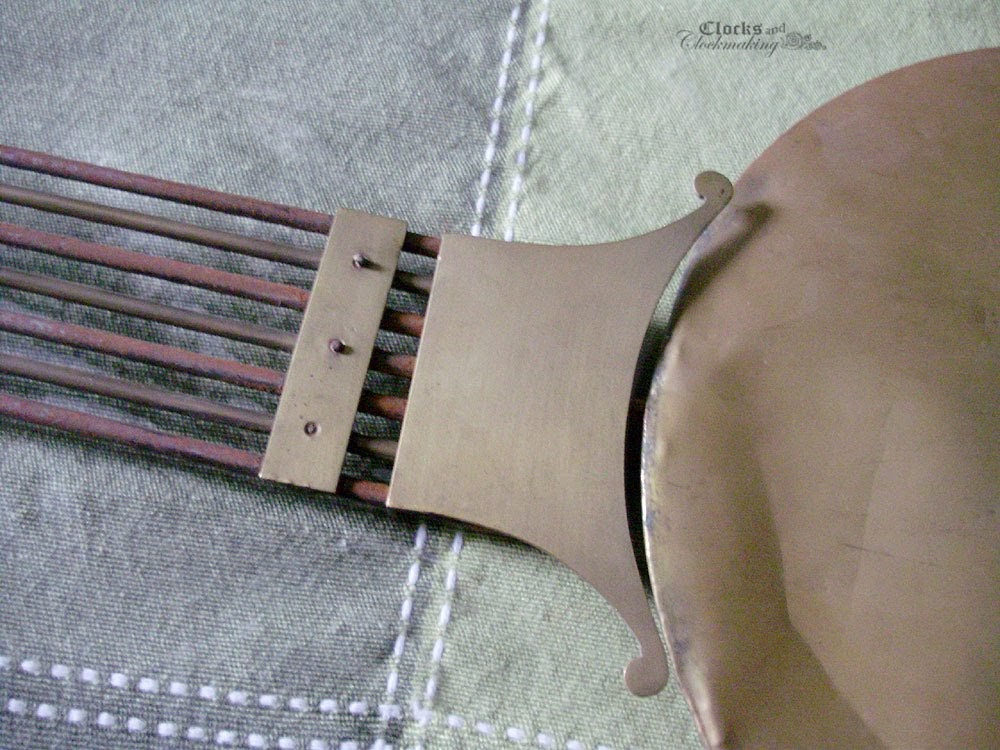 The top had an extension added (poorly) 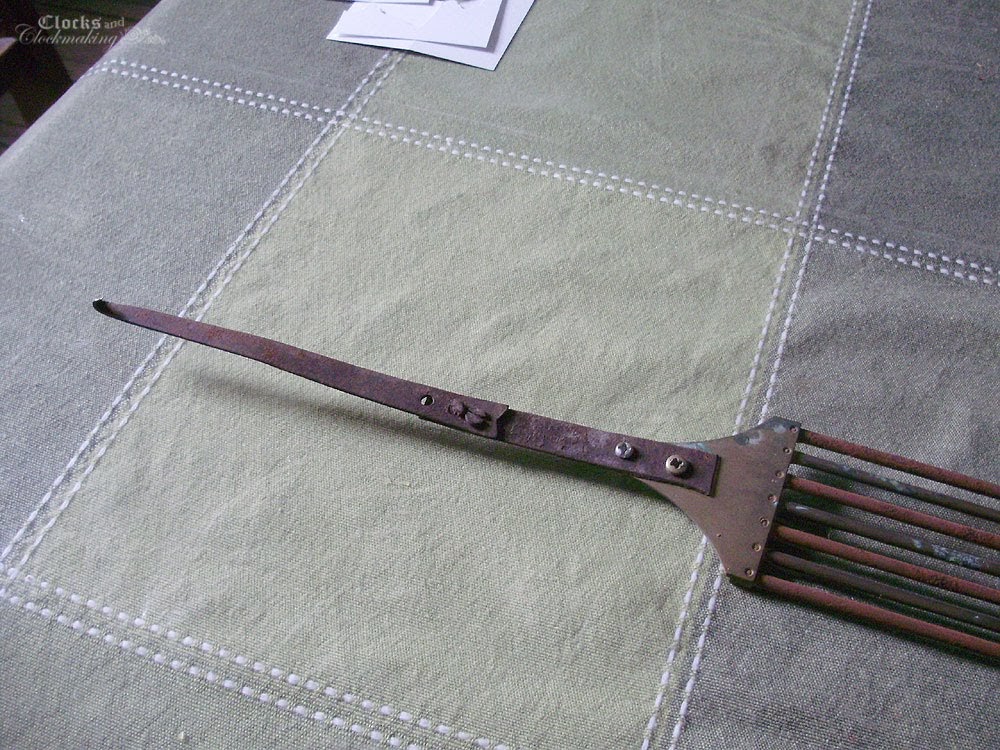 Rust, masking tape, and some buckling to the back as well. 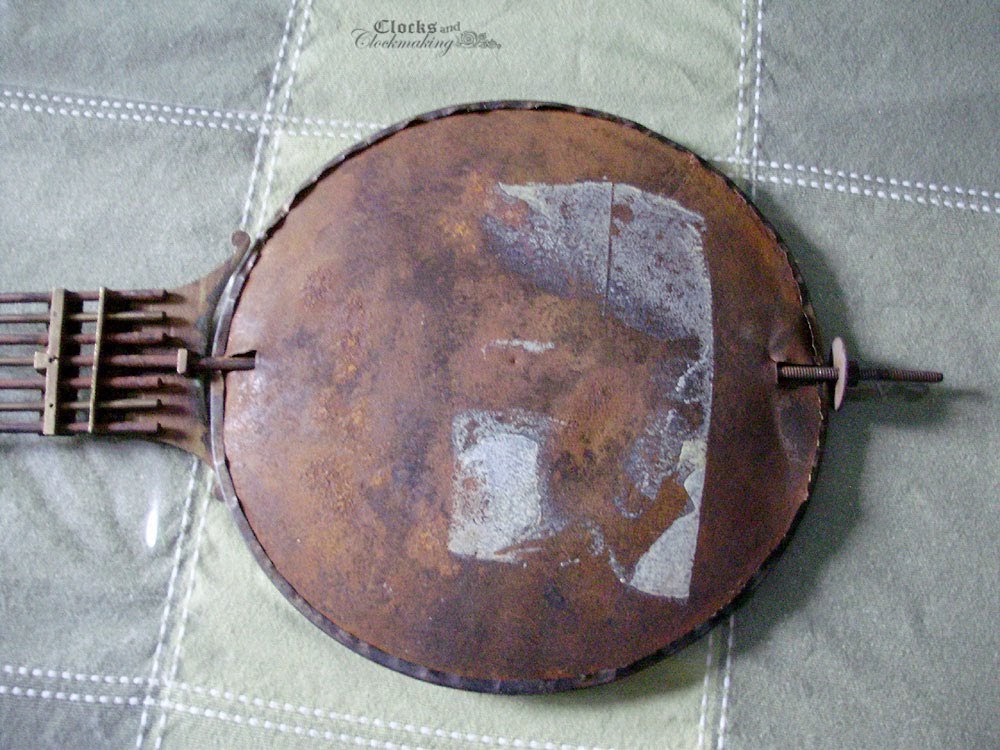 The procedure is simple, but the execution takes patience and a delicate touch. To start, everything (as much as possible) needs to come apart. With this pendulum, the pins/rivets had to be removed. These can be knocked out (on this particular pendulum).

The bottom "T" shaped assembly would not come apart easily, and I didn't find the need to take the top portion apart (pins/rivets were still good). 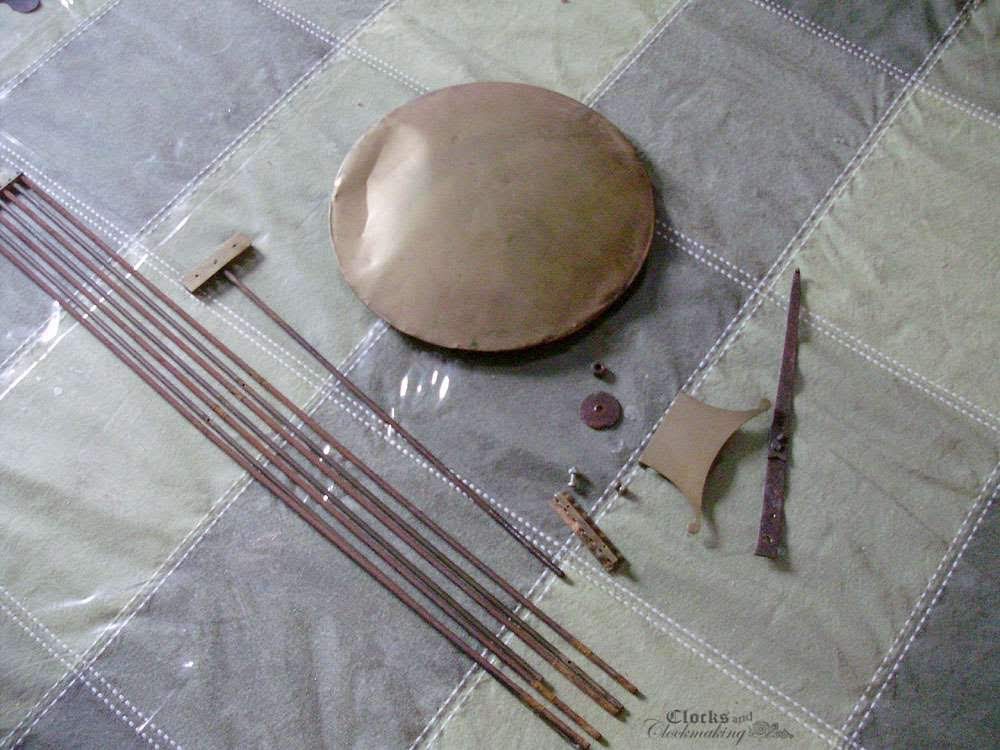 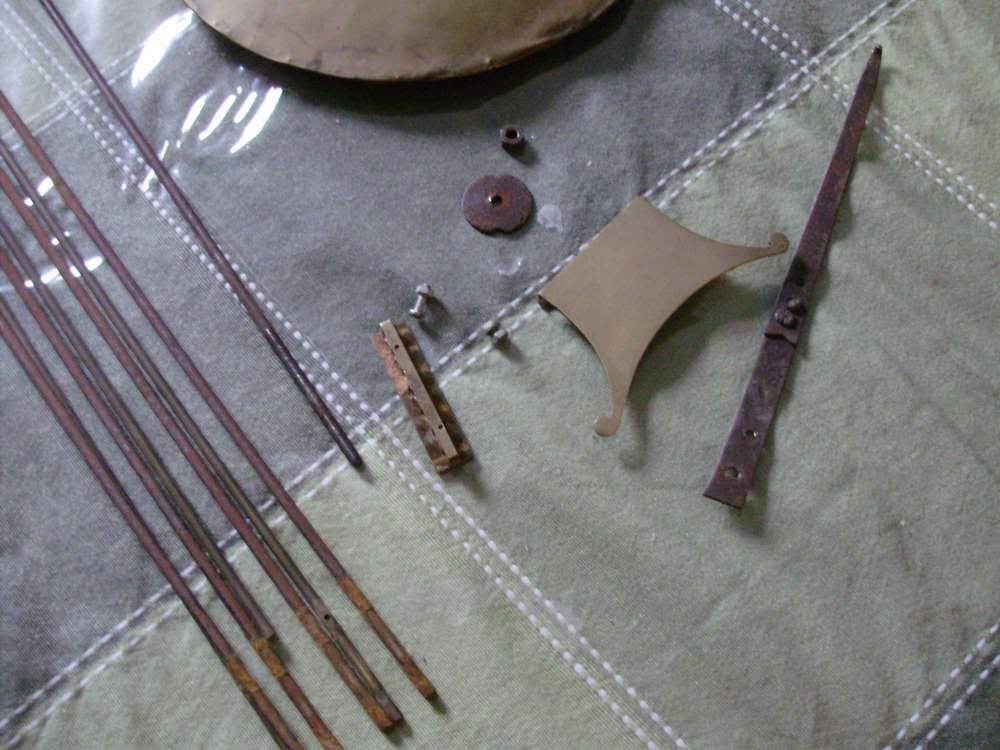 I have more detailed "in between" photos of the next pendulum, but to recap, the bob was carefully uncrimped (as little as possible), the dents removed with light blows on the interior surface, with the front paid over some leather. The pendulum rods and fittings were cleaned up with fine wire wool, and the bob was polished. The back was cleaned of the tape residue, and it was repainted in black. 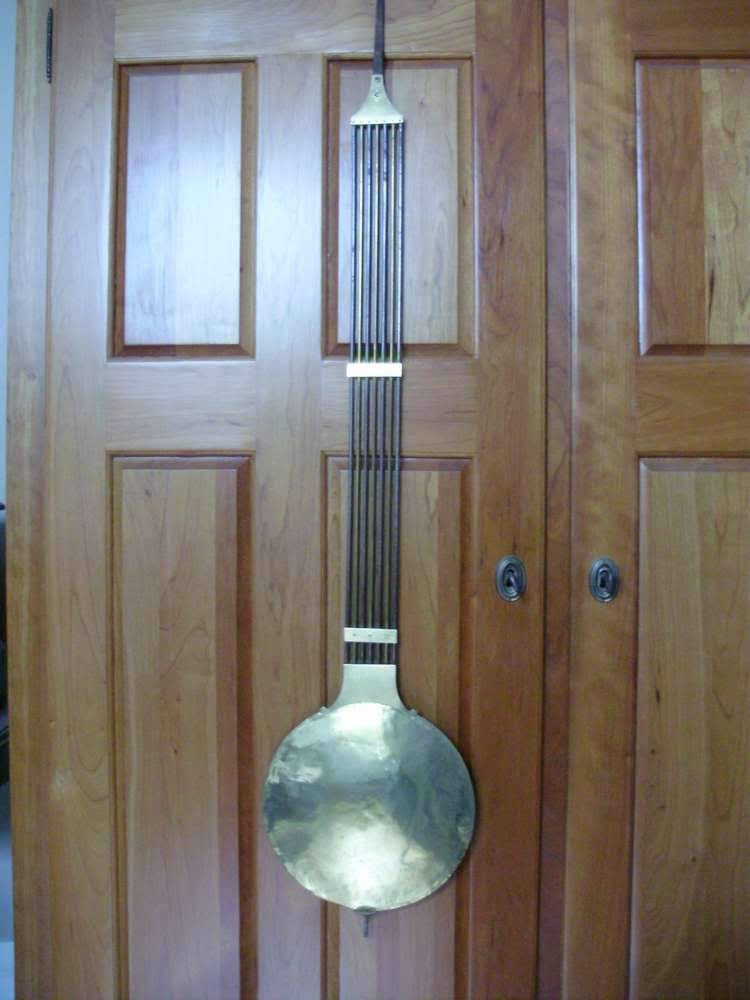 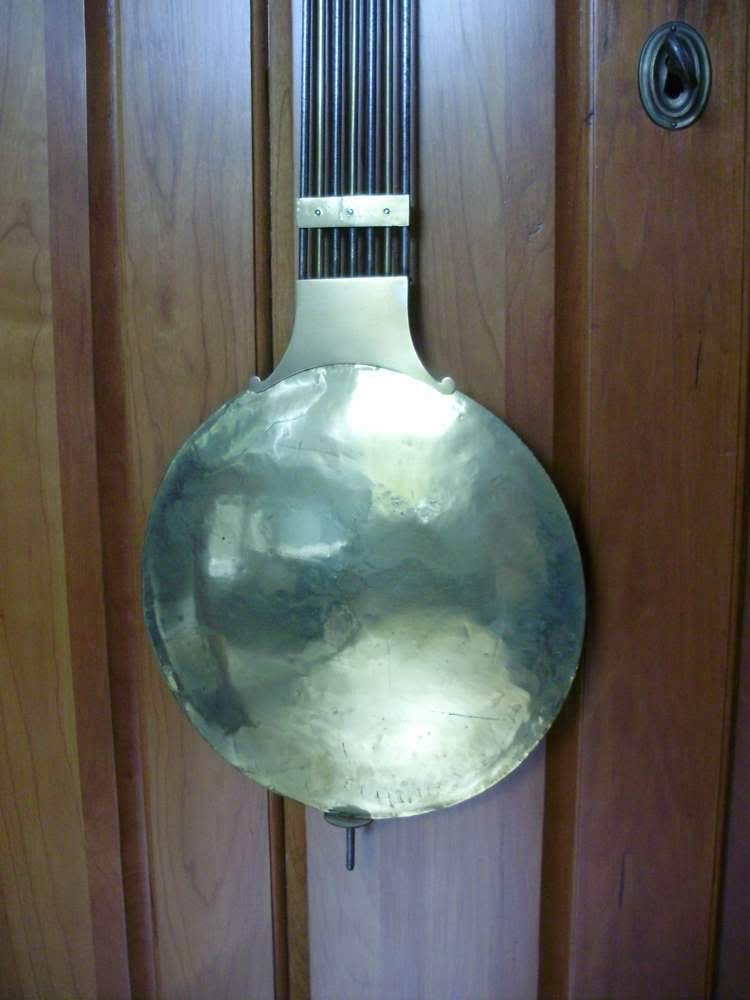 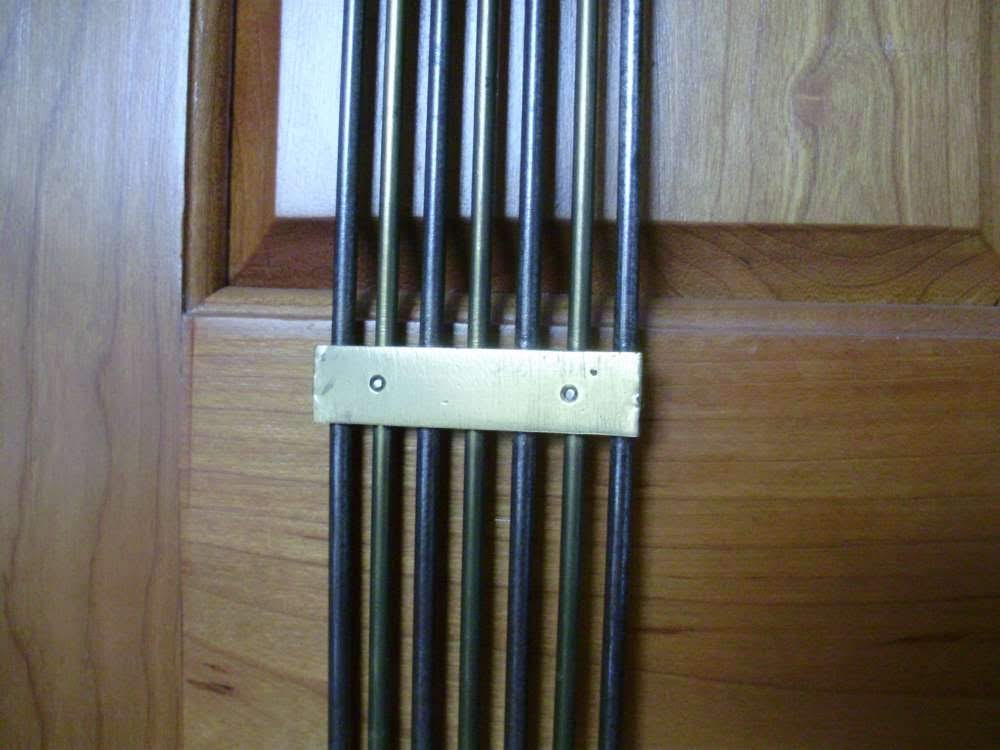 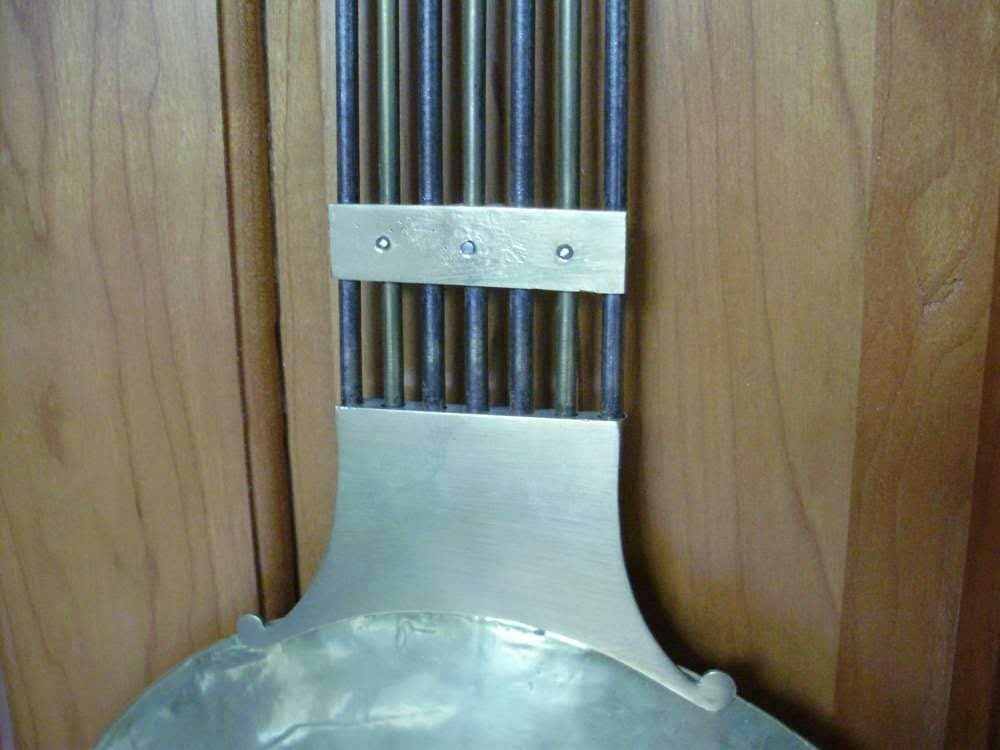 Since I haven't fitted this to a clock yet (it did not work out for the clock I wanted to pair it with) I have left the current extension with the bad screws. Once it's fitted to a clock the top piece will be the correct length, and it will be riveted in place with brass rivets. 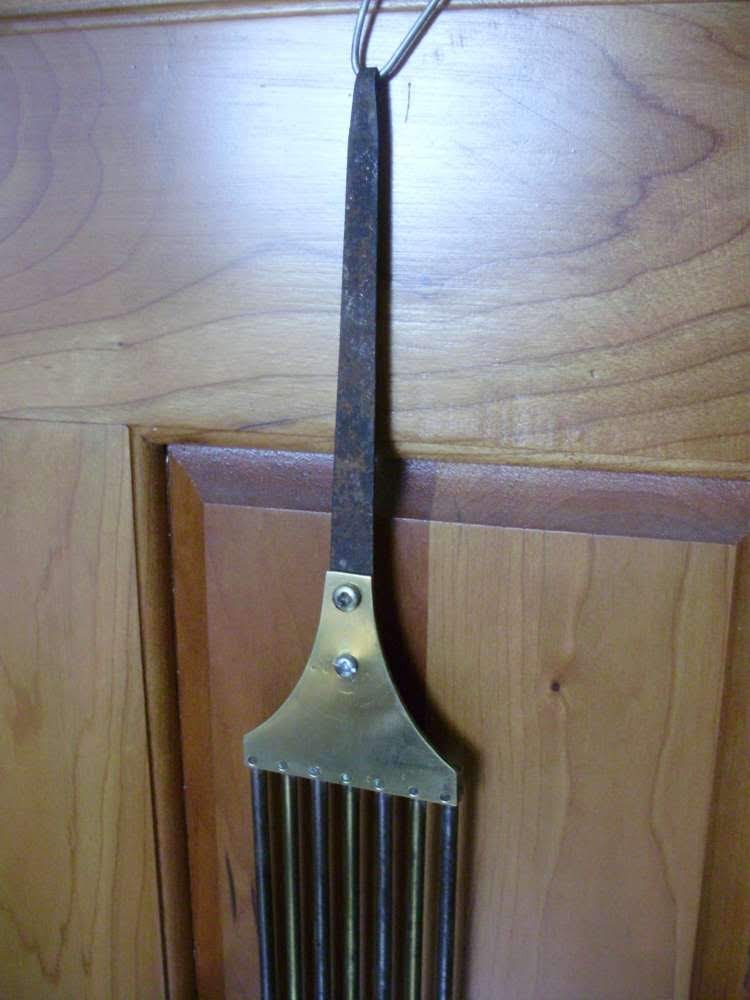 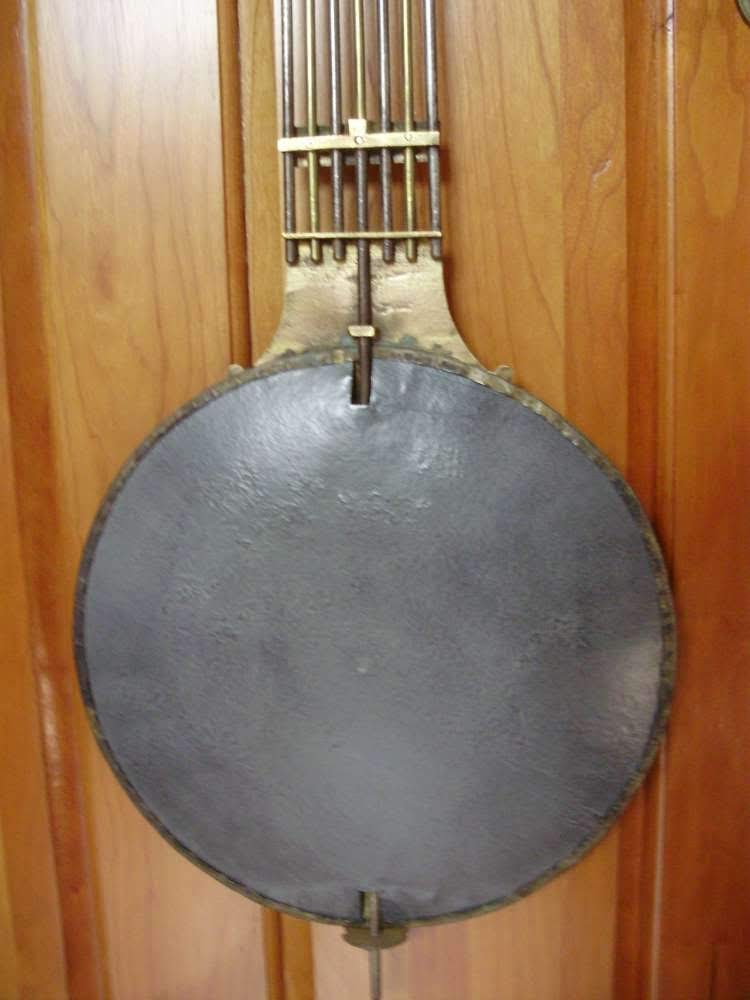 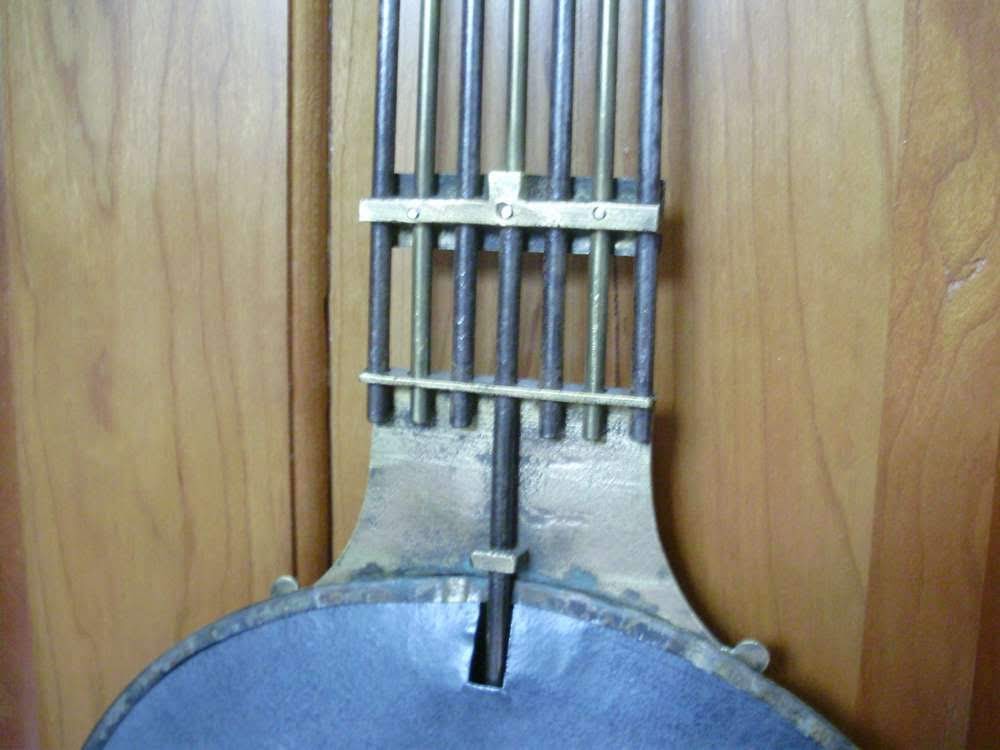 This second pendulum is a fancier Lyre version with a large 11" bob. The pendulum was a very lucky find for 25$ in a nearby city, and I had a friend pick it up for me. It was in fairly good shape aside from the bob, which was badly dented and scarred. 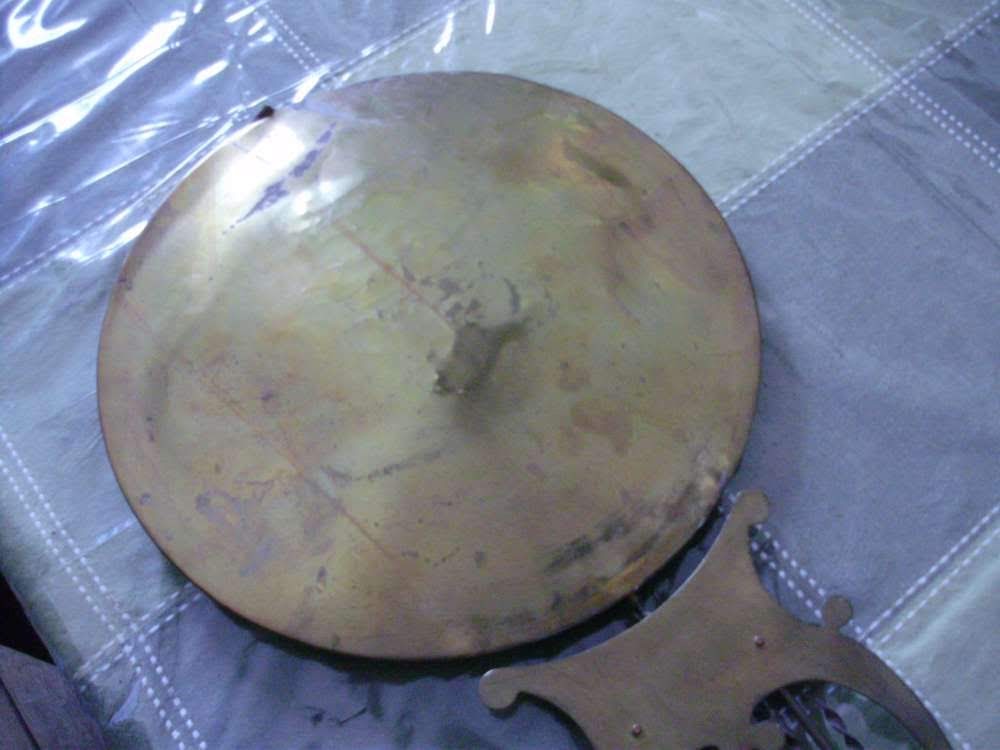 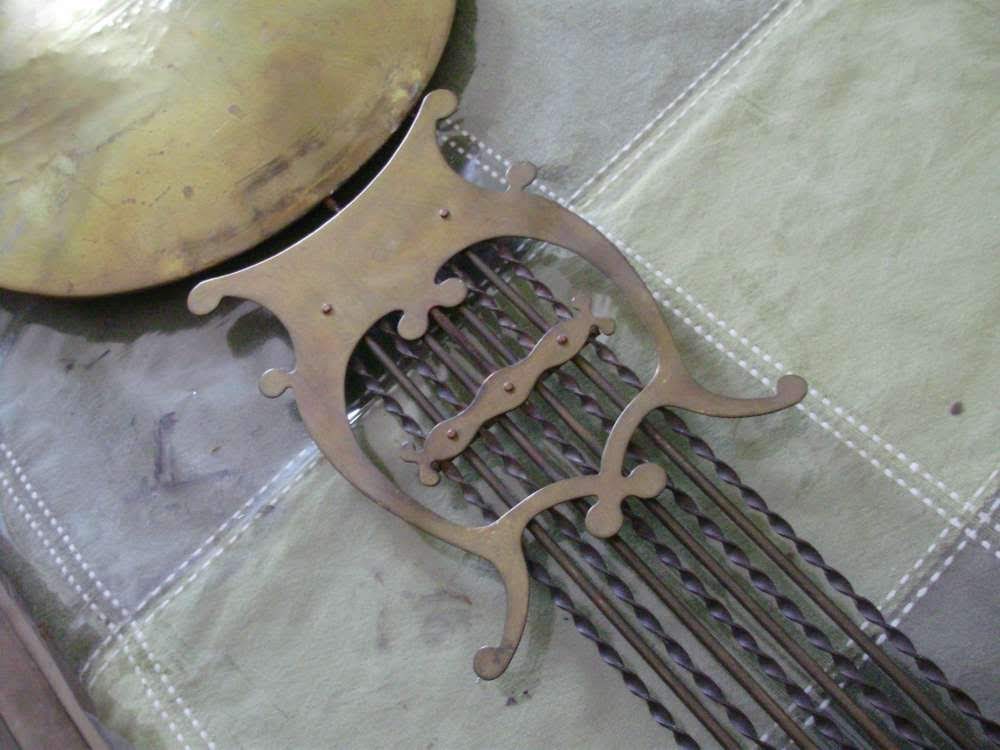 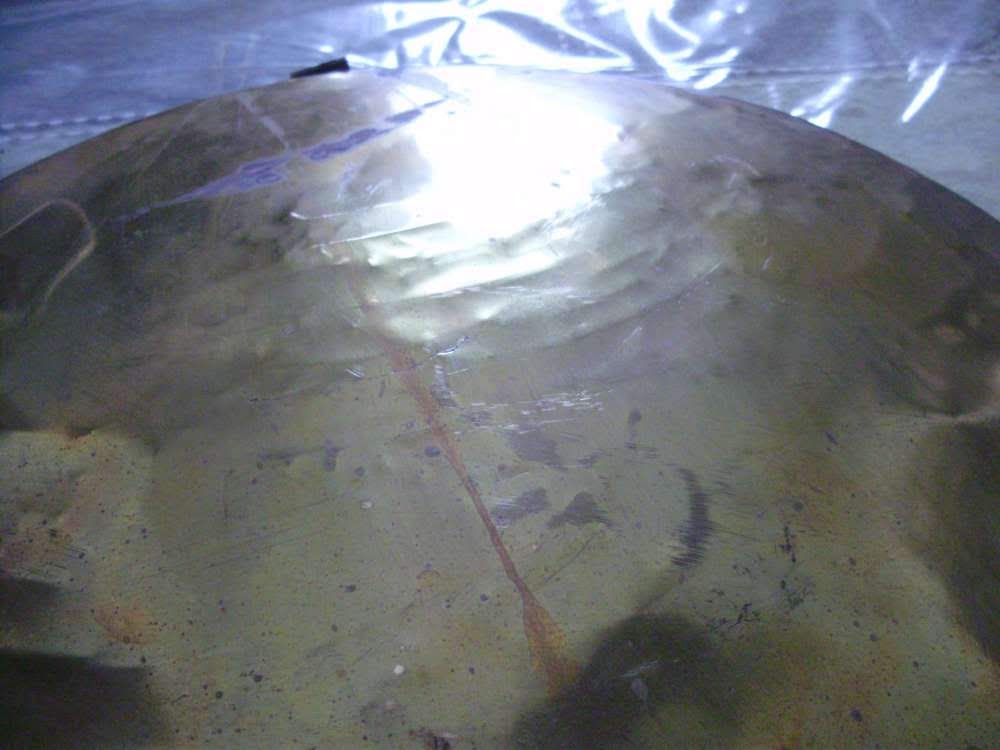 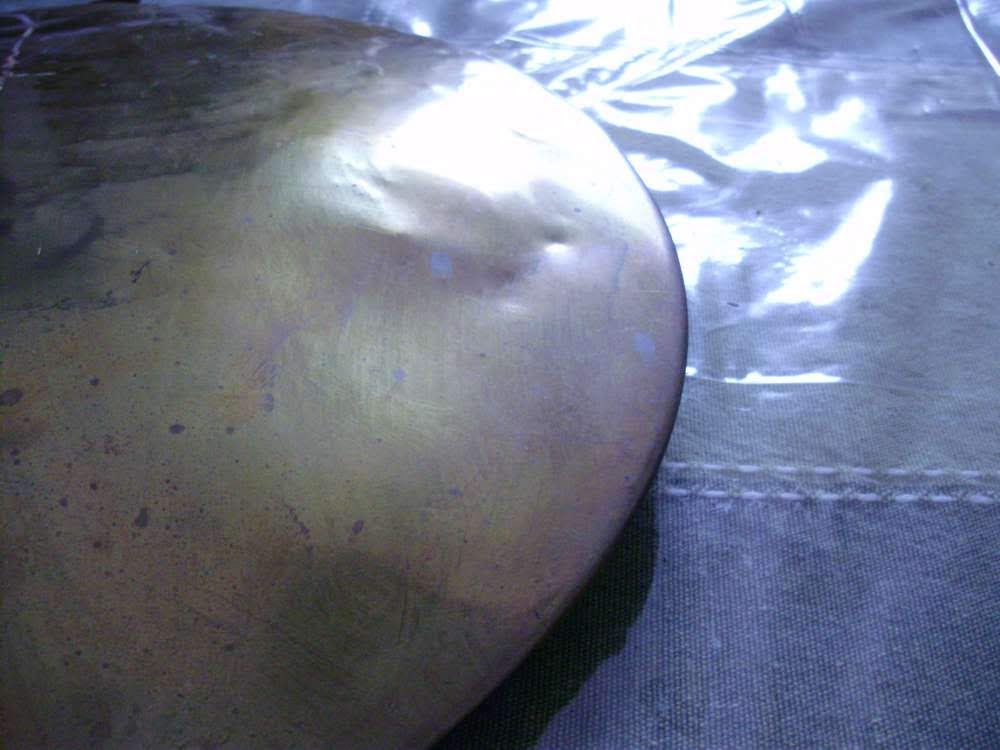 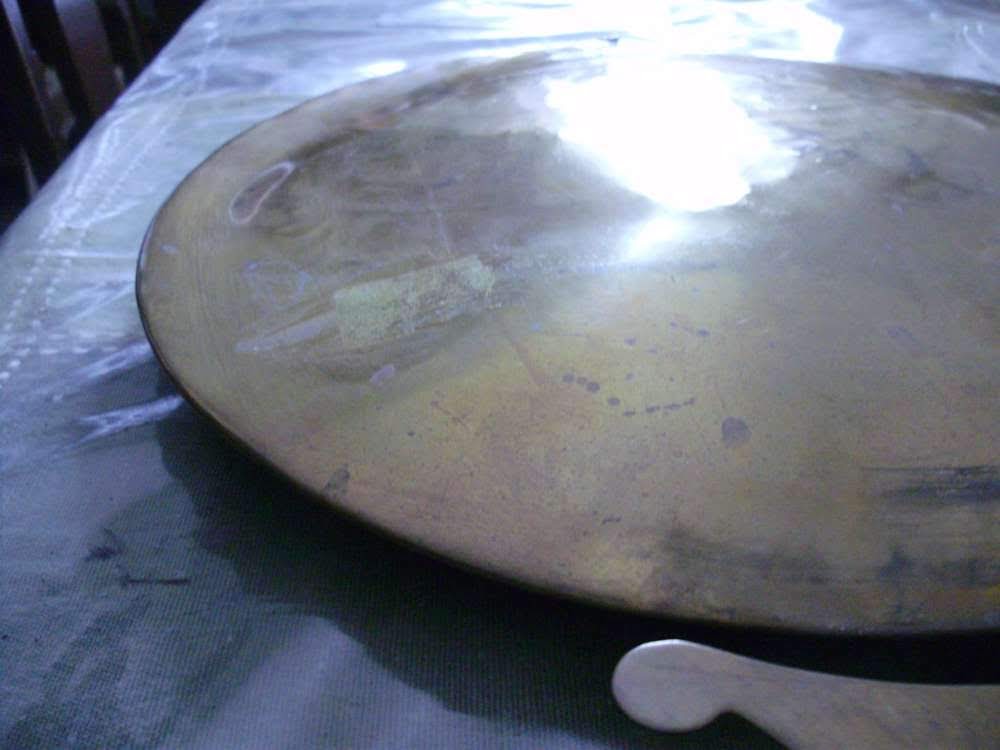 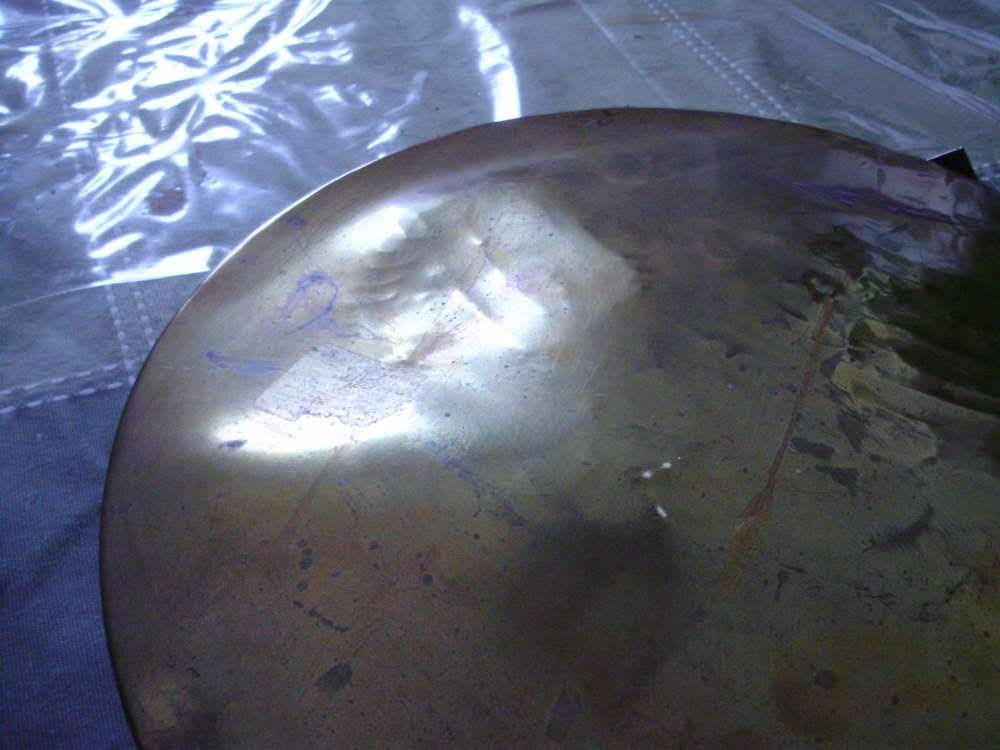 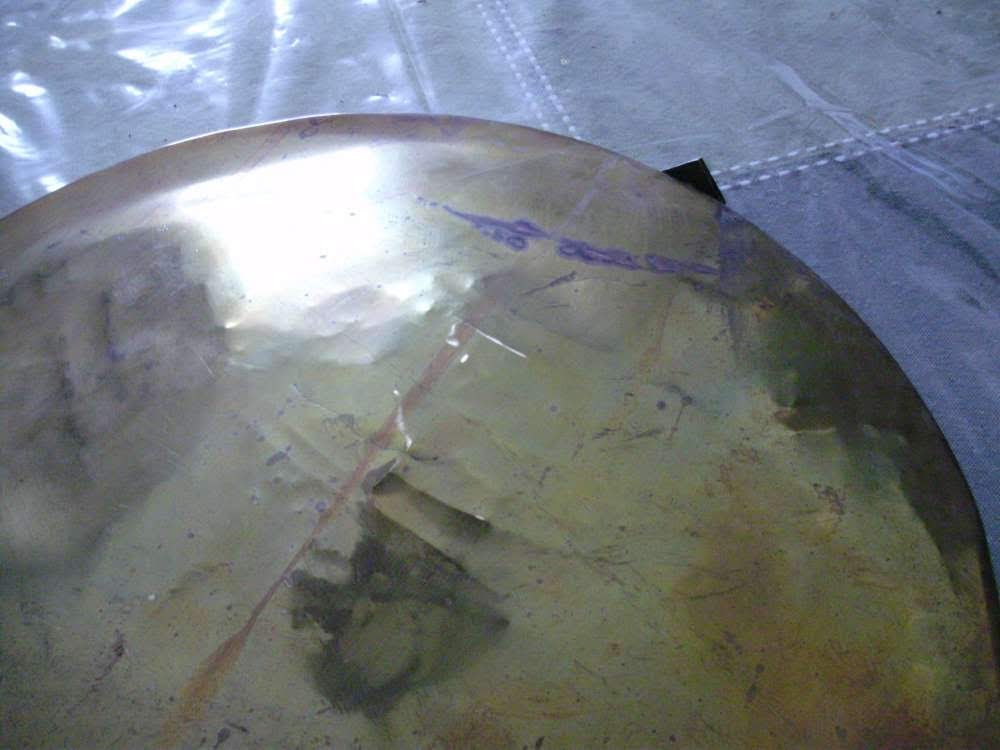 This particular pendulum was weighted with clipped pieces of lead flashing (which was kept). 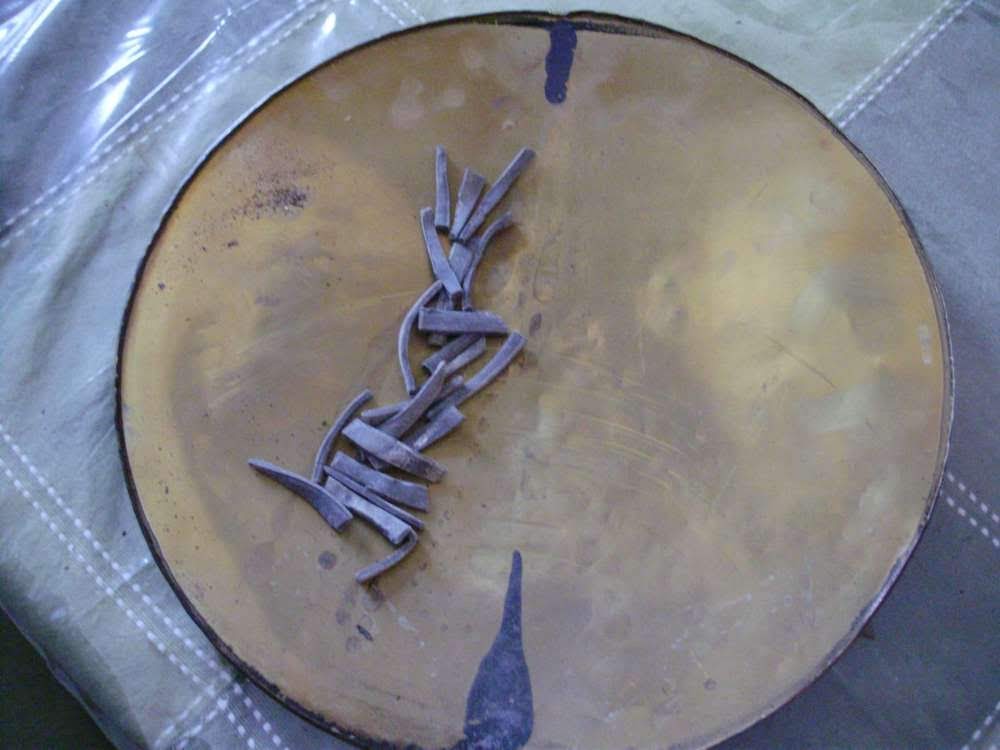 This bob required a lot of work to take the dents out. Some were hammered from the front, with most from the back. All the scratches are from pushing and dragging the face of the hammer across the surface. I would say that about 95% of the bumps were removed. The same process described in the link at the beginning was followed. Light hammering against a hard surface, with a piece of leather in between, and using a smooth faced hammer. For the face-hammering, this was done very carefully on top of a domed/curved surface (I used an old steel wok). 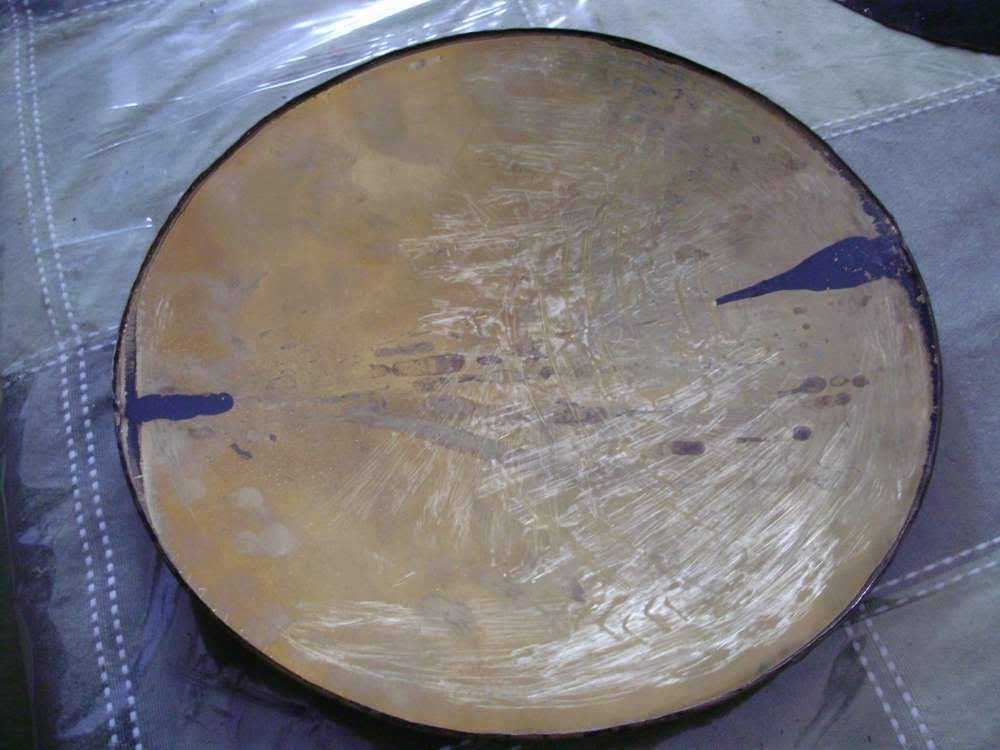 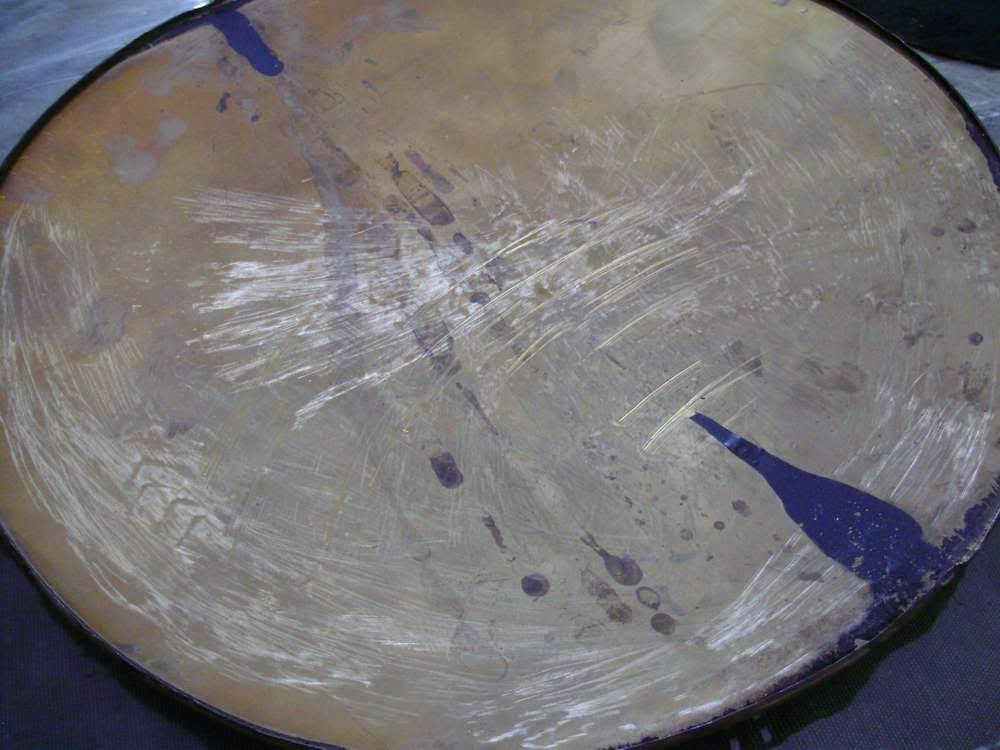 I did not want to brightly polish this bob, so I only went over it a little bit with very fine 0000 wire wool. 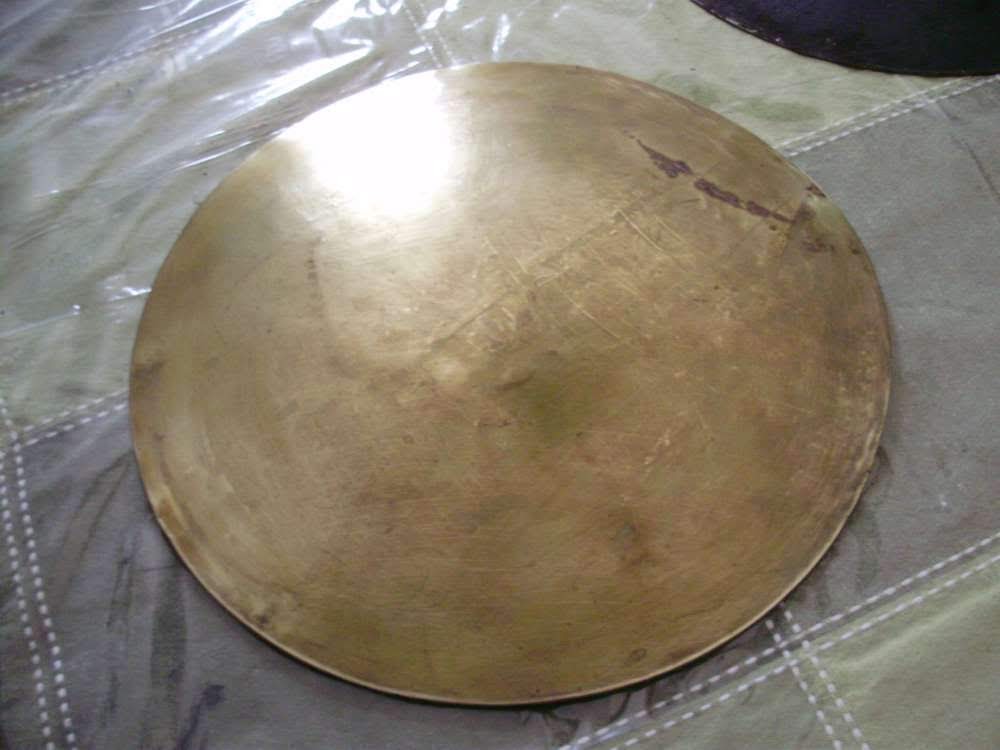 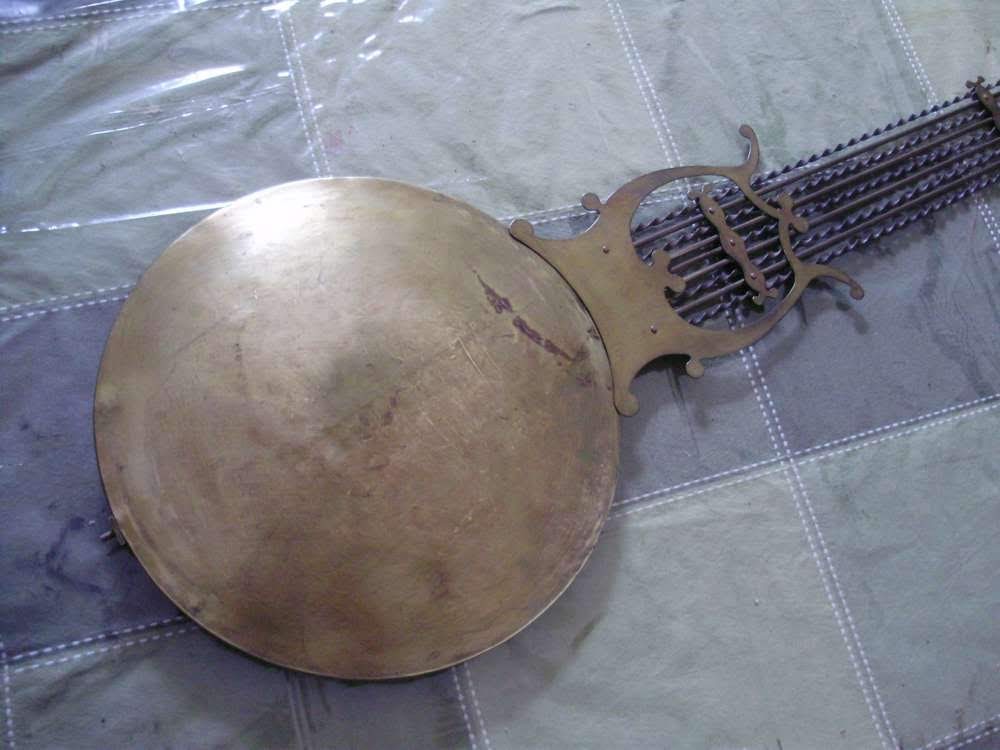 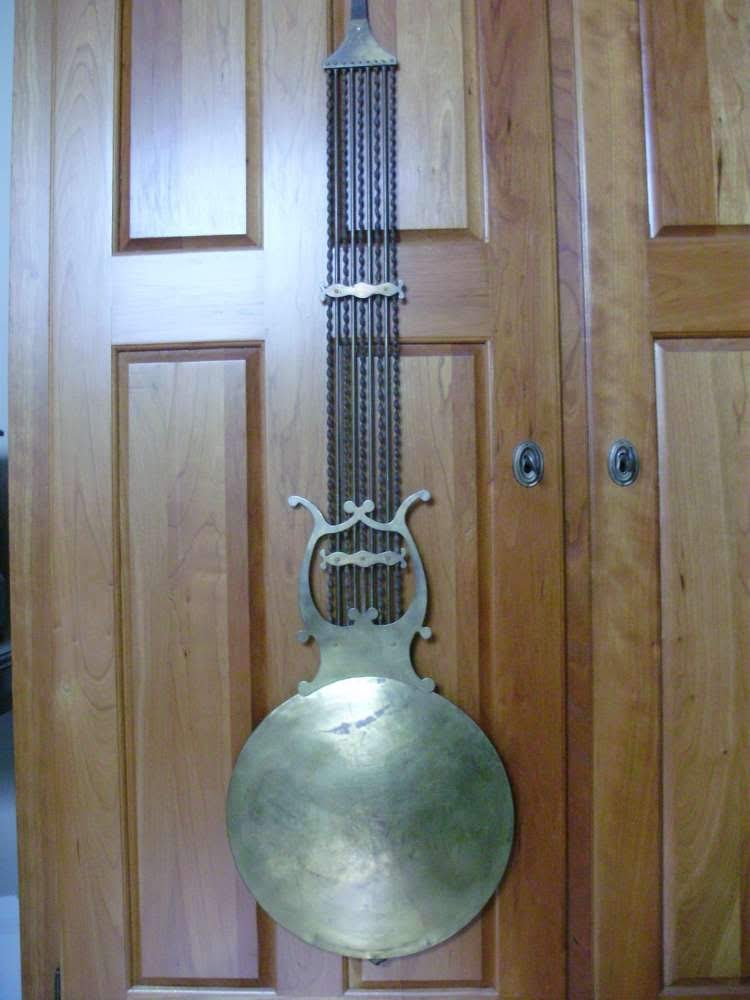 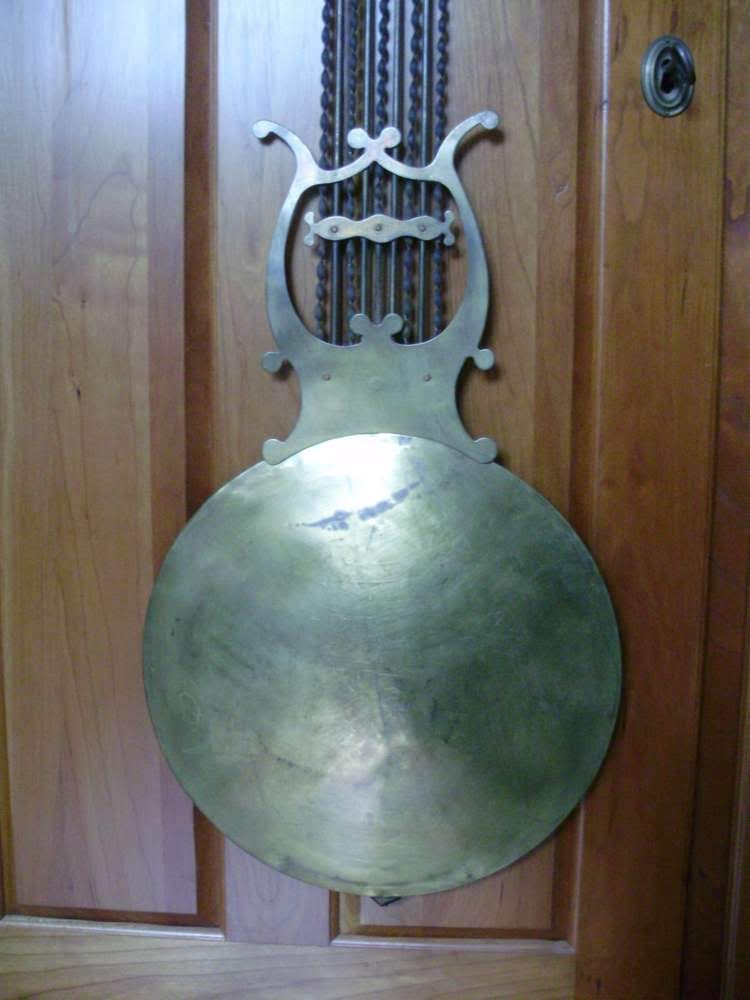 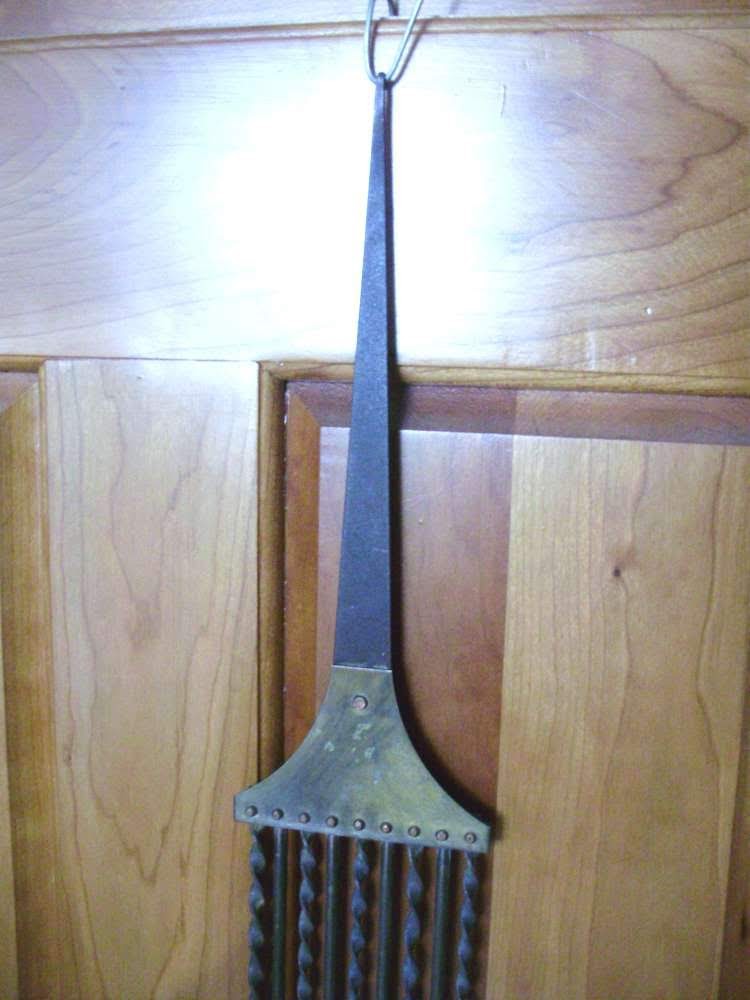 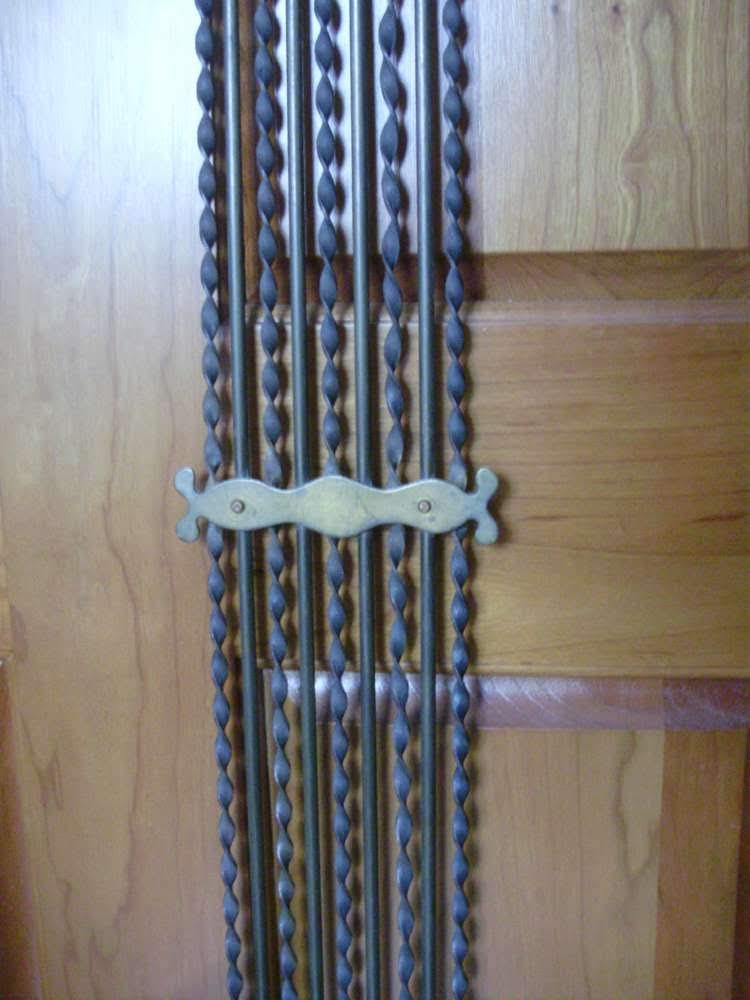 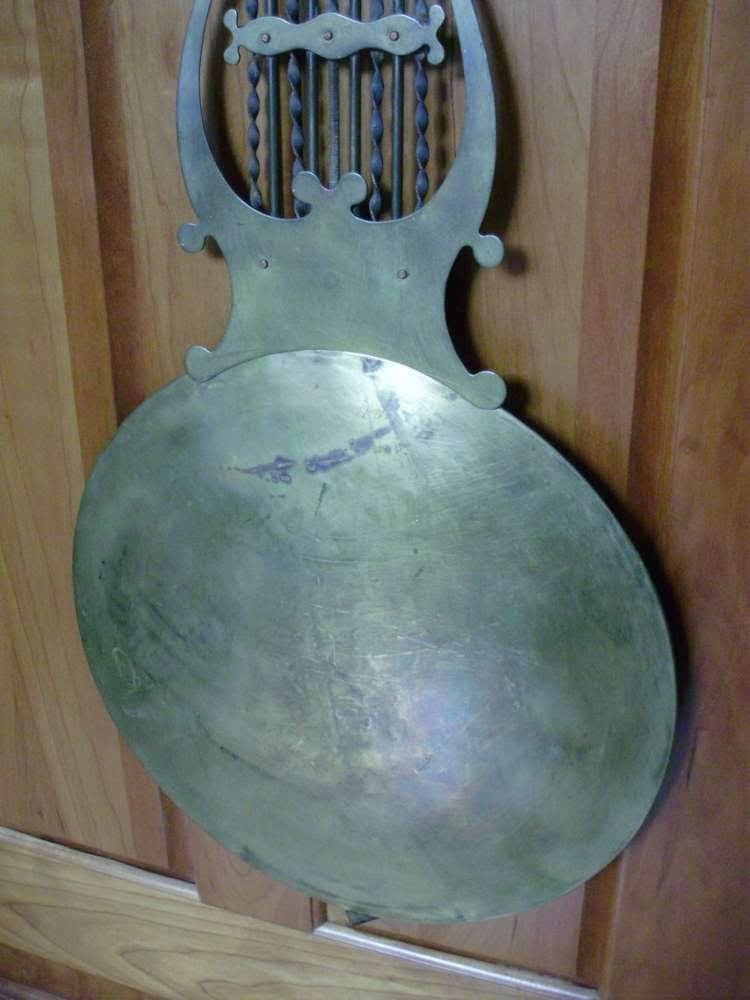 This pendulum turned out to be a near perfect match with the Angels comtoise, seen here: https://jcclocks.blogspot.ca/2015/04/angels-comtoise-part-3-finished-clock.html
Posted by JC at 12:14 PM