Today I wanted to share some details on a recent repair project I worked on for a client. This is a rather nice Gilbert Pandia clock, made in solid walnut in 1885 (see catalogue illustration below). The clock is interesting for a few reasons. 1: it uses very unusual side turnings, which I have not seen on any other parlor clocks or gingerbread clocks in this style, and 2: it features FOUR different patents on it.

This model also appears to be somewhat rare, because I was only able to find 2 or 3 other examples of them. This is especially sad for me because the case on this clock has nearly 90% of the top missing, while everything else is still in very good shape. 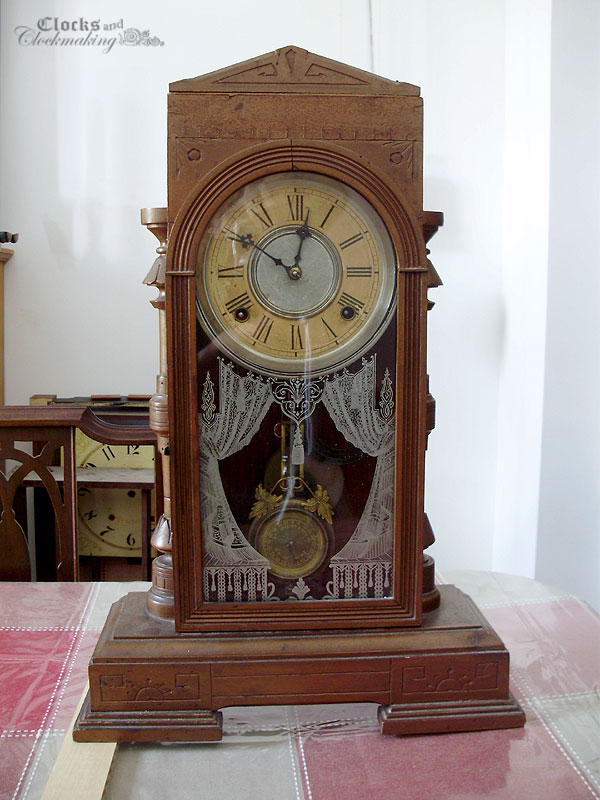 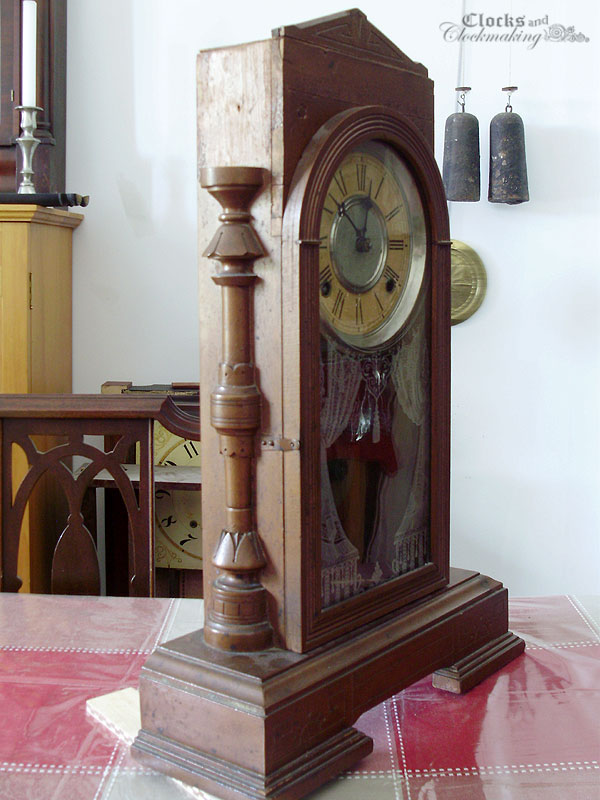 The clock arrived to me looking pretty rough, and my list of repairs included the following: 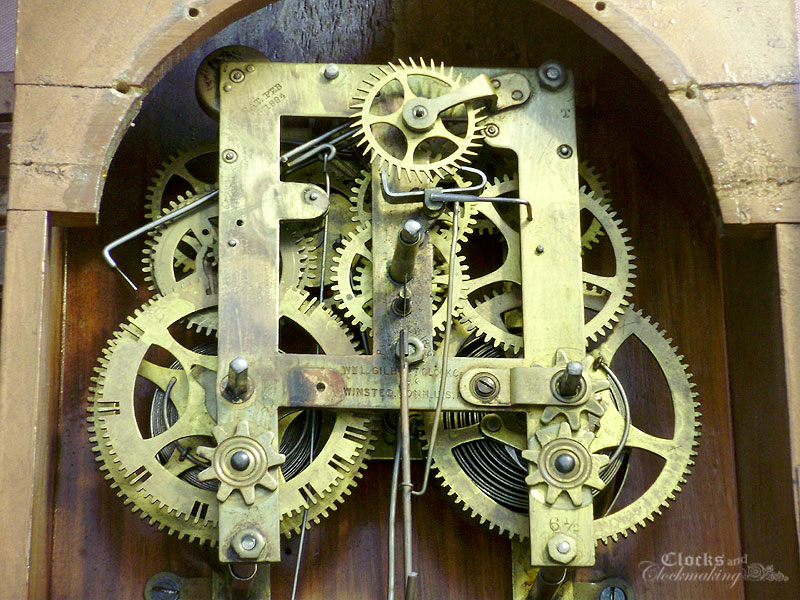 The gong patent date is not clearly legible. Note the eraser hammer tip. 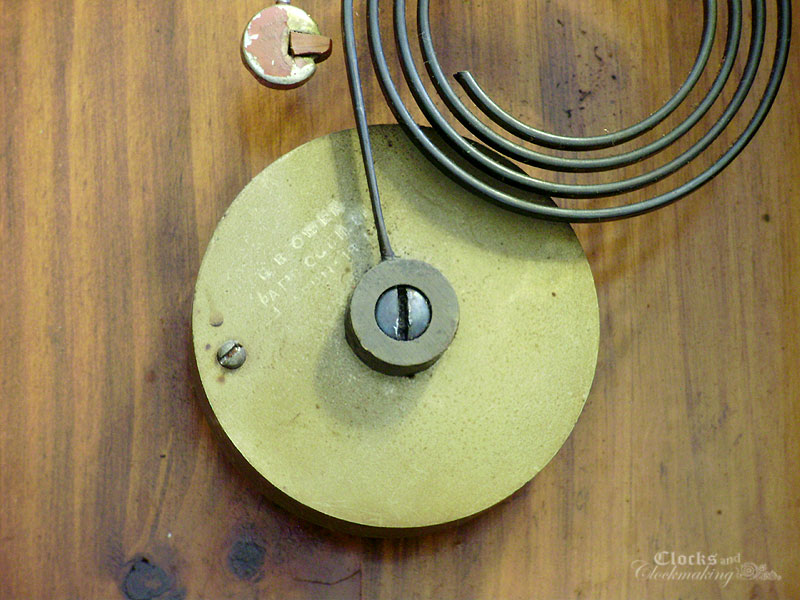 The patent fly design (one half is missing). You can also see the repaired wheel to the left, and a copper wire tie (upper right) that had been used to disable the strike train. 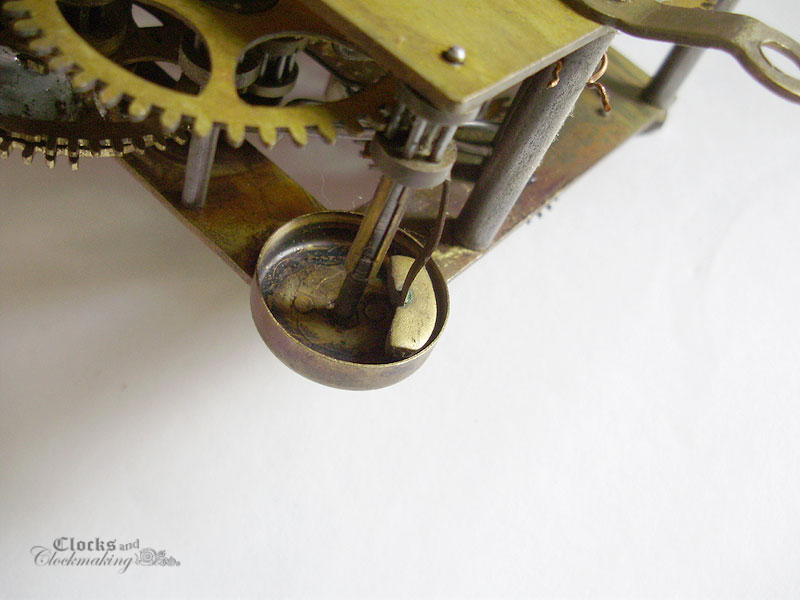 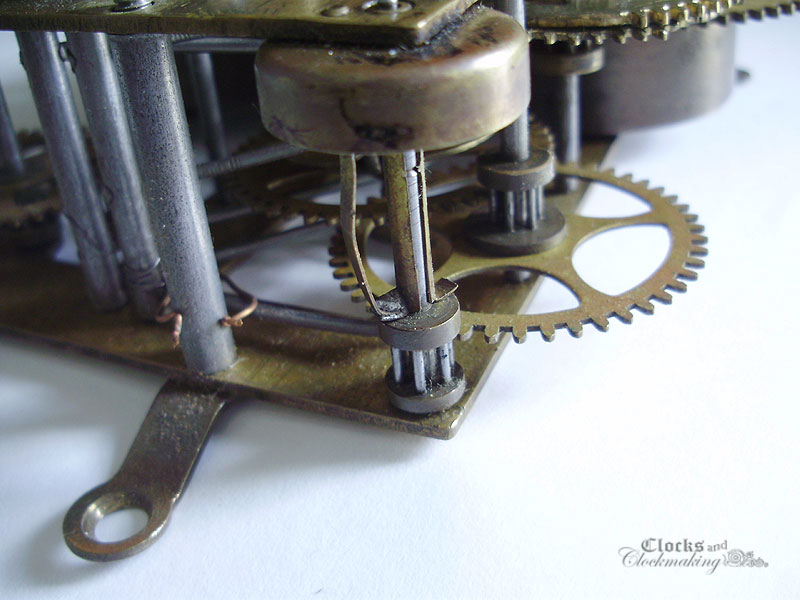 A soldered bushing repair on the back (this was removed, and the solder was scraped down as much as possible). 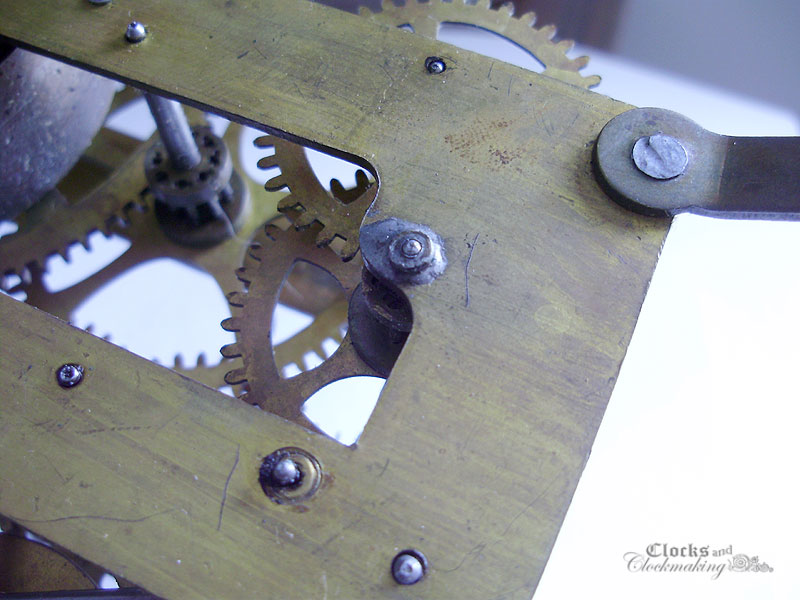 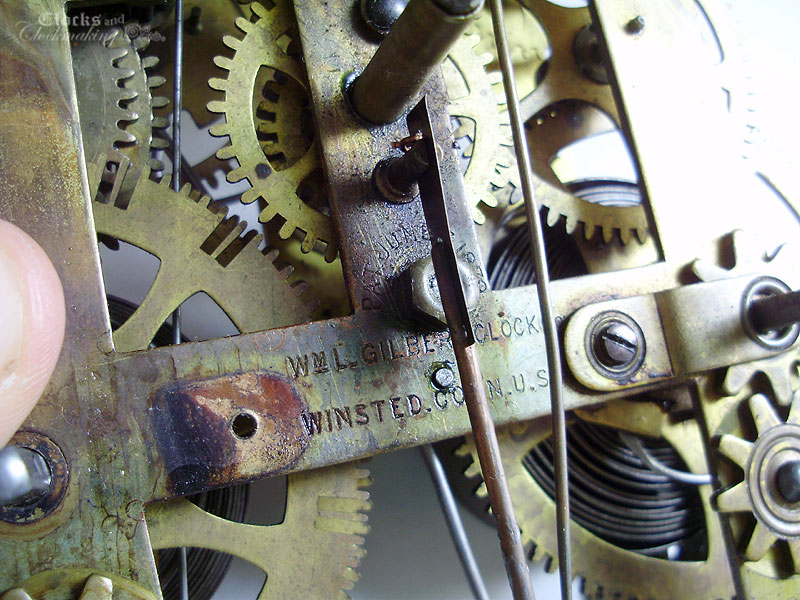 Because some of the repairs were going to be quite expensive, the owner decided go ahead with only the necessary repairs to return the clock to good working order. This included the cleaning, bushings, leather hammer repair, and the wheel replacement. The rest (for now at least) will remain as-is.

That said, I understand not wanting to spend an absolute fortune on this particular clock. The owner particularly liked the tone of the cathedral gong, and wanted to have the clock working again.

Here is the Gilbert Catalogue illustration for the Pandia model: 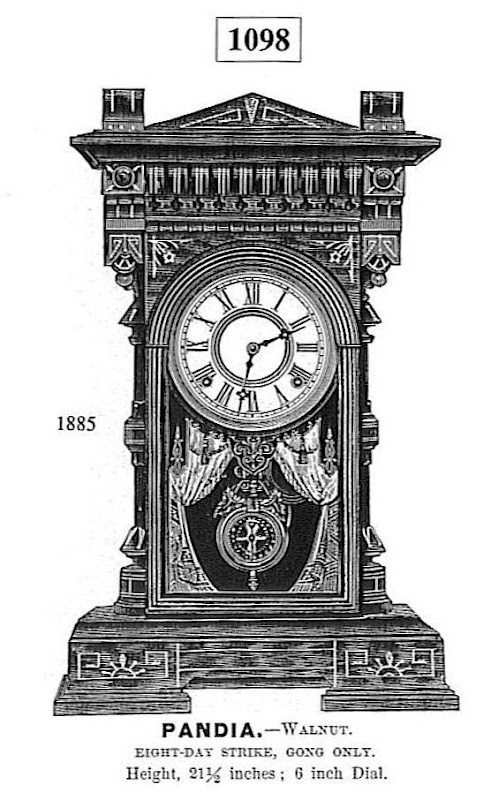 And here is a web image of a restored Pandia clock by Gary Jacobson (https://www.flickr.com/photos/jacobsongary/albums/72157623409503717). This gives you an idea of how complicated the missing woodwork is: 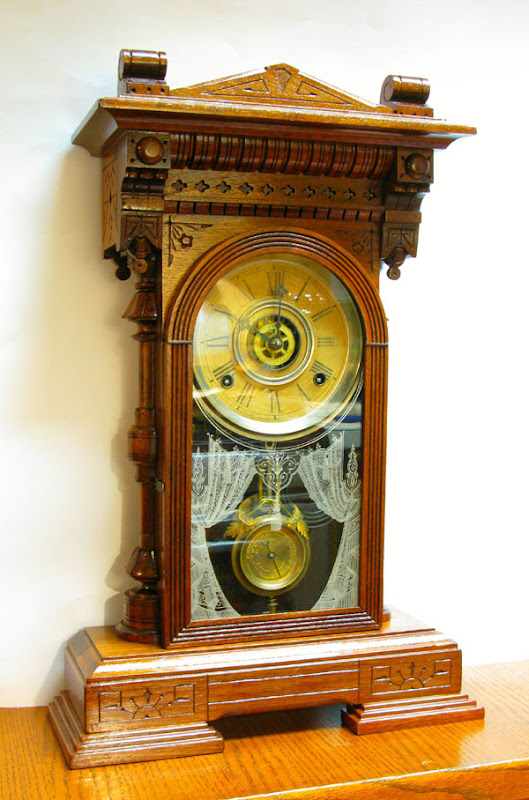 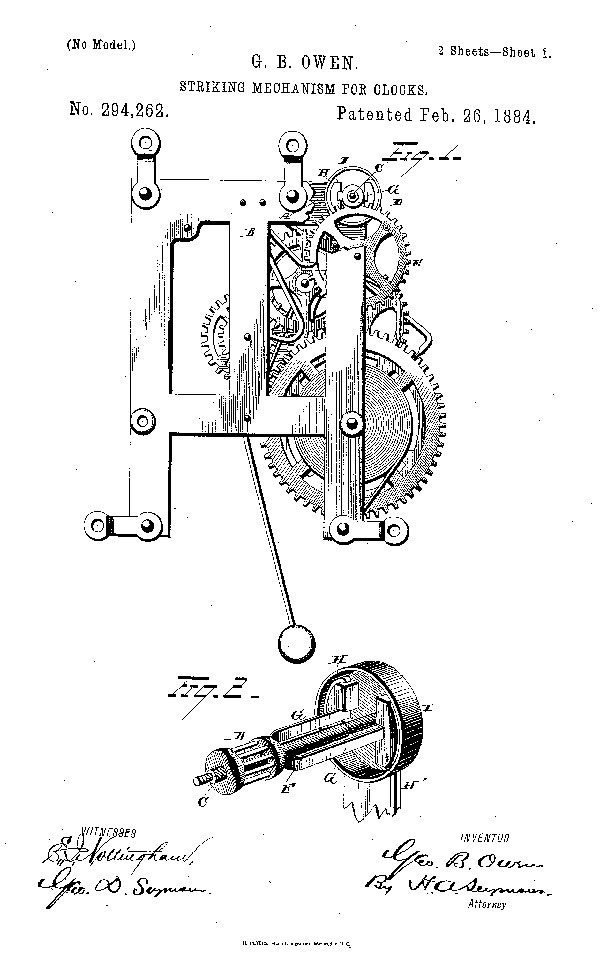 Strike lever improvement June 3rd 1879. This includes a clutch that allows the hands to be rotated backwards. 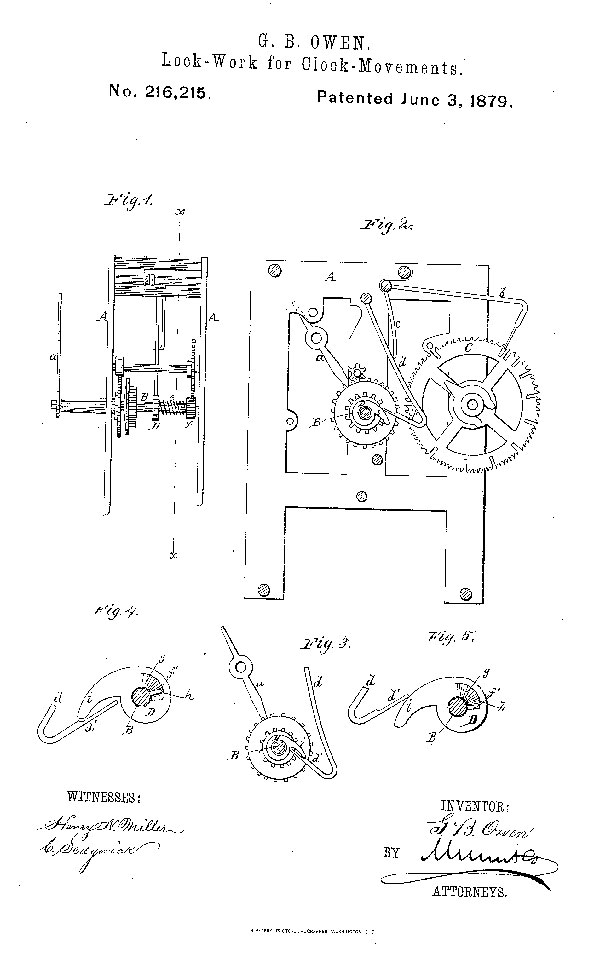 The gong patent is apparently for better resonance and sound, patented April 18th 1882. 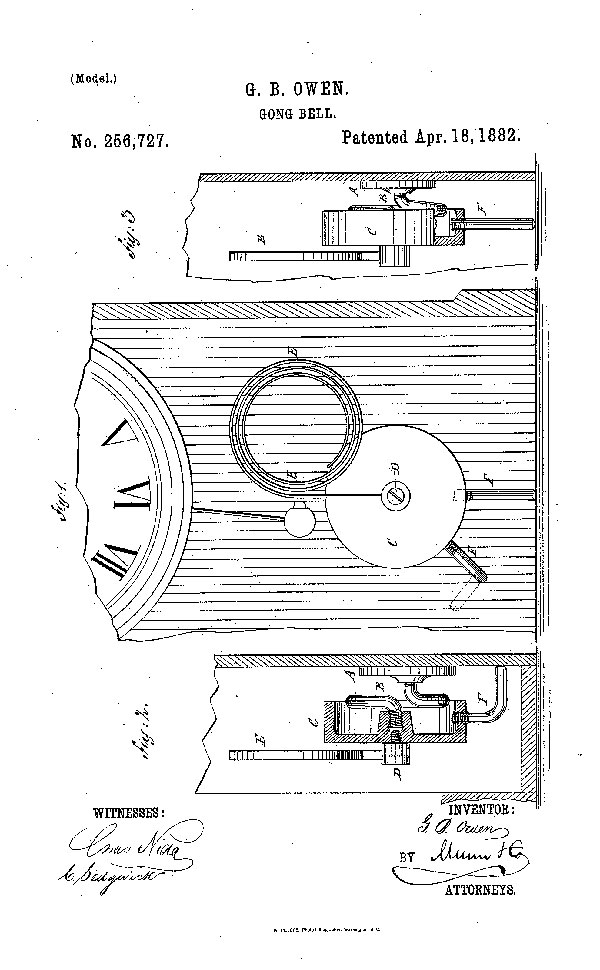 And lastly the two patent pages showing the details of the pendulum. The pendulum is actually a sealed assembly, which makes any kind of repairs incredibly difficult. The pointer hand indicates how far up or down you have been adjusting the clock, and it moves smoothly as you operate the bottom rating nut (which stays in a fixed position). Patented Oct 30th 1883. 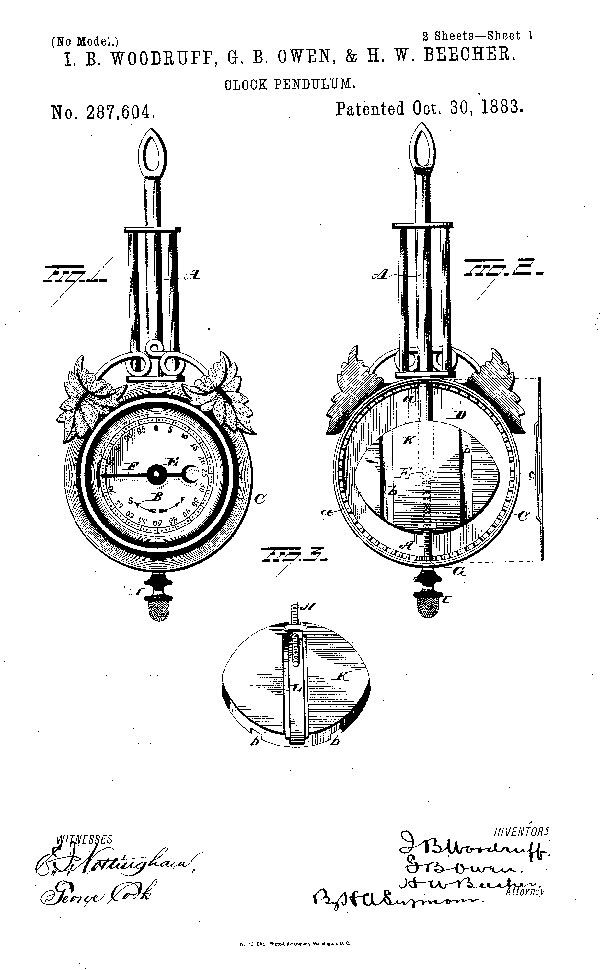 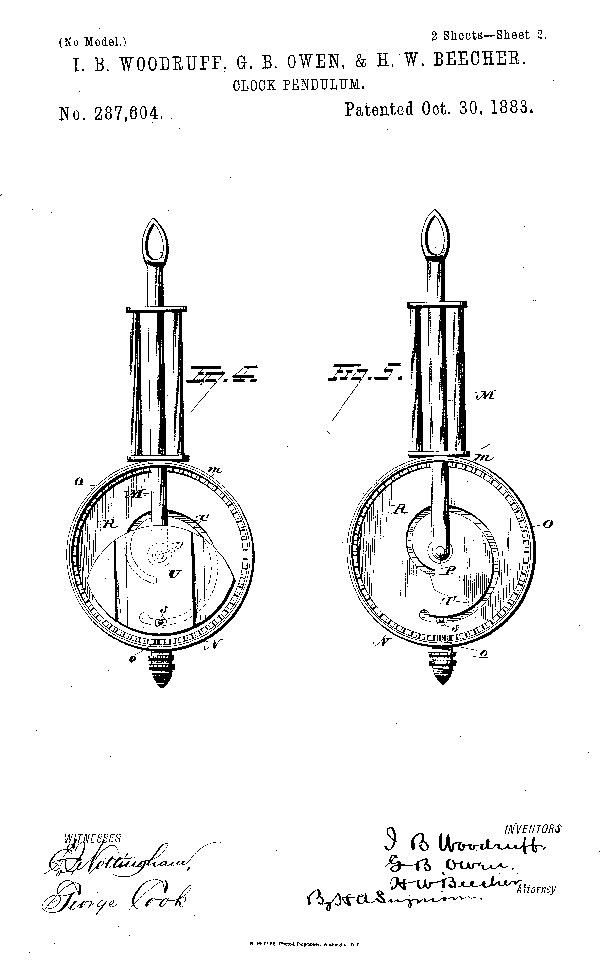 Most of the repairs to the movement were standard stuff, but this was my first time doing a complete wheel replacement. The old wheel repair was pretty horrific. 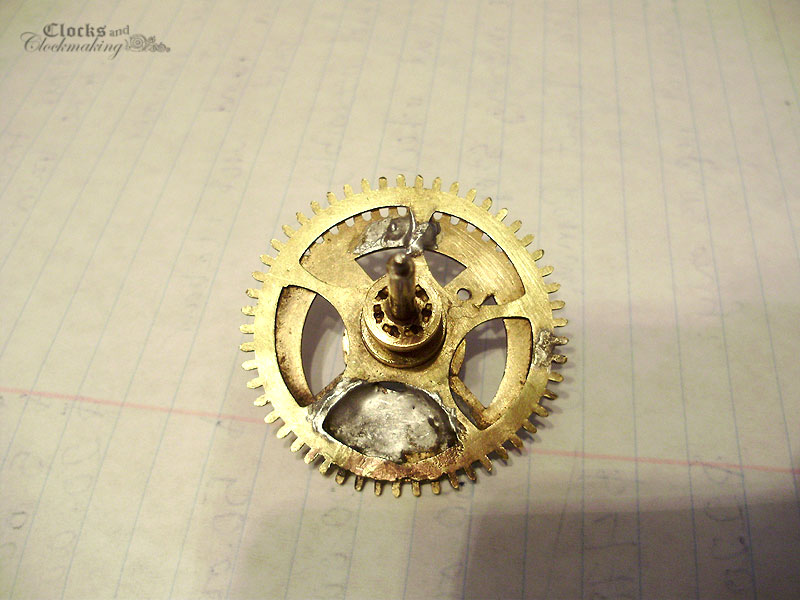 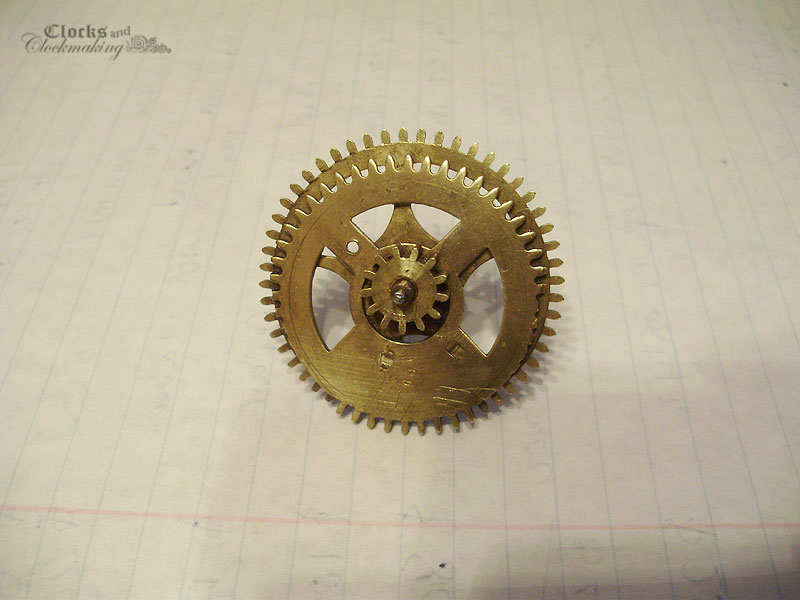 Here is the very unusual problem that I encountered with this wheel. While the wheel seemed to operate normally in the movement, the strike would only work for about 1/4 of the wheel, then the count hook would start to hit the count wheel teeth, missing all the deep slots, and ultimately landing on the tooth tips. Eventually the count hook would land back in the notches. No amount of adjustments made any difference, and it took me a while to figure out that there was a problem with the tooth count or the repair on the horrible wheel. When I removed the wheel to look at it more closely, I found that the wheel had 53 teeth, and it should definitely have 52 (tooth counts for wheels are rarely odd numbers). Because of the extra tooth, this made it impossible for the count wheel to advance properly. Originally the client had not wanted to have the wheel repaired (due to costs) but after I explained the problem, he told me to go ahead with the repair.

What is really odd, however, is that the wheel doesn't appear to be ovoid, and even with an impression of original teeth laid in the broken section, the tooth count is still off. The numbers shown in black don't count the two teeth bisected by the centre line. 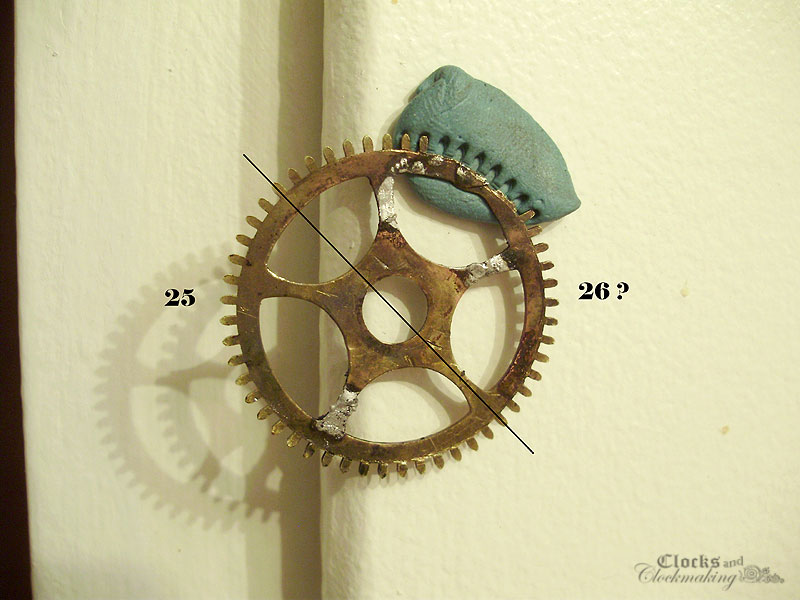 In any case, the wheel was carefully measured, and the information was sent to my friend Jim in Texas. 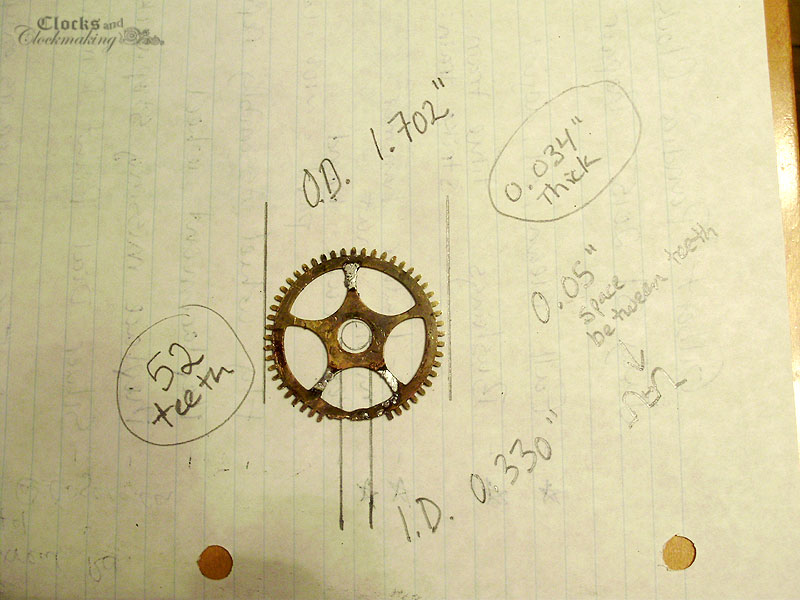 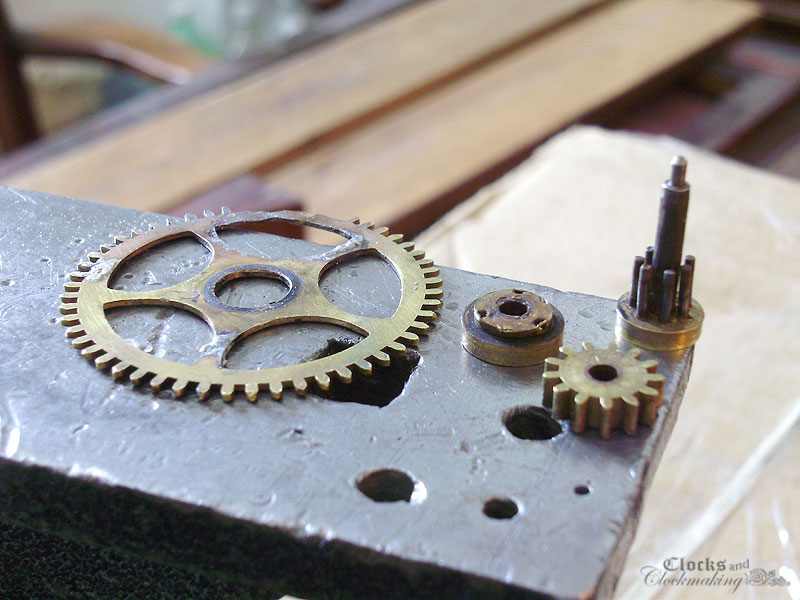 Jim was able to provide a replacement wheel and mail it to me: 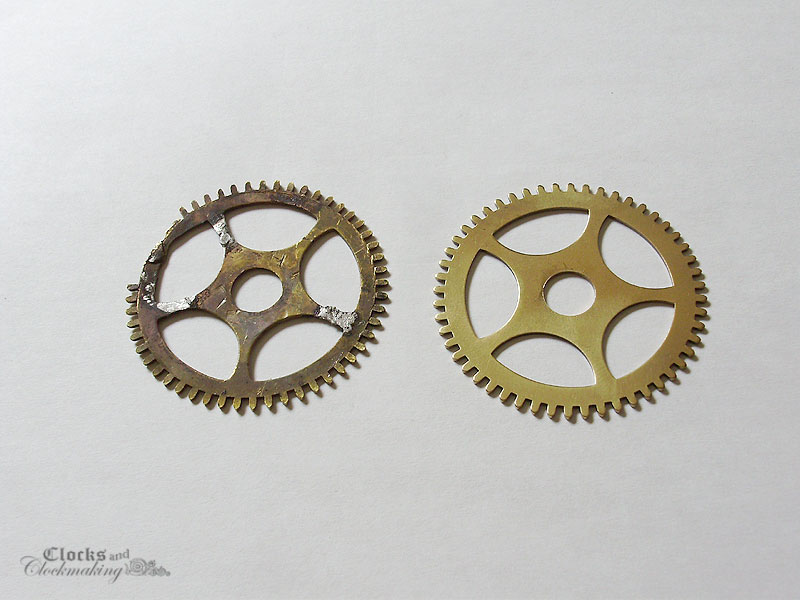 The wheel was reassembled, installed, and now everything seems to work properly again. The clock is being tested this week, and hopefully I can return it to the client next week. 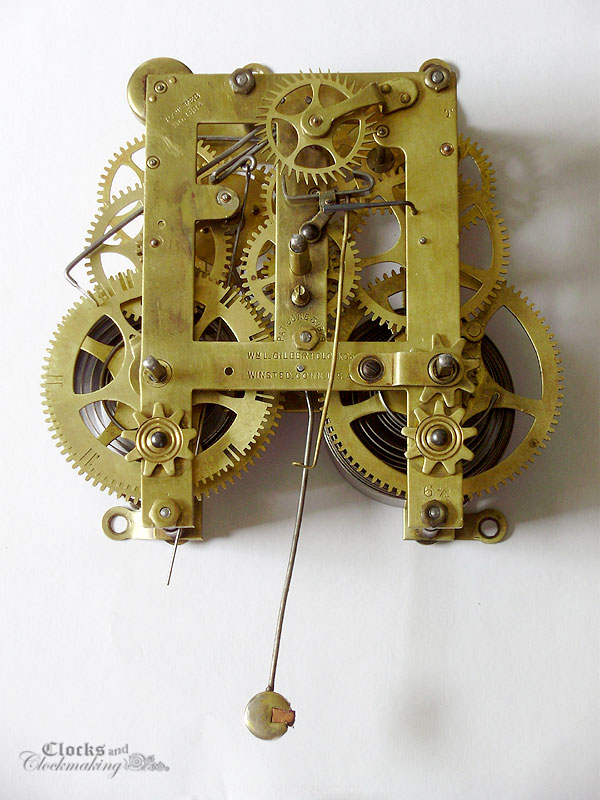