I'm currently restoring a very rare and beautiful Seth Thomas column clock. This is a clock that I purchased privately through another collector, and friend from the NAWCC Message Board. I bought this clock from him back in June 2006, and it has sat around collecting dust since then. It needed a lot of work, and until recently, I just didn't have the motivation to work on it.

As received, the clock was missing the top "moulding", the entire case was "broken" with several large sections loose (the entire bottom centre moulding was loose from the case), and the case had been partially reglued with yellow carpenter's glue (ugh!). The case also had several veneer chips. The worst part, however, was the movement, which I haven't tackled yet.

Aside from these listed problems, the clock was in overall good shape, had nice old patina, an original (retouched) early dial (which I will discuss later), and was mostly complete. The current strawberry tablet is a new replacement, and although it seems to suit the clock, it's not really appropriate for it (I will discuss this later). You will also note that the label has an over-pasted label stating "and James Brice, Cincinnati Ohio, Warranted Good." I have found only ONE other clock sold by James Brice (I will discuss this later).

Here are the "before" photos: 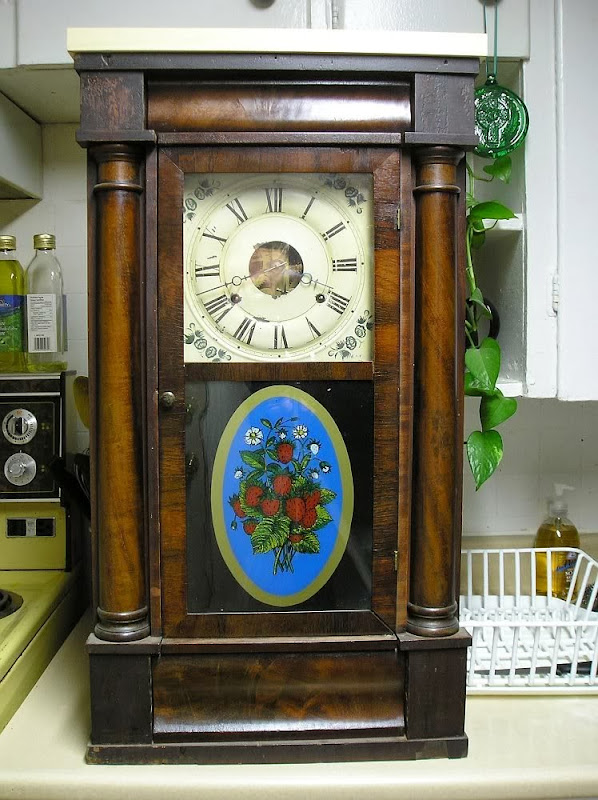 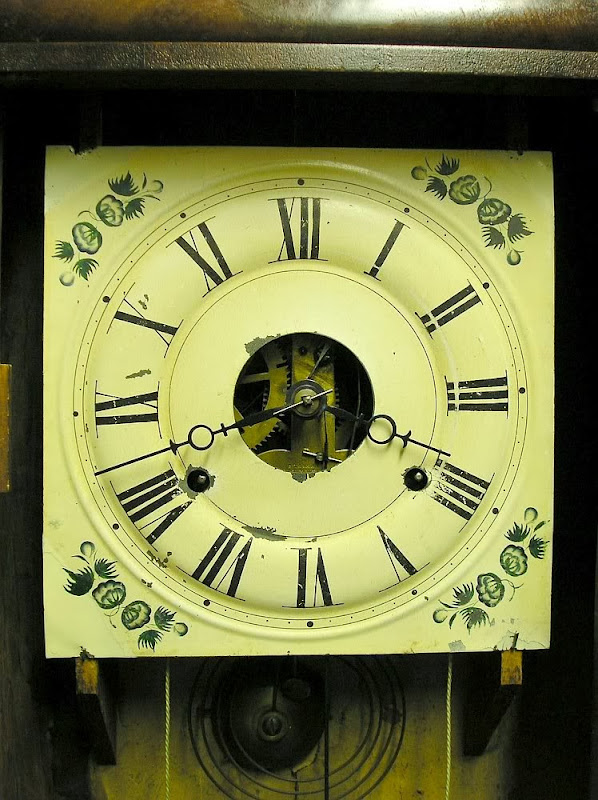 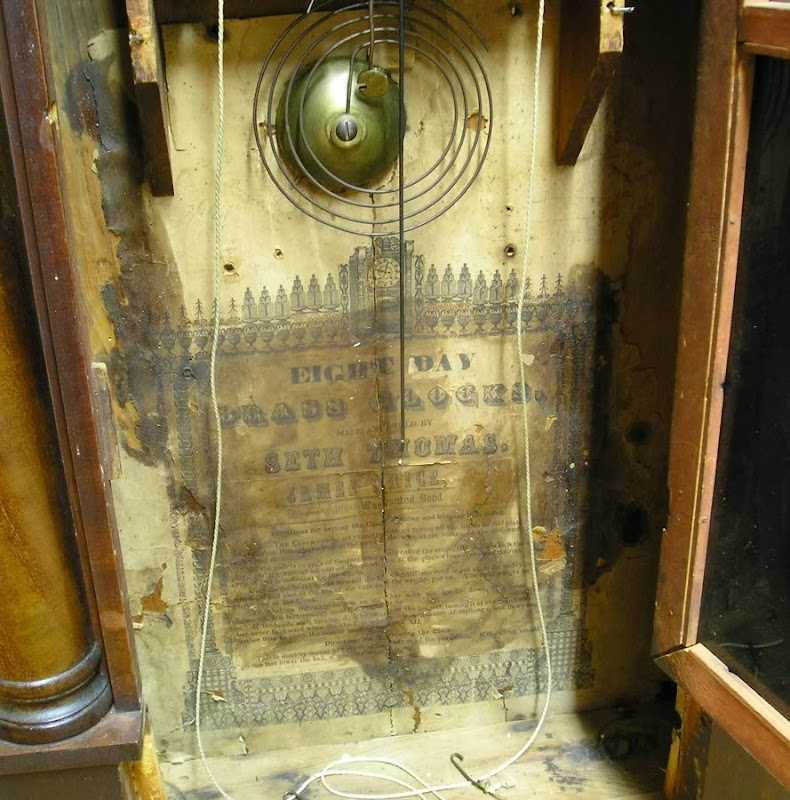 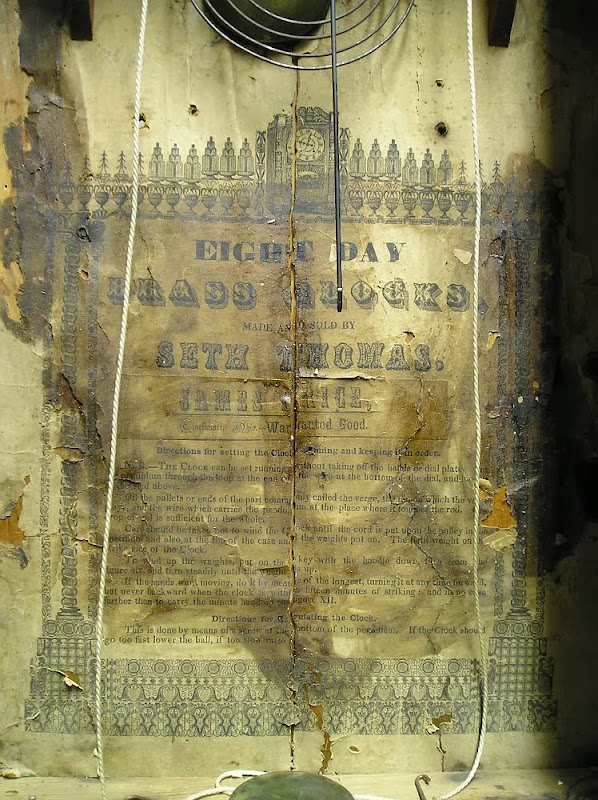 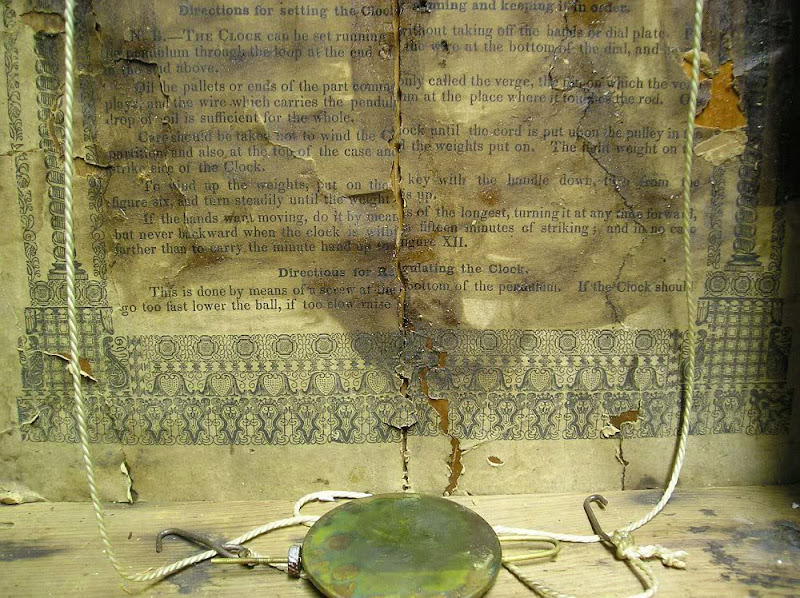 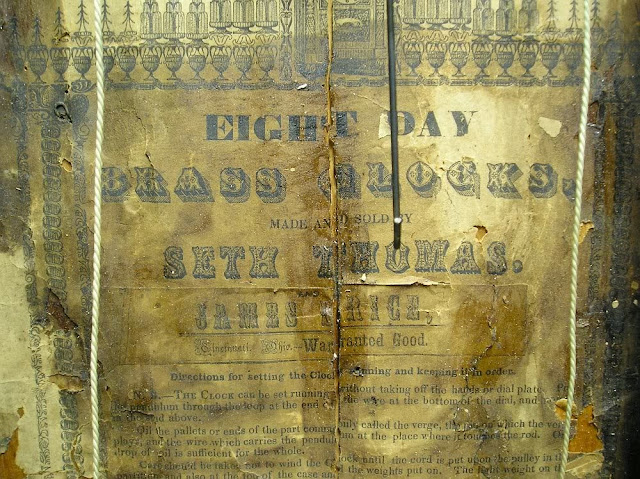 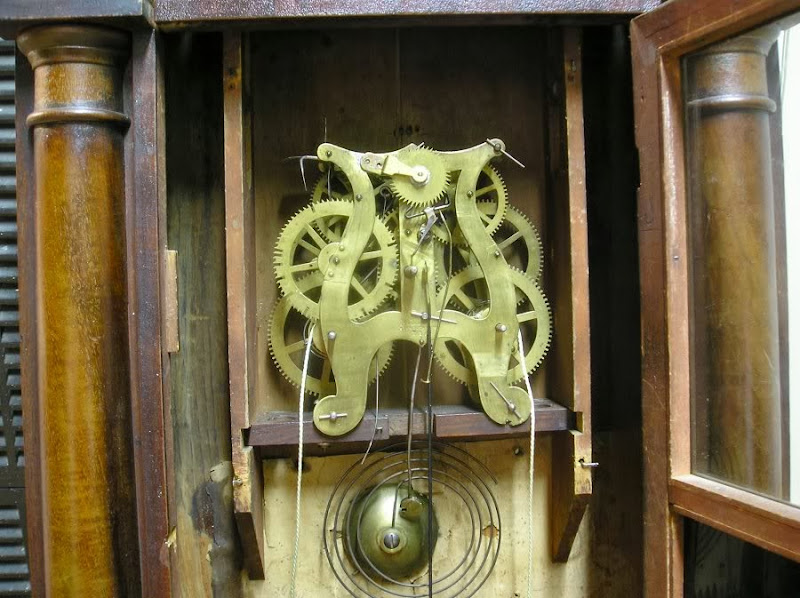 Note the fan, escape wheel and bridge, and crutch/verge. 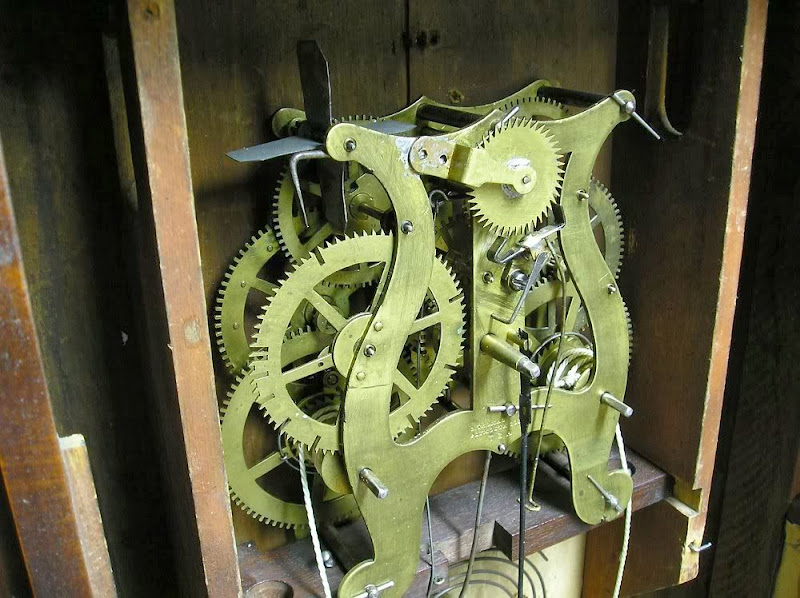 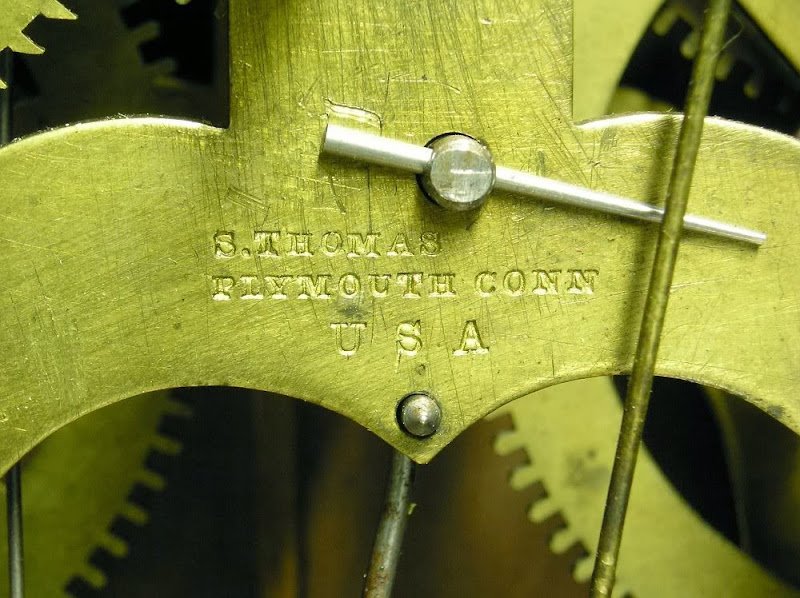 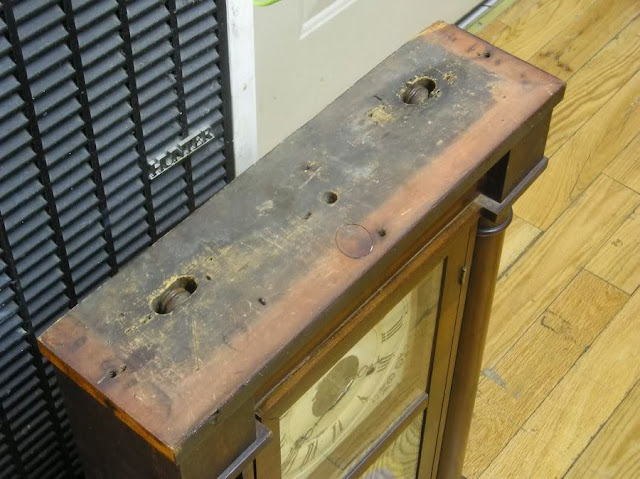