Here is a quick and easy repair job I did on two ogee clock weights. I bought this mismatched pair of weights this past weekend from an antiques place (for the bargain price of 5$ for the pair). Unfortunately, both weights had their top loops broken, basically making them useless. Fortunately I was able to add loops back onto them.

There are several ways that broken loops or weight hooks can be repaired. Some methods are better than others. Some methods are ugly, but functional, while some are downright risky. I have used a few different methods to attach loops to cast iron weights in the past. I believe I've done one with a tapped and threaded hole, which was fine, but left a rather large eye bolt for the loop (which wasn't the nicest looking). I have seen weights with large loops of bailing wire wrapped around them, and also some hooks held with poor solder joints (risky) and adhesives like epoxy (which can work well if the holes are cleanly drilled (free of oils) and if the proper epoxy is used.

This new repair (which I decided to try) used a tight friction fit only. These are pretty light weights (under 4lbs).

The new loops were made from old rusty wire to match the old rusty cast iron, and these are dropped into a hole drilled into the top of the weights. The holes are about 1/8" diameter or less, and about 3/8" deep.

The loops are held firmly into the holes with the addition of a taper pin. The taper pin is chosen for a tight interference fit, and it is trimmed so that it won't be too long, and it can be driven down into the hole. The shiny end of the pin can then be darkened with gun blue.

Here are the results.

Note: The two mismatched weights were paired with two other matching weights in my spare parts. You can see one weight with an original loop, and the one with the repair. 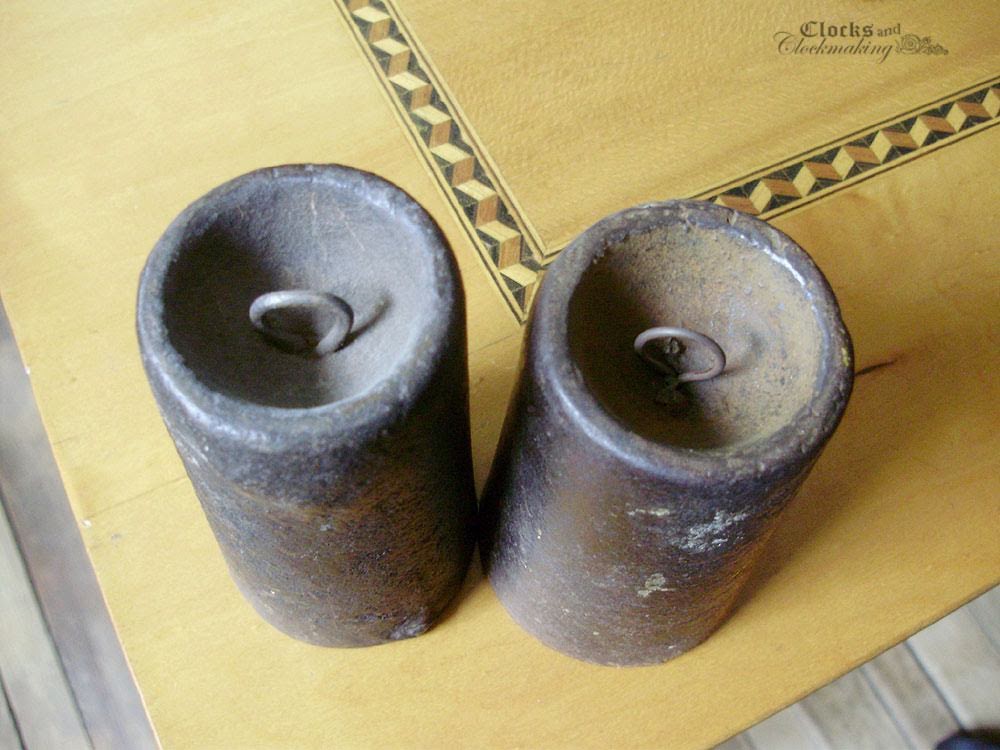 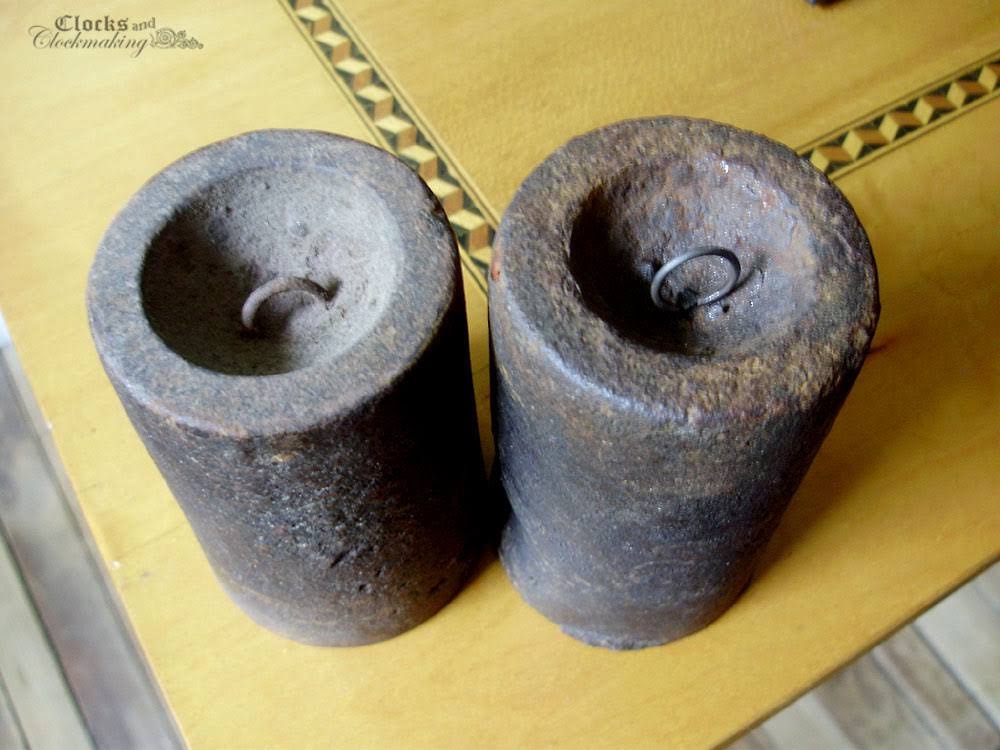 Here is what the new loops look like before they are installed: 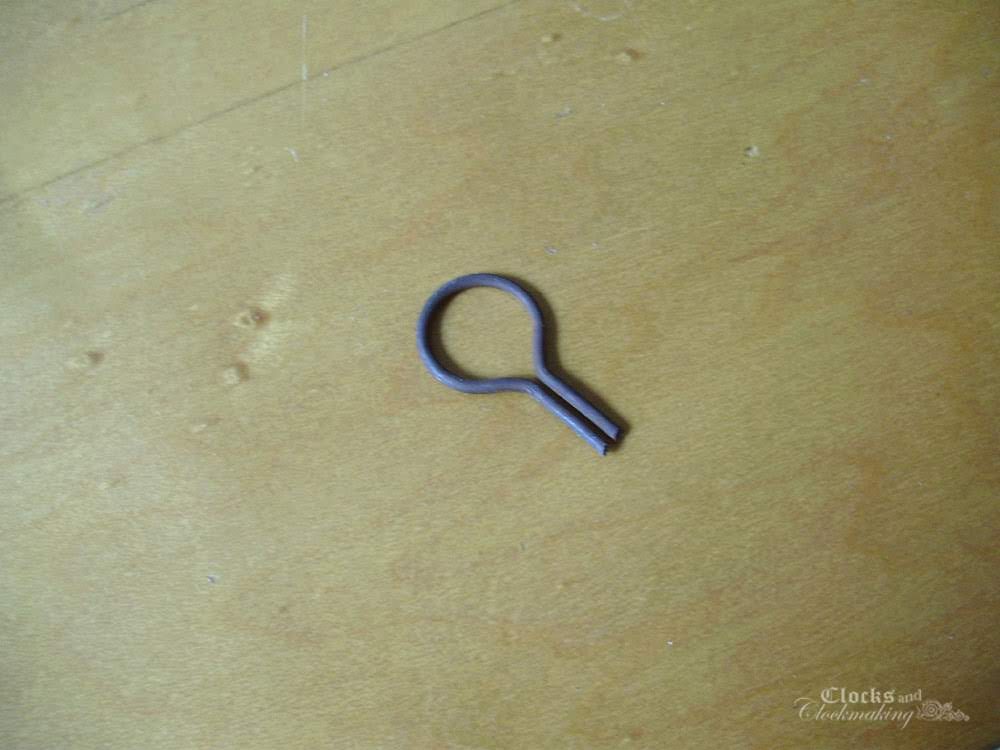